A Compass for My Bones \ Diana Smith Bolton 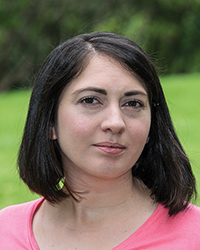 Diana Smith Bolton is the founding editor of District Lit. Her debut chapbook, Just Universes, was selected as the 2016 Mid-Atlantic Chapbook Series winner by L+S Press. Her work has appeared in journals such as 32 Poems, Beltway Poetry Quarterly, Gargoyle, Lines + Stars, The Northern Virginia Review, The Pinch, and anthologized in Cartography (Imagination and Place Press) and Disorder (Red Dashboard Press). She lives and works near Washington, DC.

With a clear gaze and distilled writing, Diana Smith Bolton has gifted us with a collection in which the language sings on the page and stirs in the blood. Her clean lines deftly balance between precision and lyricism. She writes “I feel the evening pull my hips, the moon/a compass for my bones.” This volume showcases a poet expertly steering through past and present, public and private, “roots … planted in what is read.” ~Teri Ellen Cross Davis, author of Haint

We must steady our hand, so the compass’s needle points North. That’s Part I of Diana Bolton’s aching, ruminative collection—childhood, faith, and identity inflected by landscape. “How to get back to you, Barcelona,” one poem asks, “to nineteen years old, to fervent and pious trust?” We cannot return. So Part II ventures further toward Alice and Ophelia, Queen Liliuokalani and Emily Dickinson. A Compass for My Bones is a lovely, startling collection of journeys. ~Sandra Beasley, author of Count the Waves and I Was the Jukebox

a museum of my childhood

Exhibit A. Bat Out of Hell II: Back into Hell

My mother is erasing the signs of her children:
I watch the dust swirl and plan to stay hidden.
The house stinks of willpower and Lysol
as sunlight decants onto my bedroom walls.
Mom ties a towel to the mop and wails with Meatloaf,
this suburban version of a scarf on a microphone.

My brother and his friend, both skating
toward high school, hold and straighten
and hold the limber yellow boards against
the posts. Their lives, though just fenced,
threaten to unfold. Four beers disappear
when Dad goes to Ace for nails. To interfere
is not his style. The sun drops behind
vast buzzing stretches of power lines.

Behind glass, the plates stand at attention
in the china cabinet, saluting guests.
My mother married up, and the invention
of a doctor-wife’s life requires only the best.
After school, I trace the parrots, fruit, lace.
The night my grandmother moves out,
she slides saucers into her suitcase,
stacking platters with silk-blend blouses.

The Deer by the Lake

It’s late when we step outside, cold clothes
wrenched back over our sweaty bodies.
An American flag snaps against its pole,

blocking and then revealing all those stars
glittering in Morse code. As I breathe
darkness, the woods all shadow and line,

two deer emerge, their meat stretched
tightly over bone. Their breath presses
the grass and whips the lake into spikes.

As the sweat lifts off our cooling skin
and the moon pulls our dampness up,
the deer turn toward us, and their nostrils flare.

I kneel before the refrigerator,
a penitent sinner.

To be thinner, there are nights
like this: the body’s tight pain

wailing for fullness,
anything else to suppress.

The warning is empty
next to thoughts that follow,