a novella of poetry by

The Advance Sale Discount price for this item has expired. For those who prefer to pay by check the price is $20/book (which includes shipping) and should be sent to: Main Street Rag, PO BOX 690100, Charlotte, NC 28227-7001. 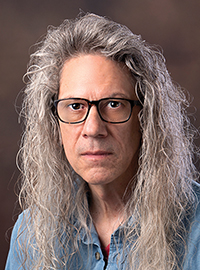 donnarkevic: Buckhannon, WV. MFA National University. Work has appeared in Rattle, Witness, Jewish Currents, Blue Collar Review and many other literary magazines and anthologies. A Best of the Net and Pushcart nominee with over 300 published poems. Main Street Rag published the chapbook, Laundry, in 2005. FutureCycle Press published, Admissions, a book of poems, in 2013. Many Sparrows, a book of poems, was published in 2018 by The Poetry Box. Plays have received readings in Chicago, New York, Virginia, and West Virginia.

“Jesus be a black man. / For certain. / …hanging from a tree / between thieves.” These poems speak truth through a story, so old, so new. Truths plain, hidden, haunting the dreams of Mr. Green, a white landowner. Follow the journeys of two young black men, see the woman setting free two canaries at the Five-and-Ten. This story in poems, beautifully told, has the power to raise the dead. ~poet Cheryl Denise, author of What’s in the Blood and I Saw God Dancing

We may think we know the story of racial injustice in the Jim Crow South, but for many readers Don Narkevic’s description of just what Blacks endured will come as a revelation. With piercing insight and wisdom, and with extraordinary poetic gifts, Narkevic grabs—and holds—our attention.  ~Sandra Vrana, PhD in Literature and Cultural Criticism, retired Professor of Literature and Writing

Think you’ve heard it all? Think again. Narkevic offers characters with real skin and real hearts. They’ll get under and into yours. This is a life-changing poetic experience. ~Barbara Smith, MA, LLD. 400+ published poems, short stories, 20+ books of prose, poetry, non-fiction.

Barefooted, I bust clods in a fallow field.
Dad drives the one-mule wagon
with supplies from the plantation store.
We are what I call shear-croppers.

I am sixteen. I have a mind.
Right now, I am daydreaming
about running away to a place
where everyone is black like me.

Walking through a wooded patch,
I see it. I have never seen a dead body,
never seen a man dangling from a tree.
I can’t make myself believe.

I yell for Dad, but the words dry up
like weevilled cotton filling my mouth.
I hear Dad whoa the mule.
In a minute he stands beside me

staring up as though Jesus suspends
between heaven and earth. Dad murmurs,
“Throughout Egypt the land was ruined
by flies.” Then I hear them.

Dad tells me to climb the poplar.
I say No.
He backhands me and orders,
“Climb the tree.”

My lips throb, but I won’t cry.
He hands me the hog-slaughter knife.
I tuck it in my belt
and climb the goddamned tree.

Going up, I pass feet,
the trousers torn, blood
turning blue on legs. Dad shouts,
“What’s taking so long, Will?”

From somewhere I smell shit.
I don’t know this guy,
don’t owe this guy. So why
am I climbing this goddamned tree?

The bare chest is a honeycomb
of bullet holes. I want to stick my finger
inside a wound to know this is
not a dream. Oh, Lord, my God!

I reach the head. I see
the eyes stare through me.
Is he amazed to see a black boy
in a tree not hanging by a rope?

Climbing out on the gray branch
I marvel at its strength
and wonder if he screamed,
if he showed any fear.

Did he believe in the God
who let His Son hang from a tree?
Did he forgive them
even though they knew what they did?

Reaching the rope,
the knife slices until strands fray,
until the dead weight sways,
until the body collides with the ground.

I see Dad cradle the stiff stranger,
the head on his heaving chest.
Nobody this young should die.
First time I ever see my father cry.

That night, by lantern light,
our axes fell the gallows.
By morning, the tree disappears,
never again to bear the burden.

As the sun rises, the cock crows.
In the barn, we hide the body
under bales of fresh-cut hay.
Tonight, we will find a proper grave,
where only we will go to pray.

Mom and Dad tell me,
“Will, be more like Jesus.”
In the Colored Bible,
Jesus be a black man.
For certain.
He got no job.
Just traipse around
with his crew.
Living on the bum.
Living on bread, fish,
and wine. Imagine that
brown paper bag
passed around a fire.
He got no place
to rest his head.
Maybe a tree root.

His Daddy dead.
His cousin, John, a con.
His Momma worry,
“What’s gonna happen
to that boy?”

Some woman
outta left field,
she perfumed
his bronze feet,
braided his hair
in cornrows.
And his eyes,
darker than wine,
looked on her
with perfect love.

He never lived
the life of Riley.
He bullwhipped,
spit on, called names
worse than “shitskin.”
His only Passion,
hanging from a tree
between thieves.
Lordy, Jesus be
a black man.
For certain.

I pay 25 cents to see Africa.
Funny, it looks like America:
a few white men ordering
the whole lot of “boys”
to move faster with toting.
They tired.
So, a white man whips them
to give them something
else to think about.

The white men come for ivory
tusks from the elephants’ graveyard.
White men know where
the graves are. A lot
of black “boys” die on the way.
In fact, just whites survive.

The white woman, she made sense.
She cried, saying, “We shouldn’t be here.”
Of course, she’s just a white woman.
She could not stop the white men.

After the picture show ends,
the audience just sits there,
like maybe there’s more,
a cartoon, a newsreel, a preview.
But we get our two bits worth,
and I get the feeling that
the white man only takes
an interest in Africa
until there’s nothing left,
not even bones.