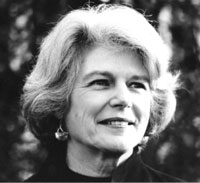 Diana Pinckney has published poetry and prose in such journals and magazines as Cream City Review, Tar River Poetry, The Deep South Writers Chapbook, Gulf Stream, The Comstock Review and others. Her chapbook, Fishing With Tall Women, won North Carolina’s Persephone Press Book Award and South Carolina’s Kinloch Rivers Memorial Chapbook Contest. Nightshade Press published her second collection, White Linen. Two of her poems have been nominated for a Pushcart Prize. Pinckney was selected for North Carolina Writers Network’s Blumenthal Writers and Readers series in 1994 and 1999. Her writing has won awards from numerous journals and from the North Carolina Poetry Society, the Poetry Council of North Carolina and the Charlotte Writers Club.

Her work has been published in the following anthologies: Trapping Time Between the Branches: An Anthology of Charlotte Poets, (Public Library of Charlotte and Mecklenburg County), Word and Witness: 100 Years of North Carolina Poetry (Carolina Academic Press), Earth and Soul: an anthology of North Carolina Poetry published in Russia (Kostroma Press) and Hungry for Home: Stories of Food from across the Carolinas (Novello Press).

Pinckney writes book reviews for Creative Loafing Magazine and teaches poetry writing in the Continuing Education Department at Queens University of Charlotte. She grew up in Columbia, S.C. and attended the University of South Carolina. She and her husband, Francis, have lived in Charlotte for many years where they raised three children and now have three grandchildren.

Summer hangs helpless and pale
from this thick sky. One state away

we walk, here to celebrate
a marriage, counting years with sand and salt.

From brown fields
to the tops of pines, long needles

from their nests.
The day we married, my ivory dress

was heavy with lace and sweat,
your Navy whites trembled

at the altar. Like flames
from the roots of sawgrass,

we have widened the path,
follow it even now. How reckless

to think we could’ve made
each other happy, much less be kind,

or that we could come this far
and not find fire.

Winter was not done with us
the year the furnace burned out.
My father shoveled and stoked,
hauled no telling how many lumps of coal
to the living room hearth, blue heat
circling us like a happy family.

When he said, We can’t afford
a new furnace, my mother’s glare singed
the air for days. Curled under blankets,
Grandmother’s quilts, any wool thing,
we took comfort from the dark sun
of my father’s voice as he read to us

by the fire and my mother’s refusal to huddle
or bundle. The ashes grew, gray mounds
consuming the cinders of a long damp March,
Mother promising, You’ll be warmer tomorrow,

as if she could dig spring from the earth
the way her hands had worked the soil
in late fall, planting white marble bulbs
soon to torch purple and yellow
on the table. Though nothing changed
the weather in that house.

The week Hiroshima and Nagasaki turned
to smoke and ashes, I learned to swim
in mountain water so cold
my legs shivered and jerked.
At the edge of the lake, a lifeguard
held my face, scissored my limbs
until she let go and the only thing between

me and the green gummy bottom
was my own body burning like a motor.
One afternoon as we sputtered and flailed,
bells began. Stepping from the water
we saw a silent tide of women, my mother
among them, moving down the mossy path
from the Inn to the pine chapel

where candles licked the windows.
Some carried small black prayer books,
a few covered their heads with scarves,
all the faces wet as mine.
On the trail a red sun lit the mica
in the rocks and flamed the lake
with a fire that rippled in every direction.