An Advance Sale Discount price for this title has expired. For those who prefer to pay by check, the price is $17/book (which includes shipping) and should be sent to: Main Street Rag, PO BOX 690100, Charlotte, NC 28227-7001. 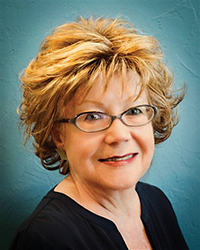 Sarah Brown Weitzman was a National Endowment for the Arts Fellow in Poetry and twice nominated for the Pushcart Poetry Prize as well as a Finalist for the Academy of American Poets’ Walt Whitman First Book Award Contest. Her poems have been published in hundreds of journals and anthologies including North American Review, Rattle, New Ohio Review, Verse Daily, Alaska Quarterly Review, Mid-American Review, Poet Lore, Potomac Review, Miramar, The American Journal of Poetry, and elsewhere. Amorotica is her fifth book.

Beginning with her take on the biblical creation story of Adam and Eve, Weitzman takes on God and the subsequent subjugation of women from Adam’s rib through her own personal journey. With candor and wit, she melds love, sex, tenderness, violence, desire and revulsion into this collection of poems that addresses what every woman experiences at some point in a feminist voice that reaches out to a broader audience. A must read. ~Jonathan K. Rice

A clear voice can change hearts and minds. It can open eyes, caress ears, and move feet. The poems in Sarah Brown Weitzman’s Amorotica do all of that and more. Page by page, Weitzman gives voice to women we need to hear—Eve, the Bride of Frankenstein, Matisse’s mistresses, victims, sinners, lovers, all—in ways that manage to open our hearts and eyes. ~Jack B. Bedell, author of Color All Maps New, Poet Laureate, State of Louisiana, 2017-2019

With lusty verve, Sarah Brown Weitzman embraces sexuality and eros in the poems of Amorotica, offering questions and answers in deft poetic lines that resonate boldly. A seemingly light touch with humor resonates upon rereading into deep concerns about what it means to be a woman today—one who can create “A poem that pulls you in/right away/then takes it slow/until you can’t wait to turn over/the page for what’s coming next.” This book rises and moves! ~Katharyn Howd Machan, author of A Slow Bottle of Wine

Eve was created not from dirt as was Adam but from a smooth, curved rib, and poet Sarah Brown Weitzman points out that ample time was taken to shape each of her parts. That difference between Adam and Eve accounts for the places to which women have been relegated since the beginning of time. With the story of creation as a pungent backdrop, Weitzman uses her revealing and affirming poems to tell the diverse stories of women’s lives. ~Christine Brooks Cote, Founder, Shanti Arts Publishing; Editor, Still Point Arts Quarterly

Sarah Brown Weitzman’s Amorotica offers the reader the sly and careful intelligence she is known for—but also a deep humanity and fresh imaginative turns that have the poems resonating far beyond her keen wit and craft. ~Christopher Buckley, Editor: Naming the Lost: The Fresno Poets—Interviews & Essays

There’s always been something forbidden
to women
apples, a last look
at Sodom and Gomorrah
that box left at Pandora’s.

Bluebeard’s latest bride wore a great ring
of keys at her waist.
Honeymoon and the weeks after
opening locks
entering rooms
inspecting the contents
but in the central corridor
of her attention
the one door her husband denied her.

Nor could that key be ignored
bumping bruises into her hip
snagging her silks
thrusting itself into her hand
whenever she reached for one of the others.

Nights it kept her awake.
What was behind that door?
What? What?
When she could sleep
she dreamed of bolts
thrown back
latches lifted.
But it was fitting
a key into a lock
she dreamed of most
the graphic insertion
the twists
that climaxed in her waking.

Yet it wasn’t what she’d expected
when it finally happened
to her nor
is it for any of us
when we open the door of an unlit room
and see the dark leap back
to make space for us.

THE BRIDE OF FRANKENSTEIN

Of that first birth
wrenched from the warmth of a womb
I have no memory. The second
woman not born of woman
I woke to the smell
of my own flesh burning
along every nerve
while memories that couldn’t be
mine flashed like lightning bolts
as I convulsed in the straps.

What you can now see, I saw
suddenly one day
in the great hall mirror.
But what can you know,
you with your skin like an uncut peach,
your mother’s eyes,
your father’s mouth?

A woman of parts,
I am the Eve of my kind,
patched, stitched,
a mouth like a tear,
doubly right-handed–
Frankenstein’s joke of efficiency–oh, then
why did he put longing in?

I want to break all mirrors in the world
and to flail the still surfaces of lakes
and blind you
to my outward self, to be pardoned
for this form. Father Frankenstein,
if you can’t love me, who will?

Until the 1950’s Wilkes-Barre, Pennsylvania
was a thriving city due to the coal mining industry

Something in the sound set in me a longing
to grow up, listening late
at night to the low departing whistle
of the last express as it escaped
to the world walled out from me
by mountains. Later when I learned
that my coal valley city
lay above a catacomb of tunnels
and shafts I thought too much
of those abandoned tracks.
I felt in my first-teen bones
the rotting of those timbers
in the stream of damp air down there
and dreamt one night of something coming,
of a demon living beneath the city streets.
The dream turned bitumen and I awoke
to first menses but I did not know
what it was but thought a cursed
thing had lain near me
and left behind his rusty smirch
a red that partly dried to coal
upon my bed and gown. Then
from month to month I lived in the gush
and cramp of dread that one day
walking in a clean pink dress
a huge anthracite hand
might grope up suddenly
through a curb grating or drain
and grab me by the leg and drag me down
to the mine in his need for gore.
I am grown now and have left that place
and childhood terrors but sometimes late
before the first bleeding of the sky
when the sound of a train’s far off whistle
starts that old flow of fear
the child in me still waits
for that damned smeared hand.