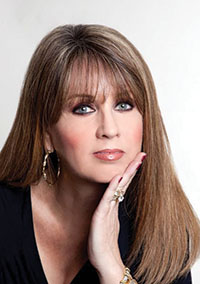 Carol Lynn Stevenson Grellas lives in the Sierra Foothills. She attended Santa Clara University, where she was an English major. She is an eight-time Pushcart nominee and a five-time Best of the Net nominee. She is the author of several collections of poetry including, Hasty Notes in No Particular Order and Things I Can’t Remember to Forget. In 2012 she won the Red Ochre Chapbook contest with her manuscript, Before I Go to Sleep. She is an Editor at The Orchards Poetry Journal and an active member in Sacramento’s Writers on the Air. She is also a member of Saratoga’s Author’s Hall of Fame and according to family lore, she is a direct descendant to Robert Louis Stevenson, or at least her mother said so…

Grellas laments, “there are never any angels when you need a sign,” but through lyrical language and haunting images, these poems provide comfort all their own. The persona reflects on losing her father through dementia – the forgetting of a life, language, history, and the pain we bestow on others – and then death, occupying a space in which she can’t imagine not grieving. But giving in to grief, Grellas reminds us, is a step towards healing. –Hayley Mitchell Haugen, Sheila-Na-Gig Editions

Carol Lynn writes with a compassionate, gentle and sophisticated hand. Her poetry is uniquely her own, instantly recognizable. This collection of poignant poems captures loving recollections of family. She explores life, death and that which happens between. –Corinne Bailey

When my Father Forgot the Days

There’s a haunting through the window’s
glass tonight, though my father’s never
called my name in need, I hear his voice,
though nearly freed, it stammers like an airless

candlelight. The lonely hours lost I’ve spent
with him, were proof of yesterday, now
vanished in a minute’s breath that’s held
within, unseen, his saddest song a silent

hymn when nothing’s all that’s left to say,
except I’m sorry every day his hope
was stolen from a bag of prayers.
There are never any angels when you need

a sign, a pair of wings or things landmarked
forever. And yet there is no way to answer
such a weeping in the dark. No holding
back your father’s heart from giving

into flight when heaven comes to thieve
him and disappears from sight.

There are little lessons I teach
my father every day, as he forgets
with age all that I remember.

I have become his device for retrieving
information about all things television,
all things birthdays and all things

he called his life. Sometimes
I ask him to spell the word trouble
backward, as if there’s a consolation

prize for knowing vowels and consonants
in reverse order. His daily test for what
we might call a good day; when he knows

his way around trouble. But there are
days we agree what a difficult game
this can be, days when the letters get lost

somewhere between his childhood
mind and every year that followed.
‘Don’t worry’, I’ll say, ‘don’t let it trouble

you’, and then we laugh and decide
trouble is an annoying word anyway
and who cares how it’s spelled. Because

it’s easy to know when trouble
is brewing, when things are more
trouble than they’re worth,

and on those days, we just sit together
and I take out old photos and we go over
all the names of his kids and grandkids

for the Giants, stand on the mound
like he used to do back in the day,
because sometimes it’s only about catching

the ball and throwing strikes and memories
of being a boy again; how every game
is game seven, and on those days, I smile

and say, yes dad, that’s how you spell Trouble.

When the doctor called with lab
results, she heard what she wanted
to hear, leaning left ear against

the hood of her cowl-neck sweater,
dodging the unfathomable; results
still pending a second test, deciding

it was best not to plan for early bad news.
This is just to say, the other day she saw
a crucifix hoisted up on the rear end

of a flatbed truck, as if Jesus had appeared
right there in the middle of highway 80,
and she felt guilty for every misdeed

ever done, because the sun was shining
just right. She thought the end had come
but it was only a silver beam tied

slantwise atop an oversize bar
which formed a makeshift cross along
the gravel highway, suggesting

everything has already been written
by a far mightier hand.