The Advance Sale Discount price for this title has expired. For those who prefer to pay by check the price is $19/book (which includes shipping) and should be sent to: Main Street Rag, PO BOX 690100, Charlotte, NC 28227-7001. 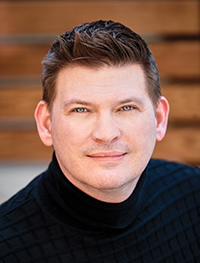 AE Hines (he/him) grew up in rural North Carolina and currently resides in Portland, Oregon. His poetry has been widely published in anthologies and literary journals including I-70 Review, Sycamore Review, Tar River Poetry, Potomac Review, Atlanta Review, Crosswinds Poetry Journal and Crab Creek Review. He is winner of the Red Wheelbarrow Prize and a finalist for the Montreal International Poetry Prize. More info available at www.aehines.net.

The poems in AE Hines’ debut collection, Any Dumb Animal, move deftly in time, like the best of memoirs, shuttling back and forth between past and present. I was amazed over and over at the bravery of these poems, never shying from the difficult moments in life, and all the while staying true to the clear-eyed, fearless vision of their author.  ~James Crews, Editor of How to Love the World: Poems of Gratitude and Hope

AE Hines’s finely made memoir-in-verse explores the ways we inherit and overcome the lingering hurts of family, from a father grown “cold like the hood of his Pontiac,” to the isolation of a marriage in distress, to a “gay divorce,” in which the couple’s shared sock collection stands in for what cannot be neatly divided. With a strong gift for storytelling and an eye attuned to detail, Hines ultimately shows us the beauty and knowledge made of experience: “that’s how the light finally gets in / and the soul gets out.” ~Richie Hofmann

In riveting autobiographical poems, AE Hines tells of growing up gay in a homophobic, evangelical family that—in demanding conformity—can “only love a man / down on his knees.” And Hines “can never be that man.” No. Never. This compellingly candid work speaks the language of his courage, of breath-taking transcendence. Finely crafted, Any Dumb Animal is a remarkable debut collection. Take note, world: a powerful lyric poet has emerged. Take note and rejoice!  ~Paulann Petersen, Oregon Poet Laureate Emerita

Years later, in college, drunk
on cheap beer, I call home to tell
my father he’s a real son-of-a-bitch —
tell him I hate him, hated his dragging me
to the floor from my bed, placing
his Atlas-like form over mine
to hold me until I couldn’t breathe.
Hated how he force-marched me
through the hardware store, squeezed
my fingers, grinding the tiny bones
until I surrendered in tears
and gasping pleas for release.

In this same keg-induced phone call
I tell him his only son is gay —
like it’s some kind of punishment —
but he just sighs, long silence
the only condemnation I hear.
“I blame myself,” he tells me,
“Wasn’t hard enough on you. I failed.”

Two decades pass
before I understand how.
I sit in the office of a marriage counselor
with another man
who has diminished me for years,
squeezed, grinded, pinned me down.
I listen as he struggles to explain
he really needed the affair,
and try as he might, he just can’t,
won’t, apologize for it.

If my father was ever tender, I don’t remember.
By the time I could forge memories, he’d grown
hard, cold like the hood of his Pontiac
on a January morning. Surely he must have changed
my diaper or offered me a bottle when my mother’s milk
ran dry. Held me when I cried.

Biology has blessed us with the strongest recollection
for what to avoid, so I don’t know if he ever lifted
my little body to the sky, or carried me on his shoulders.
Instead I’m left with random sensations — the burn
of the electric fence on my uncle’s farm,
how my father told me to grab hold of the naked wire,
so that I might remember, he said, so that I could learn.

I can still make out my uncle’s orchard, the sun glinting
off the silver leaves, but not the first time I crushed
a grape between my teeth or tasted the juices straight
from my fingers. Perhaps there’s simply too much good
to remember, too little space in our brains to hold
both the good and bad.

When I was sixteen, overtaken by desire, I first
understood what my father thought of me.
He said the saddest son-of-a-bitch he ever knew
lived out in the woods with a daughter who longed
to be a son, and a son who chased every boy in town.

It was the same year he left our family, the year
I discovered in his belongings a picture he had taken
of me when I was four. All cherub smile, the sun ablaze
in my hair — a photo he must have treasured
since he said he’d kill me before he let me have it.

Which is really something when you think about it —
the memory of the boy he had seen through the lens
so much better than the real thing standing
right there before him.

This Morning After the Riots

Like the weather of my childhood in the Deep South.
Thunder crashing over our roof, rattling every window,

lightning, then hail firing down like bullets, pinging up
from the ground and ricocheting off the glass.

Last night, people who for weeks wore masks, marched
to downtown Portland and set fire to the courthouse.

They burned cars and broke windows. They hurled rocks
and firecrackers at police, then looted the Louis Vuitton.

All night, flash bangs, tear gas, the roar of helicopters.
This morning thunder and hail and rain.

Rain, the angels crying over some injustice done to man
by other men. The sun still shining, the Devil, beating his wife.

Another Memorial Day. Another bright Monday. The sun
glowering down, another white officer snuffing out

another innocent black life. This is not mysterious.
This is plain as the dead man’s face.

“Be quiet,” Grandma would say at any coming storm.
“The Lord is doing His work.” And then it would thunder.

Then it would rain. We sat at her window still as corpses
and watched His bright finger crawl the dark, trembling sky.