Appearance of the Sun / Ron A. Kalman

Appearance of the Sun

TheAdvance Sale Discount price for this title has expired. For those who prefer to pay by check, the price going forward is $16/book (which includes shipping and applicable tax) and should be sent to: Main Street Rag, PO BOX 690100, Charlotte, NC 28227-7001. 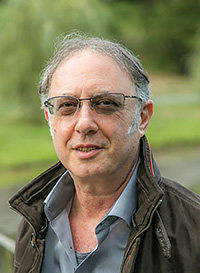 Ron A. Kalman was born in Haifa to parents who fled Budapest during the Hungarian Uprising of 1956. He spent much of his early childhood moving about (from Haifa to Paris to Boulder) before settling in the Boston area. He received his MFA from Emerson College, and his poems, along with his translations of the famous Hungarian poet Attila József, have appeared in The Exquisite Corpse Annual, The Somerville Times, Boston Literary Magazine, Ibbetson Street and other publications. He has long worked as a limo driver.

In Ron Kalman’s new book of poetry we get a clear and searing picture of the love affairs and shattered dreams of not only himself but also of the acquaintances, beautiful and otherwise, in his life. His poetry is rich with insight for the human condition, and he lets himself bleed—for the sake of the reader—and maybe the poet himself. ~Doug Holder, Ibbetson Street Press

When the muse calls, answer says Ginsberg. Ron Kalman answers the call in his new poems. In “Living with the Famous,” Kalman regales us with a sestina about his lover: “I was your Trotsky and you were my Sally Bowles.” He transports us to Greece, Paris, San Francisco. “To Know a city / you have to walk it through.” Order your copy of Appearance of the Sun and enjoy this poetic journey with Ron Kalman. ~Ed Meek

How rare, how marvelous, to find a collection of poems that so artfully explore the beauty and insight of humans being human, whether on the streets of Paris or in a basement laundromat. Kalman uses just the right words to tell the tales of lovers, writers, dreamers, and fans of Allen Ginsberg in a way that sparkles and zaps This is, to me, what poetry is all about. ~ Robin Stratton, Some Have Gone and Some Remain

It is sunny,
not a good day for a revolution.
Instead, I plan to go to the drugstore,
buy some soap and cough drops,
then pick up my shirts from Erin Cleaners
where a red-haired woman always stands
behind the counter. I might mention
to her that she’s oppressed. Yes!
By the British because she’s Irish.
As a worker because she must sweat all day
in the laundry. And as a woman ruled
by patriarchal society.
Or maybe I’ll just say,
“It’s nice outside.”

You pop up in bed,
like bread from a toaster,
then smell smoke in the hallway –
you dress in torn jeans
and stuff your poems in the refrigerator –
you stand in front of the building
in cold wind and drizzling rain,
look for the fire truck to arrive,
then find Chuck and Cathy bleary-eyed
and carrying Sasha in a cardboard box –
Lisa staggers down wearing a nightgown and sweater,
and you all laugh as Chuck says,
It’s a surprise going away party for Lisa –
the fireman says some guy
left food on the stove and is lucky to be alive –
you climb the stairs back to your room
and lie on your bed
to find the night stretched out before you
endless hours in length,
and you remember that Allen Ginsberg once said,
When the muse calls – answer

Now that the play is over,
I spend my evenings
swimming laps in the pool,
oscillating between the walls
as methodically as a wave,
my thoughts drifting back
to the stage where I stood
beneath the lights close
to Charlotte and watched
the sweat pour down her face
while her voice carried
to the surrounding darkness.
In return came an occasional
chuckle, a laugh. Offstage,
I would sit in the lounge
where Catherine stretched
her legs out on a chair, her saffron
gown pulled up to her thighs
while she smoked and talked
of the upcoming audition:
a movie was being made
of The Crucible. Beside
Catherine sat Christine who
once showed us the step dance
she performed at weddings
and told us of the yearlong diary
she’d once kept for Abigail
that she hoped would now
prove a good omen. But
of the three women only
Charlotte was chosen
to act with Winona Ryder
and Daniel Day-Lewis. In
our circle, at least, Charlotte now
has what we all crave, that aura,
as ephemeral as the mist
rising from the pool.