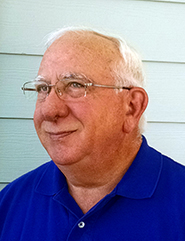 Richard Allen Taylor, of Charlotte, NC, has authored two previous poetry books, Something to Read on the Plane and Punching Through the Egg of Space (2004 and 2010, respectively, Main Street Rag Publishing Company). His poems, articles, reviews, and stories have appeared in Rattle, Comstock Review, The Pedestal, Iodine Poetry Journal, Wild Goose Poetry Review, moonShine review, Asheville Poetry Review, and South Carolina Review, among others, and in various anthologies. Taylor currently serves as review editor for The Main Street Rag literary magazine and as co-editor of Kakalak, a journal of poetry and art featuring writers, artists, and photographers of North and South Carolina. He and his co-editors were honored by Central Piedmont Community College as the recipients of the 2016 Irene Honeycutt Legacy Award for service to the writing community. After retiring from his 44-year business career in 2013, Taylor earned an MFA in Creative Writing from Queens University of Charlotte in 2015.

In his fine new volume of poems, Armed and Luminous, Richard Allen Taylor’s gaze remains fixed on “the blue pearl of earth”—a perspective that issues, literally, from on high. Taylor’s quirky, unforgettable speakers have the power to conjure and dispatch angels on a whim, those of lore like Michael and Gabriel, but fallen angels as well, strangers that “blend in like sand in the desert.” With grace, humor, and abundant humanity, these memorable poems dig down to the daily fodder and pomp of what it’s like to draw breath on the mysterious earth, that plane of faith and desire vouchsafed through language. —Joseph Bathanti, Poet Laureate of North Carolina, 2012-2014

Readers of Armed and Luminous will be visited by an angel of imagination, the poet, Richard Allen Taylor. His poems take us to a world of gods and angels and at the same time keep us grounded in this earthy world by a deft use of the current vernacular, dialectic, and the author’s acute ear for dialogue. Archangels Michael and Gabriel wing their way in and out of these well-crafted poems. The use of form and internal rhyme heighten a serious and sometimes sly banter with the Angels of Death, Grief, War, and Pain. A Creation story pictures the apple scorned and all of us as naked vegetarians rooted in an overpopulated Eden. We meet young lovers who walk the tightrope…between fear and courage, and married couples easing into acceptance. The Angel of Chance, named Ace, badda badda booms his way through a poker game, and an angel atop a Christmas tree shines down hope, a drug best given in small doses, from one generation to the next. Closing with angels of forgiveness and beauty, this book leaves us with a lingering feeling that we have taken flight with the luminous.  —Diana Pinckney, Author, The Beast and the Innocent

Ask a moonflower how to die, teach someone the art of reaching, consider the limitations of emoticons, create angels of everything, recollect in tranquility your first kiss, realize and appreciate the temporary nature of it all, and, as a result, live better. These are the simple lessons of Richard Allen Taylor’s poems, and reading them will help you attend to such vital matters with greater urgency. —Scott Owens, Author, The Next Big Bang in the Galaxy at the Edge of Town

The ancients believed the sun and moon
were lovers, yet they never touch, each
confined to its separate house, one in fire,
one in coldest light. Their trajectories
never cross, but keep their distance.

Look up, or down—it’s all the same—
and view the blue pearl of earth,
the sun a hot white dinner plate
we dare not face, the stars sharp
torches poking through the black.

Remember when, lying on our backs, we saw
our futures in the constellations?
I was Orion come safely home,
you Libra, balancing the scales
of possible and impossible.

We should have been astronauts,
sealed in our suits,
each alone to fog
our separate faceplates
with our toxic exhalations.

Return to the ship if you must.
I’m setting out for the nearest star.
They say an ocean of oxygen
lies somewhere
between here and there.

Katia leaps into a triple axel,
sky-blue sleeves fluttering, then descends,
an angel from a tornado, to the ice below.

Her skate wobbles on landing, but her fight
for balance looks easy. Within seconds,
she leaps again, backwards to a double Salchow,

then skates a wide lobe as shrill cheers
echo off the stadium dome. She ascends
from a crouch through a blue whorl

in a dazzling candlestick spiral, then,
with outstretched arms and graceful bow,
accepts the adulation of the crowd. She glides

to the Kiss and Cry to await the judges’ marks.
Her coach and teammates greet her, but her fiancé,
Janos, her anatomically perfect but hard-to-love

ski-jumper, waits miles away for a signal,
wondering how much longer he can walk
the tightrope strung across the chasm

between fear and courage. Nothing to do
with jumping. Everything to do with marriage.
The buzzer sounds. In a shoosh of skis,

all doubt and hesitation disappear in the rush
down the rutted, white-ribboned ramp
to his longest jump. He soars, a helmeted wing,

far past the edge, well beyond prediction.
On the ground, he returns to being human. For him,
love is a wing that must be bent into perfect form.

For her, love is a quadruple axel, the impossible feat
she has never done. Still, they are trained to perform.
They make their fight for balance look easy.

The Train to Redemption

I almost miss it, but catch the last car,
find a window seat next to a woman
who opens her bag of sewing—
needles, pins, fabric spilling over
her knees—and what she’s sewing,
I don’t know. She says nothing
as I lean my head against the sad
window, and watch the land scroll,
trees waving like sword-grass
in a rush of green infantry, charging
the horizon until the sun sinks
and pulls the sky down with it.

After an hour of darkness, the lights
of Redemption appear and the woman
hems while she hums, a tune I won’t name
because it’s one of those that sticks
in your head and drives you crazy for hours
once you hear it. As the train approaches
the station, the air in the car smells
like apples and rain, and this woman
who has not spoken to me, but has
the gift of threading her eyes
with whatever the moment requires,
stitches me with a look of forgiveness
I didn’t know I needed.