As Breaks the Wave Upon the Sea / Robert Wallace

As Breaks the Wave Upon the Sea

The Advance Sale Discount price for this title has expired. For those who prefer to pay by check, the price is $21/book (which includes shipping + applicable sales tax) and should be sent to: Main Street Rag, PO BOX 690100, Charlotte, NC 28227-7001. 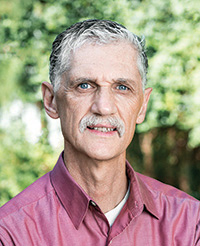 Robert Wallace has received a Writers’ Fellowship from the NC Arts Council. He has published fiction in the Bryant Literary Review, the Raleigh News & Observer, and the International Journal of Comparative Literature and Translation Studies as well as in the anthology Racing Home: New Short Stories by Award Winning North Carolina Writers. He has critiqued manuscripts for the North Carolina Writers’ Network for the past twenty years. He is a two-time winner of the Doris Betts’ Fiction Prize. Wallace’s novel A Hold on Time was published by Paper Journey Press in 2007. He lives in Durham, North Carolina.

In this remarkable story collection, As Breaks the Wave Upon the Sea, Robert Wallace leads us deftly, assuredly but with utmost sensitivity and understanding. His narrators, many of them female, very young to very old, show strength and self-awareness both believable and extraordinary. Wallace shows them precocious, insightful and yet human, with frailties and blind spots. These beautifully-drawn characters inform us, and leave us better, more sensitive and more understanding, than before we met them. ~Gregg Cusick

For the characters in these stories, loss is a jumping-off point. The question is, what comes next—into what new worlds will loss lead? This is rich territory, and Robert Wallace mines it with skill and imagination. His characters pulse with life; his settings are vividly drawn—North Carolina, Michigan, pandemic-era New York, where the streets are empty and “the air simply smells like air.” This is transporting work by a gifted storyteller. ~Kim Church, author of Byrd

There’s Something I’ve Been Meaning to Tell You

From time to time there comes a passerby. One even offers to help—a kindly old woman who has a wad of tobacco in her mouth. She doesn’t appear to be in any condition to be of service, so the younger sister smiles at her and shakes her head. She stands there, looking out the window, several stories—she never remembers how many—above the mostly empty street. If she wasn’t in the city, the skyscrapers gently swaying in the wind, she would think she was in the wide-open west, the streets barren as a tunnel of prairie, the occasional crumpled wad of paper impersonating tumbleweed, somersaulting along the deserted pavement.

It is cold this morning. The window feels cold anyway with her nose just inches from the pane; her wheezing breath spotting the glass with moist droplets from her mouth. She takes a hand and wipes the glass, swiping across the pane with her open palm and feels a portion of the glass has white frost on it. Her palm removes some frost like ice being cleared from a frozen lake. For a moment she looks at her palm, at the flakes of ice clinging to the heel of her hand, and she bows her head so that her cotton-mouth tongue, poking between her parched lips barely licks the frost. She quells a desire to cough.

Her sister, the older one, is still asleep. Her door is ajar, and she can hear her snoring, her gentle breaths softly hissing like a poignant whisper. Occasionally there comes from her sister a word or two, like now, even a shout, and she will walk to her room and peak in to find her sister still asleep, having a dream. She goes back to the window. This is her favorite time of the day. Rising before the sun comes up; she goes straight to the kitchen and turns the stove on to boil a kettle full of water. Then she uses the bathroom, and by the time she is finished the kettle is just beginning to whistle. She takes that first cup of Darjeeling tea to the window and although she can see very little—the faint outlines of buildings and lights from apartments and offices—she sips her tea while the ash-colored sky gradually comes into view.

When she was eight, growing up in Upstate New York, with her mother and father, her sister and her brother, they lived on a lake. This lake, the name of which she sometimes forgets, though her sister has never forgotten, was deep. The water had this unusual distinction of being shallow on the right side of the pier and deep on the left. Their parents had told them to swim only on the right side. None of them were strong swimmers yet, and Joseph, being not even of school age, couldn’t swim at all. She recalls how Joseph used to tease her and her sister when they were alone in the lake. “I’m going to jump off the pier into the deep water,” he’d say. He took pleasure in teasing his sisters, and she could never understand this desire to frighten them, for it did frighten them, especially her sister, she being the oldest and responsible for the both of them while they were alone together.

On a good day (and every day is a bad day since the pandemic) she remembers everything, not just the good times, but even her father’s temper, or her sister’s deceased husband’s affable flirtations. Once the both of them took her, when she was a girl of fifteen, onto the roof of the house—the flat part above the front porch. She sat between them; it was dark, and she was wearing shorts and the asphalt shingles felt like sandpaper against the back of her legs. Her sister had been married to the man who sat on her right for only a year. He was tall, clean shaven, and his leg was touching hers and it made the little light hairs on her leg stand up as if they had been suddenly struck by static electricity. His hair was slicked back with Brylcreem, and he smelled of sandalwood. She thinks back on that day now, as she stands looking out the window, sipping her steaming tea, and she realizes she was in love with her sister’s husband. He was a man of twenty-five, and she just a little girl to him; yet the excitement she felt on the roof sitting next to him with her father on her other side; it makes her blush even now. They were waiting for the meteor shower to begin. And when the first one came hurtling across the black sky, she felt a rush of excitement. “There’s one,” she said, and her voice had a high-pitched treble while she simultaneously pitched forward so that Jim reached for her arm, clutching it in his large hand to keep her from falling off the roof. “Be careful, Clara,” he said, and she remembers the feel of his hand on her arm to this day.

If you would like to read more of this story and others by Robert Wallace,
order As Breaks the Wave Upon the Sea