As Water Dreams So Do I \ Blynn Field 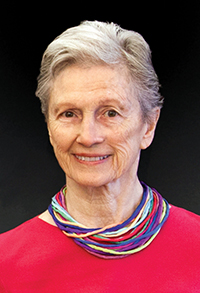 Blynn Field was born and raised on the Ohio River, in Louisville, Kentucky. This river also served as her mother’s guide out of a small Pennsylvania town into a broader life at the beginning of the twentieth century. Blynn crossed the Atlantic Ocean on a “student ship” (a former troop ship) in the fifties to spend the summer with a French family. This experience led to her career as a high school French teacher. When her love of poetry inspired the chapbook, Whale Watch Cottage (Main Street Rag Publishing Company, 2011), the setting was the coast of Maine. Appropriately, then, this collection of poems has been named As Water Dreams, So Do I.

Blynn Field’s As Water Dreams So Do I represents a poetic evocation of a life, arranged roughly chronologically. Section I, “The Early Days,” features poems about visiting eccentric relatives, exploring new sights and smells, and a first sojourn to France. Section II, “The Middle Years,” focuses more on changing relationships and grandparenting. Section III, “The Late Years,” is the most surprising, when the widowed poet finds new love in her eighth decade as well as a broader understanding of social issues. The ending is richly affirmative of a life fully savored and well lived. —David Radavich, author of The Countries We Live In

Join Blynn Field in her joyous and loving dance through life. This collection of carefully crafted poems is a marvelous journey of a remarkable woman. A poet, a dancer, a daughter, mother, wife and lover of all things French, all things beautiful, Field invites us to believe in each chance to say “YES” as she did and does to what Mary Oliver calls “our wild and wonderful lives.” I call As Water Dream So Do I a dream of a book. –Diana Pinckney, author of The Beat and the Innocent

“He’s not what I expected,”
my sorority sister whispered,
glancing at his slumped shoulders,
the cigar stub clenched in his lips.
That was my father, who zigzagged
through land mines all his life.

Orphaned at thirteen, he left school
to operate an elevator, endure the insults
of riders, raise himself with three brothers.
He avoided the unknown, shunned
travel – except the trip to see me
graduate from college in another state.

I can picture him leaving the house,
late as usual, the rush to the airport,
his baseball lope toward the runway,
determined stance – arms up – before
the idling twin-prop plane, whose
pilot reluctantly lets him on.

After the ceremony when we ate in a chic
café, watched well-dressed parents pass by,
he murmured, “One thing for sure,
it takes money to measure up in life,”
my stomach lurched like the kites we
had flown on Kentucky hills.

if we move on from this house where
you’ve come to observe and console.
You introduced yourself that distant spring,

with a dialect that was strange, the language
familiar – like my parents’ exchange when one
entered the house, “Hoo-hoo,” “Hoo-hoo.”

One summer when we were eating on the deck,
from the roof you sized up our pork chops
as if you were Grandfather Kittelberger, the butcher.

When I was walking the dog on a fall day,
you looped the loop from tree to tree – my father
telling me to loosen up, have some fun. I once

spotted your backside hunkered on a limb
near the window where I was writing.
In seconds I was at the kitchen table, my mother’s

back to me and her foot tapping as I plodded
through a school essay on “Why We Should Hire
The Handicapped.” I’ll not forget

your steadfast presence on nights
when the house slept and I rocked a baby,
drew up a budget, waited for a teenager,

nor the morning you broke into my yoga exercises
by calling down the chimney as I was struggling
from a Cobra into a wobbly Downward Dog,

After four sips, he is less exact
and I am less abrupt.
After six sips, I am less withdrawn
and he doesn’t exaggerate as much.

A final swig, then reaching
for the cherry prize, we marvel
how we’ve allowed our flame to sputter,
but never doused the glim.