Because the Dirt Here is Poor / Lindsay Wilson

Because the Dirt Here is Poor 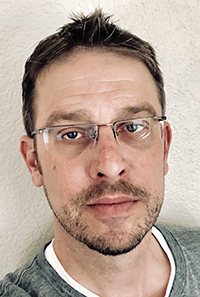 Lindsay Wilson is an English professor at Truckee Meadows Community College where he edits the school’s literary journal, The Meadow. He has received a Silver Pen from the Nevada Writers Hall of Fame as well as a Special Mention in the Pushcart Prize XLII. His first collection of poetry was No Elegies, and his poems have appeared in The Missouri Review Online Poem of the Week, Verse Daily, the minnesota review, The Carolina Quarterly, and The Bellevue Literary Review, among others. He is the former Poet Laureate of Reno, Nevada.

In Because the Dirt Here Is Poor, Lindsay Wilson offers a tight collection of image-driven poetry where the language never ceases to shock and surprise and resonate. Wilson’s poems traverse America’s western deserts and dry lands as well as the soulful longings of the human heart. In these disquieting times, Wilson has written a thoughtful and important collection when we need it most. ~Nathan Graziano, author of Almost Christmas and My Next Bad Decision

These poems are like the seedbeds Wilson is planting in the new earth of his high desert home: they carve from roots that will not go away—family, lovers, and old lessons taught by the men who argued in the orchards. I listen for Wilson’s hands turning that field of memory and stones. ~Shaun T. Griffin

From your trailer’s deck, you watch your father drift
down the front hill of your land along the seasonal creek

that fills the sink you’ve named, The Waning Pond. Tonight,

your father in his night-skins, calls to you, asking if you remember
your first season here, carrying the county-fair goldfish

of watching the fish turn endlessly in its palm full of water.
Do you remember how for weeks you knelt at dusk

with your thin-pinch of food, studying the wind’s ripples

for the fin’s sail, a wink of gold in muddy water? And then Nevada
began to teach you its slow contraction, how the land and wind

take their drinks each night until the snow-melt sinks

into the hard-salted earth where you found its one bulbous eye
looking upward. You did not gather it then and bury it,

did not cry out. Instead you named it, Seed for Next Spring,

which is what we do inside the stare of loss’ knowledge. Name it.
You learn about place this way, how each spring fills the pond,

how the summer drinks it. This is how the desert heals, and this is why

you place your father here mending the fence line because what are we
without borders? The first lesson of the Nevada: what we carry here

dies here. No rivers in the Great Basin could lift you to the sea.

At dusk, if you are lucky,
this man-made lake’s surface
lays as still as hand beaten metal,
the thin imperfect mirror of which
breaks with each fish biting
at the steel ceiling of this water
they are indentured to. This evening,
the stepfather, in his cutoff jeans,
wades knee deep to chum this cove
with chicken liver blood, the stain
of which seems to grow across
the surface while you tie the barbed hooks.
You know soon the cheap livers will thin.
You know soon he will turn to you
and you will peel off your shirt,
and give the scarred lines he wrote
on your back a little late sun
before taking this dirty lake’s baptism
and dive down to the bottom
filled with mudsuckers and weeds
and the clams you find handfuls of
sifting blindly through the muddy silt,
and when you rise through
that bloody water, you will redeem
the night with your poor bait.
Stepfather, here is my offering
of truce, these clams I place on the shore,
and here a catfish that swallowed
a hook I cannot undo. Once again
it’ll be whiskered channel cat
with its thin wafer of tail fried
with potatoes for dinner,
and we will use a simple slice
of thawed white bread to mop
what remains on the plate’s bottom.

On the stove the jars boil
clear in their bath, the steam lifts
then twists through our open windows
where the drowsy wasps of February
have woken to stumble against
the screens, groggy in their slow halting
flight like bad news at our door.

This is winter? This heat? This news
showing up with these hornet wings spread
too soon? Even the black-hooded Canadian
geese loitering along these lawns
have begun again to believe in north.

II. It was Beginning Spring

All along my evening walk to the bar
the bulbs of March push their hard
green blades through the soil. At their roots
they sharpen their bright trumpets.
The cherry trees along the striding avenues
have been swindled into this early budding,
which is why some seasons we gather cherries
and some we do not.
Soon I will bury
my seeds in the garden and there will be much
to can and save, but tonight I drink
to you. At home I left on the porch light,
though, the bars here never close.
I’ve already decided I won’t be staggering home.

Turn the earth over
the new seeds. In the cat mint
bees begin their work.

Dandelion lawn
yellows on greens, sawtoothed leaves
in a vinaigrette.

Heat leaves the stone path.
In the last hour of your
life there are no chores.

IV. And They’ll Place Pickled Carrots at the Edges of our Plates

Toast the cumin seeds and coriander
until fragrant in your grandma’s cast iron pan.

Cut the onions into eighths, and the blanched
carrots into coins. While bringing the brine

with its peppercorns and oregano, salt and jalapenos,
to a rolling boil, consider your favorite line

from Lorca. Say it under your breath
until you’ve divided everything into their jars,

and began their ten minute bath. This is a good time
to gaze out your window and understand

you can slow time, but not stop it, so rehearse
your possible final words. You only get one chance.

V. Left with this Difficult World, I Confuse Words for Snow

You must have read him in your truck,
biscuit in its foil, hay bales in the bed,
as night finally fell down into
the long shadows of morning.
You must have read him by the cutting
board, the day’s prep list finished,
and all the knives you’ve sharpened
pointing right at you. The grill
cooling. The dishwasher slouched
over his mop. You must have read
him when you were young and leaving
home, standing in line for the bus
as snowflakes knitted themselves
into a shawl across your shoulders,
dampening the pages, the words
being blotted out until your fingers
grew stiff and cold, and the wind picked up
until you swore you could barely feel
his book in your hands, and the words
crystallized pure and ink-black,
and the book became weightless
as snow fell through the words of the dead.
You swore the flakes and wind
passed right through his lines
until you believed they were no longer there.
Though look again. They are still.