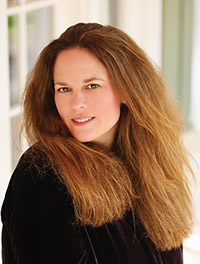 Maureen Sherbondy is a poet and fiction writer. She has published eight poetry books. The Year of Dead Fathers was selected as the winner of the Robert Watson Poetry Award in 2012 (Spring Garden Press & storySouth). Poems have appeared in numerous publications, including Calyx, 13th Moon, The Roanoke Review, European Judaism, and the News & Observer. She received her MFA degree from Queens University of Charlotte. Maureen resides in Raleigh and teaches English at Alamance Community College. www.maureensherbondy.com

With her “javelin turned into a pen,” Maureen Sherbondy throws down in these poems, traversing “that dash between born and died” with grief and rage and tenderness for lost lovers, lost relatives (at Auschwitz), lost belongings. Yet she confirms that belongings do not constitute belonging and that not giving away “a single piece of yourself” is the key to survival. These are the poems of a warrior. ~Kimberly L. Becker, author of Words Facing East and The Dividings

Maureen Sherbondy’s poems are gorgeous and difficult, chilling and stark. In “Cousins I Never Met,” we follow the speaker back through history by way of a family tree, and as the lines unfold, we find ourselves in a horrific place. But Sherbondy doesn’t leave us there. In both poems included here, she frees us by movement while never erasing memory. Every moment remains with us to create a history we retell. ~Julie Brooks Barbour, Poetry Editor, Connotation Press

Sherbondy is a fine poet and cataloguer of the heart’s wants and desires. The poems in this collection center around love and leaving and healing and letting go. Side-stepping sentimentality, these accessible poems waste no time getting to the heart of the matter at hand. Sherbondy knows plenty of what she speaks, and I’d highly recommend you take a moment to listen to what she has to say. – Steve Cushman, author of Midnight Stroll

Ridding the Self of the Habit of You

I’m ridding myself of the habit of you.
They say do something for a month
and it becomes routine. Can routine
be undone? Can I release the float
of you from my veins? As a nun removes
her habit at night. The twenty years
of waking and sleeping pillow to pillow.

Your eyelash wandering from your cheek
to my thigh. And those children we made–
what of them? From the habit of merging
at night flesh to flesh. The X and the Y
the you and the me now inside of them. Our cells
cast into the ocean to drift. One with
your brown eyes, another with your straight hair,
the other with your sharp nose. How does one
even propose to undo the habit of you and me?

What to Wear to a Breakup

Your most flattering top – the velvet v-neck
one that reveals cleavage and your best female assets,
wear the stretchy pants that show off
lean hips, curves he once caressed with eager hands.

Then take off the gifts he adorned your neck
and ears with while courting –
the jade green necklace and the tanzanite
studs, but leave on the ring –
the shiny pledge of marriage that would never
come to fruition. Make him say the words, abort

all dreams and plans, the untethering of hearts,
execution of the end, the take back
of a promise of two lives spent together.

80 degrees, unusually hot for winter.
No snow or ice on the roads.
I travel here by car to leave all other
worries and men behind, except one
man who sleeps beside my body
but refuses to touch my bending flesh.

Do we always end up in bed
with our fathers? With men
who turn away from the women
we have become. All I can do
is gaze through the slats
at the full Christmas moon
and try to untangle the jangle
of stringed-lit thoughts at 2 AM again.

The constant push-pull me
of the opposite sex spins this
mind into dizziness. How can
I stand still and steady with all
this motion? Where’s the potion
to make the wrong men visible
early on? Subconscious jokester,
oh great heckler in my head,
reveal his face before it even begins.
Why not clue me in, say who to
turn away from before he even mouths
“hello”.

Jupiter. I have been lured far away
from myself to a planet too distant from
the one I once knew. Caught up
in the coming and going, those revolving
doors delivering one face after the next
all wrong so very wrong for me. I want
to drift back through the black sky,
pulling stars inside my pockets on the way
back so that dark nights like this will illuminate
a path wide enough to finally allow me to see.