Best Seat Not in the House 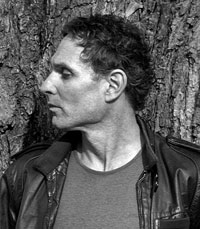 Gregg Friedberg grew up in Columbus, Ohio but for many years he and his partner have lived in Upper Sandusky, a rural county seat. Lately they’ve been spending part of each year in Guanajuato, Mexico where Cervantes is much admired and their house is in a plazuela named for a native poet. As a child he aspired to be a composer of music, then an architect, but in college studied French literature and Romance linguistics. His day job is computer programmer and he’s a partner in a custom computer-software company. He’s had a passion for poetry which has evolved a personal “subgenre” over the years in which he likes to write: a sequence of lyric poems that hints at a story but without the constraints of ordinary narration. His work has also been published in High Chair, US1 Worksheets, Classical Views (translations), and the Drexel On-Line Journal.

Best Seat Not in the House – a double entendre – is an exploration of the human need for any kind of meaning, as worked through the ecstasy and abasement of carnal pleasure – gay, in the poet’s own experience – and martyrdom. The poet asks, “Why does the act matter?/ Because meaning costs, darling./ And hard, fast meaning costs dear./That’s the transaction called human.” Friedberg’s language is gorgeously wrought in the Keatsian sense of Truth-Beauty duality. Stanzas, scattered lines and breaks proceed languorously across the page enacting the obsessions of the senses – as in the confessional poem, ‘Voices You Slept and Woke To’: “…but it all came to this:/ your waist in a wrench of beast’s paws,/ your nape in the vise of his jaws,/ while he poked about in your cozy foyer.”

VOICES YOU SLEPT AND WOKE TO

The take and give of your mother,
the give and take of your father,

the murmur of their voices you slept
and woke to inside the womb.

Tucked in a basket in the midst of a picnic:
something in the grass
slithered right up to you.

At roadside, your burnished thumb open
for business.
In a window, expecting.

Skyblue and tempest, palace and hovel,
musk and citrus,
song and howl,
dance and sickbed-
vary the spices, salt to taste,
but it all came to this:

your waist in a wrench of beast’s paws, your nape
in the vise of his jaws,
while he poked about in your cozy foyer.

Crawl back to, climb into the lap of those voices
that gave you meaning,
that you gave meaning to?

But you were crying then too, suspicious and wet.
You forget.

There’s so little meaning in the world
compared to what there might be.
You feel this most sharply after visiting
some storybook place.

There everything means and not just
incidentally. You wish the world
were like that. At least your neighborhood,
at least for a day.

Alas, there’s only the thinnest smear
of meaning over the great canvas,
a few dabs of it here and there.
Worst of all, the blank spot is you.

In certain weather, in certain light
even the neatest between-wars suburb
smells of decay, appears absurd.

Any remains of a life affirm its death.
And any latter day’s a forced fit
in an old house.
All staying on is dumb constancy.

Sooner or later even the deepdarkest secret
heaves up in the garden
or dislodges a brick in the wall
and shines in the chink like a leer.

You understand this perfectly, standing
among ruins, feeling their freshness,
their openness, their willingness
to accommodate:

past failure since past expectation-
each next dilapidation’s pristine,
past meaning, in a word.

Meaning’s what soured, what spoiled.
Spontaneity moldered to insistence,
grace to imposture. Abuse after expiry.

Best-guess once upon a time
become article-of-faith.