Bonfire of the Sodomites 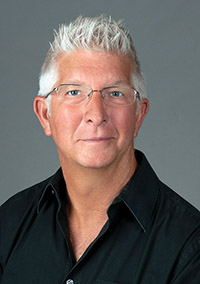 Jim Elledge’s Tapping My Arm for a Vein, a collection of poems, and Henry Darger, Throwaway Boy: The Tragic Life of an Outsider Artist are his most recent books. His study of gay life in Chicago from 1843 to 1943, The Boys of Fairy Town, is forthcoming from Chicago Review Press. He has been awarded two Lambda Literary Awards, the first for his book-length poem, A History of My Tattoo, and the second for Who’s Yer Daddy? Gay Writers Celebrate Their Mentors and Forerunners, which he co-edited with David Groff. He lives in Middlesboro, KY and San Juan, PR.

Reading Jim Elledge’s intimate, moving Bonfire of the Sodomites just days after the Orlando massacre—the painstaking details of those in the UpStairs Lounge “hungry for conversation” and queer community; the fire that “licked everyone // with its slobber”; the local inaction after (“It was just // a bunch of faggots”)—I’m reminded that the past burns brightly, before our eyes. “Flame and heat erased the victims’ / faces,” but not, only now, their voices. —Randall Mann

In a long career we now recognize as exemplary, Jim Elledge has produced a body of work that is essential to our understanding of the vitality and woundedness of queer life. In his books and anthologies, Elledge brings to light the stories that tell us who we are by reminding us of who we were. This is nowhere more apparent than in Bonfire of the Sodomites, where Elledge’s recounting of the UpStairs Lounge catastrophe of 1973 still brutally resonates in the United States of 2016. In its rage, in its unsparing artfulness, Bonfire of the Sodomites is the true and unhappy poetry of our time. —Rick Barot

A History of the UpStairs Lounge—
or, A Story of Windows

it up. Years earlier a merchant seaman bar,
most recently a hustler bar, Wanda

had boarded the place up the year
before. She left 22 stools with red, plastic

seats, and windows!—7 floor-to-ceiling
in the first room, 3 of the same in the middle

one (sheets of plywood nailed over them,
then paneling over that), and iron bars

in the lower half of many—every 10 to 14.
Phil hired Buddy Rasmussen from the Cavern,

a hustler joint in the next block, to tend bar.
He hung fabric in the stairwell to cover

the walls. They pasted red, flocked wallpaper
in all the rooms. They built a new brick wall

behind the bar, covering its two windows,
with a waterfall in the center. All but 4

of the UpStair’s 10 windows were blocked
by one thing or another. They bought indoor-

to two columns, each crowned with a candle,
and a white, baby grand piano Phil brought in.

The second room had an elevated dance
floor, 6 tables with 4 chairs each,

and a cigarette machine against the wall
shared by the last room. In the third,

they used 15 wooden cable spools for tables
with 4 chairs each. A straight couple

built a stage there and presented campy
spoofs like He Done Everybody Wrong, or

The Deviate’s Comeuppance with characters
like Harry Deviate, Nellie Heaven, and

Miss Queenie who brought down the house.
Doors opened for business on Halloween.

Phil took over the day shift, Buddy the night.

Buddy and his lover Adam arrived at 2 pm,
Buddy to set up, Adam for cocktails.

Lin Quinton climbed the stairs at 3:30.
A redhead, he helped out

they called him—traipsed in,
the brace on his leg never a hindrance.

At 6′ tall he towered over his lover,
Dean Morris, in tow.

followed by over a hundred others.
At Geno’s Hideaway at few blocks

tricked with the gent, and though Nunez
made $20 off the man just for looking

hot, he was pissed and took off
for the UpStairs—primed for trouble.

After Luther Opened the Door

Fire flashed from the speak-easy
door past the baby grand, into

the middle room. Men stampeded,
trampled others, and stumbled,

falling into heaps at windows covered
with boards or bars. In only two

minutes, eighteen fire trucks
from three blocks away pulled up,

hoses, opened hydrants, and took
aim, as inside, men smashed the glass

of the few windows that weren’t
blocked and, without wings, leapt.

At the storeroom door, Buddy saw
fire, and grabbed a flashlight, his training

as a firefighter kicking in. He took
charge, calling to others to follow him

then led them through an unmarked exit
behind the stage, up a floor, then onto

the roof where they walked almost single
file to the Ship Ahoy next door, then

down one flight of stairs, then another,
to the sidewalk. He saved 30 lives,

but looking up from the street, he saw
so many men on fire in the windows.

They wore the flames like a rented tux:
not a perfect fit, but close enough.