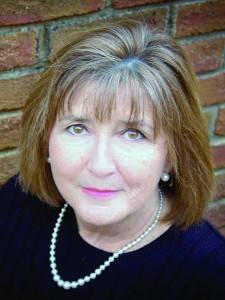 Terresa Cooper Haskew’s work won the Emrys Journal 2013 Nancy Dew Taylor Poetry Award and the Press 53 2010 First Prize for Poetry. Her poems and short stories have appeared in journals such as Atlanta Review, Cold Mountain Review, Jasper, The Main Street Rag, Pearl and others. Her story “Living the Dream,” (Altered States anthology, Main Street Rag, 2011), was showcased in 2013 as a short film by Ron Hagell & Shirley Smith. Terresa grew up in North Florida, but she and her husband, Ben, now live in Greenville, SC. She works full time for an engineering and construction firm in an executive support role. The Haskews have three grown children and three grandchildren. They enjoy spending time at Lake Murray, near Prosperity, SC, the birthplace of many of Terresa’s poems and stories.

One would have to go back to Caravaggio to find such delicious darks and brilliantly lit details. Terresa Cooper Haskew’s poems are set in the rich earth of a country childhood, but with an art that would illumine any time or place.

Terresa Cooper Haskew’s family stories are tempered by her quirky imagination and a good ear for the sound of things. If her title suggests the old language of sin and redemption, her poems offer something much more, a vision at once earthy and deeply ethical, a voice that locates grace in a dead dove in a father’s hunting jacket or a Bloody Mary on Sunday morning. This book is a delight.

Camouflage boots quicken across tile floors
and I am lifted up in his rough embrace.
He smells of gunpowder, tobacco,
something nameless and wild.

His face flushed from liquor shared
after a triumphant hunt,
he lets me pat his pockets,
counting the dead concealed by cloth
specked with the browning blood
of black beaks and blank eyes.

One by one he pulls them gently
from the depths of his clothes,
lays them reverently in a gray metal pan.
Trembling, I cup my hands to receive
the last dove, a sacrament
my father offers me.

Long before we mourned her murder,
Aunt Bertie led me to her henhouse,
our shoes sluicing through manure,
to find a lone white egg still warm in its nest.
Cradling it carefully,
I stepped through the weathered doorway

into a rushing fury of russet feathers,
screamed as blood streamed
down my legs, sight blurred
by tears and terror,
the egg’s yellow splattered in the dirt.

Bertie had him then by the neck,
swung the cock till he was limp,
hacked off his crested head
with the zing of a practiced hatchet.
Too tough to fry, she stewed him,
served me his stringy meat
swimming in a gamey broth.

Later, Mama and her sisters
whispered in the kitchen
how Bertie’d been killed,
left lifeless in puddled black blood.
I wanted to dispute that truth,
remembering the fierce strength
of her reddened hands
as she wrung the life from the rooster.

In the name of science we knelt,
curious third-graders observing
an omnipotent hand selecting an egg
from an incubator’s safety,
a random drawing of death.

We crowded closer to see our teacher
tap a crack in the brown oval
and ever so gently insert her thumbs
into the devastating crevice,
coaxing open the shell, exposing
our developing embryo.

A tiny chick lay embedded
in a rich yellow pillow, red veins
laced the large eye closed to our peering.
A brave heart beat from the center of its being,
pumping life through dividing cells.
My breakfast found wings and lifted.

I tried to listen to the story of a miracle
but my ears rang and my face felt hot
when I saw that the throbbing had stopped.
Certain this experiment was profoundly
different than the day we made butter
from a cow’s cream by shaking a jar
passed through our class, I raised my hand
to ask Miss Smith if we were all going to hell.

But when she called on me, I was afraid
of the answer and could only blurt
that I planned to offer my piece
of supper’s fried chicken to my brother.