Clerk of the Dead / Alan Perry

Clerk of the Dead 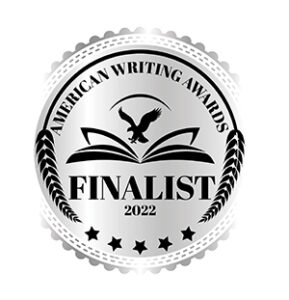 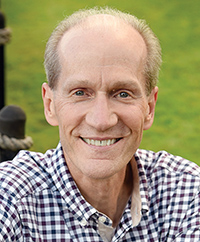 Alan Perry is a Senior Poetry Editor for Typehouse Literary Magazine and has been nominated for a Best of the Net. His poems have appeared in Tahoma Literary Review, Heron Tree, Sleet Magazine, Gyroscope Review, and Right Hand Pointing (among other journals), and in the anthology, Celestial Musings: Poems Inspired by the Night Sky. Alan holds a BA in English from the University of Minnesota. He and his wife divide their time between a suburb of Minneapolis, Minnesota and Tucson, Arizona. Clerk of the Dead was a finalist and honorable mention in the Cathy Smith Bowers Chapbook Contest.

Alan Perry’s poems mean to jolt us awake by reminding us that paying attention is an act of generosity and devotion. His poems turn ordinary acts and words into sacraments. He grounds us in the daily, but takes us to the stars. He knows and listens with a tenderness and acuity that enlarges, reminding us to acknowledge one another’s existence as though we are as important to each other as we really are. ~Juliet Patterson, author of Threnody and The Truant Lover

Alan Perry’s poems are—as he says at the end of the title poem—visitations, often to the dead or those entangled in disaster. Each accident and foreclosure is recorded in a manner befitting a Clerk of the Dead: precisely and without embellishment. What I found fascinating was the speaker’s encounter with Mary Oliver and Walt Whitman, both of whom bequeath gifts that result in (most appropriately) a most lovely and universal “Elegy.” ~Joyce Sutphen, Minnesota Poet Laureate and author of Carrying Water to the Field

In Clerk of the Dead, Alan Perry combines two of a poet’s most potent varieties of magic—obsession and concision—to zero in on unresolved scenes from the past and present. What impresses me most about this moving debut collection is how Perry’s potentially muddy subject matter—memory, loss, and grief—is made crystalline through his vision. ~Sarah Rose Nordgren, author of Darwin’s Mother and Best Bones

arrow down the sides of buildings
like bony fingers pointing out

puddles and potholes.
Plumbing the depth of those holes,

a little man in galoshes
sinks deeper through the tarmac

past rock and rebar,
even lower below earthen crust

that tries to hold him up.
Where has he gone

I wonder as the excavation begins—
my words shadow window glass

and distort the sun who couldn’t find
the man or his way home.

A Bookmark in Her Bible

with little Edna in the smock she loved.
My older sisters stand in back,
Mother and Father sit stiffly
with twins Ella and me held in front.

Brother Albert is slumped in a chair
head down, leaning forward
in an oversized coat and knickers.
His hands balled-up clumps

on his lap, his face puffy
below a choppy bowl haircut.
Dark circles rim his eyes.
He can’t grin, though

sister Florence wears a smirk
with a big flower in her hair.
Augusta the eldest stands stoic and tall
with her watch on a necklace

to know when it’s time to leave.
No one smiles for the camera
as we stand in front of our stucco house
with the stone foundation Father built.

Weedy patches dot the foreground
and behind us windows
reflect bare trees—
the last scene of us all.

Father carried that picture with him
overseas into the war.
We dutifully blessed his departure
but only the photo came home.

One Day in Dallas

If it had been raining
that Friday
and a glass bubble
covered the convertible
or if Air Force One was delayed
by threatening weather.
If the school book depository
near Dealey Plaza
had been so tightly secured
no interloper could enter
no stairwell led upstairs
no window could be opened.

But how far back from the grassy knoll
could onlookers hope to see him?
As a young man with Addison’s disease?
When his PT boat was sunk in the Pacific?
If only the motorcade had driven faster
past that sixth floor perch.
Maybe then the roses on her lap
would have been brighter
than the blood staining
her dress.