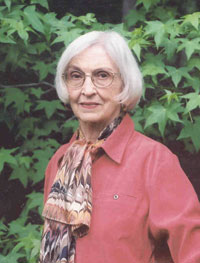 Sally Buckner is the winner of the R. Hunt Parker Award for contributions to North Carolina literature and has divided her professional life between teaching (all levels from kindergarten through graduate school) and writing (all regular genres and some hybrids). Her poetry and fiction have appeared in journals and anthologies as varied as Southern Poetry Review, Main Street Rag, Peace Is Our Profession, and Voices from Home. She has also published a poetry collection, Strawberry Harvest, and edited two anthologies of North Carolina writing: Our Words, Our Ways, designed to accompany eighth-grade studies of state history; and Word and Witness: 100 Years of North Carolina Poetry. She and her husband live in the mushrooming former small town of Cary, NC.

This country needs more poets like Sally Buckner, poets strong enough, outraged enough, and skillful enough to confront the issue of war and the horrors it brings to the invaders and the invaded. Buckner’s outrage never loses its humanity; she brings the brutality of war back home in a down home sort of way, placing it here among us as we go about our daily lives, driving home from work, walking on the beach, sitting down to an evening meal. We are all engaged in collateral damage, even as we think we remain safe from it. These poems tell us the truth: none of us is exempt from war’s degradation.

Questioning times past and times present, Buckner writes of wars within, wars without. She possesses a parent’s grieving eye and a patriot’s splintered heart. Her poems probe depths and plead for loving mercies. Her words will not leave you unchanged.

Ruth Moose,
author of Making the Bed and Rules and Secrets.

Leaving headlines unread and coffee cooling,
this unremarkable dawn I scan the Atlantic.
As sunlight blooms, waves too placid to crash,
fold themselves onto the smooth-swept shore,
leaving shreds of lace for sanderlings
to stitch with needled toes. Snowy swarms
of gulls swoop the sky. No dorsal cleaves
the pearl-sleek water.

I can almost believe
in serenity, almost claim to deserve it,
ignore the blood pounding distant shores,
the dorsals sundering skies and vincible bodies,
the burden of fraternity and reproach.

Children: Mornings in May

Beirut: A car, transformed from Escort
to grenade explodes to dazzle and doom the moment
a schoolbus lumbers by. Caught in the crossfire
of time and old enmities, fifteen children
on their merry way to math and music
capture fiery shrapnel in nets of flesh-
fifteen bodies in short and long division;
fifteen songs interrupted mid-phrase.

Romania: Women obeyed the government’s decree
to bear five children each, cannot obey
their hearts’ decree to feed them.
Abandoned babies,
in cribs aligned like cattlestalls, splash
in urine and vomit, weep
for milk and clean clothes, which are late in coming,
for mothers, who will never, never come.

Collateral: side by side; parallel;
accompanying or existing in a subordinate,
corroborative, or indirect relationship

Not the nondescript hovel crammed
with ingredients for bombs, after the shell blast,
rocketing into the moonless sky,

not prospective martyrs bound
with girdles of explosives
before they trigger multiple dyings,

not insurgents drowning in smoke,
or their comrade, a human-shaped cinder
at the center of flame,

but the wedding party splayed
among the shapeless chunks
of a celebrative hall,

the lovers in the car that didn’t stop
in time, their embrace no shield
against the nervous guns,

the father shrieking as shreds
of his son are tugged from the mound
of rubble that once was home,

the home itself, its beds and bread-board,
plates and platters, the food that filled them,
hand-woven blankets, the loom that wove them,

the grandmother tallying on finger-stubs
her beloved dead, the daughters and nephews,
the husband of years beyond counting,

and the child with no arms weeping, weeping,
unable to clasp his mother, to brush
the tears that trail from face to pillow.