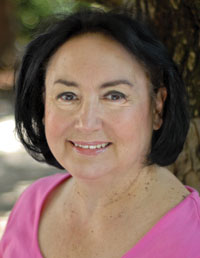 Colette Tennant‘s poems have been widely published in journals and anthologies, including Southern Poetry Review, Dos Passos Review, and Natural Bridge. She is an English Professor at Corban College in Salem, Oregon. She gets together weekly with students, colleagues, and alums to write poetry. Commotion of Wings is her first poetry book. Her book, Reading the Gothic in Margaret Atwood’s Novels, was published in 2003 as a part of Edwin Mellen’s Comparative Literature Series. Colette was born and raised in Columbus, Ohio. She has lived in Virginia as well. Now living in the Northwest, Colette enjoys hiking through Oregon forests, walking by the Pacific, writing music, and playing the piano.

An aggregate of family portraits and anecdotes, of ancient stories both retold and created anew, A Commotion of Wings soars with arresting imagery and fine music. This is a collection so rich in startling metaphor it can invite the reader to “…be a horse chestnut,/ all your fallen babies/ wrapped in thorns….” Here are the songs of an adopted daughter with “…one hand under the trees/ the other in the rain…,” those hands open to the splendid gifts of the world.

Commotion of Wings is a haunting book of lyric poems, a book of snapshots that feel frozen in time, small narratives, constructed with just enough rhetoric, that use images in beguiling and subtle ways. It’s great autobiography, confessional, but the “telling” reminds one of the way a memory is triggered by hearing a song suddenly while you walk through some “new” landscape you know you’ve been in before. Tennant’s trick is she hands over the past to the subconscious–that snake under the pillow, or those “Trees stunned with sudden adulation” that “bow to the whiteness encircling them.” And so we feel the chill of truth in poem after poem, and the exhilaration comes with these poems because of the way we can KNOW them with our minds AND bodies. Not quite as spare as Gregory Orr’s earlier poetry (but in some ways similar to it), Tennant knows how to create a lyric music–she’s got such a light sure touch–so that the poems chime but don’t get in the way of any particular story. Commotion of Wings is a perfectly tuned book of poems, moving, and often funny. I cannot recommend this book highly enough.

It has been a pleasure to witness this poet develop into a fine practitioner of the craft. The poems “Praise,” “Rats,” and “Signs” are enough to mark this collection as a notable addition to Northwest poetry.

Peter Sears
author of The Brink
and Tour

A bird in the house was one.
When a robin flew in our open door
and almost beat itself to death
under the skillet cupboard,
we caught it in a dishtowel.
As we released it, I saw the dark look
mother and grandmother exchanged.

When a dog howled,
grandmother shook her head and cried.
Keeping vigil, she tried to decipher
the window’s darkness,
a pine tree’s withered top,
burned splinters pointing toward
a person sitting nearby,
ravens’ calls.

Even birth could predict death.
Born in a rain storm–death
by drowning. Born with a rope nearby–
hanged. Born in fair weather–
a proper death, rich in years,
covered with homemade quilts,
surrounded by friends.

My flesh-colored tights lay in
shreds around the room like
discards from a
butcher shop.

I hated them–the way they sagged
between my thighs and bunched
around my ankles. Grandmother promised
we’d cut them up the last day of school,

so she and I sat cross-legged
in the middle of my bed and slit
the fleshy, stretched cotton
from the rubberized waist bands,

cut the tights to pieces
til our thumb joints were raw.
We laughed and screamed as we
threw the cotton confetti into the air.

Today, I can’t remember where
I’ve stored my sewing machine.
My knives I keep right
in the middle of the kitchen

in the spice drawer,
next to the ground cinnamon,
the little black
roses of cloves.

When leaves get the courage,
they let the branch go

and scud across the landscape
with rain and geese

preaching to anyone willing
to look up and listen.

My friend can play
people into repentance just by

stroking the piano keys.
He closes his eyes and tilts

his head toward the keyboard
the way a bridegroom kisses

the throat of his beloved.
Every night he dreams he can fly.

Once, he was afraid he might fall,
as if dreams have gravity.