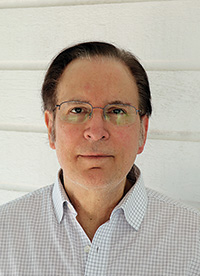 Philip C. Kolin is the Distinguished Professor of English (Emeritus) and Editor Emeritus of the Southern Quarterly at the University of Southern Mississippi. He has published over 40 books on Shakespeare, Tennessee Williams, and contemporary African American playwrights and also including nine collections of poetry, among them Emmett Till in Different States: Poems (2015) and Reaching Forever: Poems (2019). He has coedited three eco-anthologies on Katrina, the Mississippi River, and the moon.

Philip Kolin’s new collection Delta Tears sheds light on how the Mississippi has blessed and broken this region in equal measure with the bounty and bondage of crops, the blues and those who lived them, and the places that haunt memory. He writes with compassion and unflinching honesty that still leaves possible a future of love and grace. His strongest work yet. ~Jack B. Bedell, Poet Laureate, State of Louisiana, 2017-2019; author of No Brother, This Storm

In this remarkable collection of poetry, Philip Kolin captures the very essence of life in the Mississippi Delta. His poems rise from the page like art-infused holograms of place and emotion at once discerning and haunting. He writes of jukes and the blues, the tortured history of the cotton culture, clapboard churches, and the “big mud” river of a bucolic but paradoxical south resonating with powerful evocative voices and images, past and present–all with the eye and ear of wisdom, what readers have come to expect and admire from Kolin. ~Dixon Hearne, Editor of Delta Poetry Review and author of Delta Flats: Stories in the Key of Blues and Hope and Plainspeak: New and Collected Poems

I could feel Philip Kolin’s great love for this beautifully depicted landscape, its residents—flora, fauna, and folk—and its complicated story. It’s an exquisitely word-painted portrait of the history, geology, and promise of the Delta, with the mighty Mississippi flowing below as its canvas. ~Susan Swartwout, author of Odd Beauty, Strange Fruit: Poems & founding editor of Big Muddy: Journal of the Mississippi River Valley

Infinity pauses here,
the place with the longest horizon in America.

You can see centuries, millennia here, geology
clings to history.

Once the taste of trees flourished on this land
before they were cut down,

stacked in Corinthian columns, the façade
of black dread.

which keeps leaking, appearing too
present to ever be closed.

to foreclose on the land it leased,
that alluvial thick triangle,

to submerge it again in the river’s mortuary,
levees for tombstones.

But for now let the fields with rows
of cotton, soy, and sorghum be words

and the river the syntax that pulls them
through. Then listen for prophecies

sung in the blues
seeping into the air from soiled souls

bludgeoned and betrayed,
sold out to heartache, prisoned in self,

lost, alone in this landscape of jukes
and shadows, the now and not yet.

exporting Delta wagers and tears
not knowing which will hit velvet faster.

You Can Trust a River

You can trust the Mississippi
with your secrets.
It speaks the language of silence
to protect voices even when
they are blindfolded.

Sinners have confessed deeply to the river–
betrayals and crimes
never to come to light in this world;
words from shriven mouths
stored in muddy vaults
and weed-anchored banks.

The Mississippi is a coroner, too,
stacking the secrets of rubbery bodies
on top of each other; unweaned infants;
love-thwarted suicides;
black men lynched at sundown;
drowned fugitives; capsized sailors,
eyes gouged out by garfish and snapping turtles.

The Mississippi is the longest tear duct in America
filled with unshared sorrows
and lost dreams—pearls coated in silt.

But the river never asks why.

The Mississippi could not have all
of them. They took turns punching
death in his foamy face, and those left fled
the river’s reach and retreated to the land
which was lodged in their veins
but never theirs.

They fled to the redeemed South of the Chicago Delta,
where their dreams could not be extradited
to Mississippi or chain-ganged to nightmares.
They grew fields of sunflowers in their window boxes
and fattened their hopes of bulging paychecks.

Streetlights comforted them, dispelling
the shadows of hooded night riders
and Jim Crow tar. After so many generations of misery,
how good it felt to say goodbye
to that dark river thirsting for their souls.

Only Let Us Breathe

In those Delta nights thick with mosquitoes
Emmett Till’s smothered cries still make shadows
shriek and mourning sweetgums drip tears.
Men without souls yanked his tongue
out to silence him but not the horrors
that outlived him.

Those three young men fighting
for the right of black ballots to speak
all Freedom Summer have unfinished
stories also. Red clay clods were stuffed
down their throats, then their bodies bulldozed
under an earthen dam by sulfur-chewing ghosts
who tailgated them on lightless back roads.

Countless black faces since have tried
to warn us about tortures in cottonmouth
fields, river towns, and gut-splattered
streets only to have hate seeking
bullets shatter their voices. “I can’t
breathe,” “I can’t breathe,” their last words.

But a timeless voice from the mountain top
pleads for a new 28th Amendment
guaranteeing black men and women
the right to breathe in America.