Diamonds ‘neath My Wings, the third book of the Trilogy on Guyana… melding sophisticated New York investors with the realities of a charter plane business in primitive and uncharted territory of the Lost World. Adrenalin-laden accounts of flying are set in the equally tense times of political obstacles arising in a newly independent third-world country headed for self-destruction.

Award winning Bush Pilot in Diamond Country was Don Haack’s first book and the first in this trilogy followed by Diamond Safari, which describes the safaris and its adventurers.

Don’s wife, Janet, has written A Light on the Runway, giving the woman’s point of view to their early years in South America. 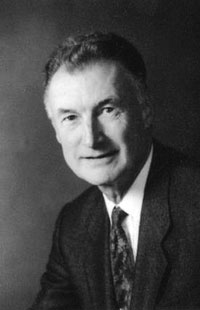 Donald Haack, a diamond broker has been referred to as the “Indiana Jones of the diamond industry.” He has diamond experience as a miner, trader, and broker on the national and international level.

Don was born and raised in Milwaukee and West Bend, Wisconsin. He graduated from the University of Wisconsin with a major in Economics and Finance after which he served in the U.S. Marines at Cherry Point, N.C., his first exposure to North Carolina and Charlotte.

Don spent 20 years abroad as manager and consultant of diamond mining companies in British Guiana and Venezuela, a licensed buyer of rough diamonds, and as a pilot with over 5,000 hours of bush flying. He organized and operated “Guyana Wings,” an air charter service to remote diamond mining areas of South America. In the 70’s, he designed, built, and operated ocean-going excursion boats in Grenada and St. Martin and maintained international gem connections in Europe where he had one of the biggest sales to a royal family.

He has a rare insight of the inner workings of the DeBeers cartel, and many anecdotes concerning his friend, the late Harry Winston, who donated the Hope diamond to the Smithsonian institute.

After two revolutions in third world countries, Don, his wife, Janet, and four children returned to the U.S. in 1981 where they opened, Donald Haack Diamonds in Charlotte, N.C.

Don served as president of the World Trade Association, past chairman of the Better Business Bureau Board of Directors and Chairman and President of the Foreign Trade Zone. He has served as Chairman of the Rotary Foundation, is on the Charlotte Symphony Board of Directors, and is a member of Metrolina Business Council, Chamber of Commerce, NC Wine and Grape Growers Assoc., and NC Writer’s Network. He writes articles, is working on a third book, Diamonds ‘neath My Wings, lectures in the field of world trade and gems, and is designing a hi-speed ocean-going boat.

What started as a cook-out with rum punches with our close friends John and Anne Lake on the Grand Anse Beach of Grenada ended in a serious discussion of an air charter service in Guyana. John suggested that he and two friends could finance the operation and I, as a partner, would run it. John was approaching the peak of his career-an up and coming broker and vice president of Kidder Peabody. He loved his job and had a passion for small planes. For him this new venture would be a good investment and the chance to fulfill a life-long dream to be associated with small planes.
Two weeks later I arrived in New York and went directly to John’s office.

” John, I’m in some pretty casual traveling clothes and have to change before our meeting with Chemical. Is there a room I could use? John did a double take on me; khaki trousers, moccasins, a green woolen shirt with leather patches on the elbows.

“Naw, you’re okay. Besides we have to leave right now. Laurence just called and they’re waiting for us.”

“You’ve got to be kidding,” I retorted. He shook his head.

“Let’s go. You’re not exactly the typical button down collar and suit type that the bank usually interviews anyway.” I tried to assure John on our way over that I’d been over the finances with a fine tooth comb and there wasn’t a single item on or off the proforma that I couldn’t answer to their satisfaction. I felt good.

We arrived to meet Laurence and were escorted to the executive dining room, top floor of Chemical Bank of New York where we were introduced to two of the top honchos. Ostensibly this meeting was to discuss the proforma financing I submitted for our company-to-be. Instead, questions came thick and fast about living in the bush country bordering Brazil and Venezuela. The two bankers queried me on most things, but referred back to John about specific stories.

“John, what was the one about the Piranha, the man-eating fish?” and then, “and that little fish that goes into the orfices of the body? Yeah, the condiru and then it extends its barbs and stays there. Tell us about that one and how you saved the girl. Don’t forget about the jail episode and the Brazilian desperadoes.” At their urging, I offered a few of the other, wilder, tales. The stories and questions went on throughout lunch. There were no discussion of finances.

After the meeting the other three left and John I were alone.

“John, we came here for a loan and never discussed it.” I was frustrated but John didn’t seem concerned. “What in the world goes?” I asked again. He avoided a direct answer and we kept talking about the operation as if it were going ahead. Half an hour later as John and I finished our coffee, Laurence returned to announce we had received a quarter of a million dollar letter of credit. He was holding a check for the cost of a Helio Courier aircraft. John just smiled at the confusion that was evident on my face.

“Big business is different from small business,” is all he said as we got up and left.

With check in hand, John and I flew to Bedford Massachusetts to the Helio headquarters where we purchased Helio 269Bravo. I spent two days on check out flights and understanding the basics of the Helio Courier. After the first day John left saying he couldn’t contribute any more after handing the check to Gus Bullock.

At the end of the second day the Helio staff and I felt I was qualified. Early the third morning, among well-wishes of good luck, I flew off to South America via the West Indies. The solo trip down the islands was singularly uneventful, almost to the point of boring and I had to remind myself of the several near disaster trips in the past. I should be grateful for an uneventful trip.

My last fuel stop before South America was scheduled for Grenada where Jan and I made our home with our four children. I was anxious to show off our new acquisition and tell Jan about the trip. My flight path paralleled a half mile west of St. George revealing the beautiful vista of the town and Carenage-the image produced a delightfully warm feeling knowing the family was settled there. Even though I would be in Guyana a good bit of the time, Grenada was only 3 ½ hours flying from Georgetown, Guyana and I could be home frequently.

The sugar white sands of Grand Anse Beach sparkled invitingly as I passed overhead. When I approached the lighthouse on the southernmost point of Pointe Saline, I headed east to the next bay, L’Anse Aux Epines where we lived. I flew over the boatyard and recognized Don Street’s (the author) red-hulled boat on drydock for maintenance. Seconds later I spotted the Horseshoe Bay Hotel groin sticking out from the shore. I dropped the nose, came in low and slow and gunned the engine just as I passed over. Jan came running out of the house followed by Doreen, our cook, Katherine, our house maid and our East Indian garden boy. I made a slow circle, came down low over the house and wiggled my wings. Jan was waving a dishtowel she was holding as I waved back and headed to the airport on the other side of the island. I knew Jan would be on her way in minutes and it would take me about the same as her driving time to land, clear immigration and customs and get the plane securely tied down for the evening.

I was waiting alongside the Helio when Jan arrived. She drove straight to the tie-down area, something we couldn’t do in the States but, acceptable in these casual small airports. We gave each other a three-week separation hug. “Our life will get better when we’re actually living together instead of having these reunions,” she said.

It’s an interesting plane,” I explained as she looked over Helio 269B. “It’s not like any other plane I’ve flown. Has a head of its own particularly on landing and specifically in crosswinds-there it’s a bear.” Little did I know then how much of a bear it would be.

“But boy, does it ever land short and takes off in half the distance of any of our other planes.”

It was good to be home but I also knew I had to get this plane flying quickly. We had a long line of customers waiting for me in Guyana to transport their goods into the interior. We had a fun family reunion with Diana, Tom Todd and Julie who were overjoyed to hear about the new plane. We spent a leisurely time swimming in L’Anse Aux Epines Bay that evening before dinner. Since the next day was Saturday, the kids had no school so we lengthened our breakfast by a couple of hours as they gave me their news. All six of us drove to the airport in the afternoon for my take-off to Guyana. Departures were always tearful and this one was no exception.