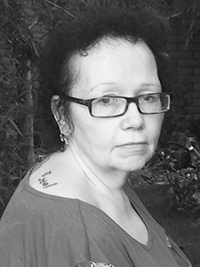 Virginia Chase Sutton’s second book, What Brings You to Del Amo, won the Morse Poetry Prize, and was re-issued by Doubleback Books. Embellishments is her first book, and Of a Transient Nature is her third. Her chapbook is Down River, and her micro chapbook is After Midnight at the Psych Hospital. Her poems have won a scholarship to Bread Loaf, the Allen Ginsberg Award, and the National Poet Hunt. Eight times nominated for the Pushcart Prize, her work has appeared in The Paris Review, Ploughshares, Quarterly West, and The Comstock Review, among numerous other literary publications, journals, and anthologies. Many times a fellow at The Ragdale Foundation, and also a fellow at the Vermont Studio Center, she received four grants from Poets & Writers, financial support from Scottsdale Center for the Arts, Phoenix Public Schools, Scottsdale Public Libraries, and the Arizona Humanities Council. Sutton lives in Tempe, Arizona. 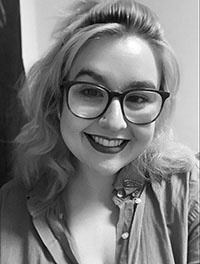 Airea Johnson’s microchap, Winning Cosmic Yahtzee, debuts fall 2022 by Kissing Dynamite Press. She is enchanted with the grief process, the idea of significance, and the free will dilemma. Her writing career started in St. Augustine, Florida. There, she hosted open mics for the Flagler College English Department and was an editor for FLARE: The Flagler Review. She’s now pursuing a writing degree in Portland, Oregon. While working on her degree, she wrote her first collection, Phantom Limb, which observes addiction, childhood trauma, girlhood, and abuse cycles. She works as an editor for Cathexis Northwest Press. Her poems appear in Third Wednesday Magazine, Saw Palm, Lucky Jefferson, and other publications. 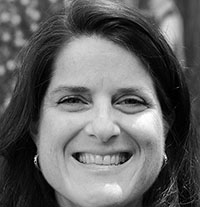 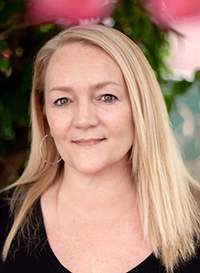 Lauren Tivey is the author of four chapbooks, most recently Moroccan Holiday, which was the winner of The Poetry Box Chapbook Prize 2019. Other titles include The Breakdown Atlas & Other Poems, Her Blood Runs through Me, and Dance of the Fire Horse. Her full-length collection, Traveler in the Sunset Clouds, was published by Main Street Rag Publishing Company in 2022. Tivey is a three-time Pushcart Prize nominee and Best of the Net nominee; her work has appeared in South Florida Poetry Journal, Saw Palm, Connotation Press, and Split Lip Magazine, among dozens of other publications. She lives with a coven of black cats in St. Augustine, Florida, and teaches English and Creative Writing at Flagler College. 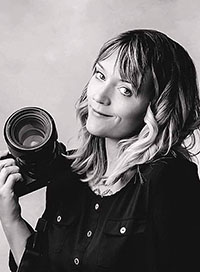 Nikole Tucker is a professional photographer, and owner of Nikole L. Tucker Photography in St. Augustine, Florida. Her work has appeared in Color Shot Magazine, The Golden Exposure, and Shutter Up. She considers herself a storyteller as much as a photographer, finding inspiration in the lost, the broken, and the abandoned of the crumbling Gothic South.

This book is as glorious as it is necessary. The poems and photographs in Fire Carousel resonate with the searing truth of what it’s like to struggle, often on a daily basis, to hold onto the hope we all have, the hope that we can have a happy life. I found the poems of Virginia Chase Sutton, Airea Johnson, Liz Robbins, and Lauren Tivey haunting, beautiful and genuine. Theirs are significant voices speaking to us from the darkness. Nikole Tucker’s photographs enhance the reading experience with their stunning images. ~Lee Martin, author of The Bright Forever, a Pulitzer Prize Finalist

Sometimes, fire scars; sometimes, it purifies. The conflagration of Fire Carousel is the second case: these poems and photographs from five female artists slice to the heart of conversations around mental health. The work is crisp and hauntingly honest—sometimes wry or darkly comedic—and masterfully crafted. Even as the poets speak from different places, the pieces cohere into an impressive whole. Step onto this “burning carousel” (of Sylvia Plath’s epigraph) and step down changed. ~Liz Chang, author of Museum of Things

In this diverse and generous collection, four poets delve into the images, materials, and experiences that set each of them ablaze so that they flare, up and out, connecting to others and to the world. As each poet describes her own kindling, she makes meaning of the contents of her longing heart.  ~ Michele Rozga

Fire Carousel is testimony, under oath, to the diversity of mental illness experiences. Like the mirror shards in one photograph, the poems’ images reflect and amplify distinct visions: jugs of water meant for the thirsty, costume jewelry trying to restring itself, oracles and almanacs, and elegant razors inscribing consistency. The paradox uniting these fragments is human suffering, and the reassurance every broken person seeks: “This never should have happened to you.”  ~Michele Sharp

Madness coils in my brain, a nest of pearls from Mother’s
huge jewelry box. She tells me mentally sick people are common
in the family. I have seen it happen. And hooked, terrified, I lean
closer to hear stories I know so well. Mother whispers about

the old state asylum with barred windows, locked doors, people
screaming. Mother’s saddest story is of her cousin, Susan,
a couple of years older, sophisticated, ready to attend
a fine college. Smartest kid in the bunch. One summer afternoon

during a family outing, Mother, a teenager, climbed a hill to an icy
stream. I always liked feeling numb she says. Summer runoff in Maine
is desperately cold. Cousin Susan, a bit behind, was sent to fetch sodas
from the water. Mother watched wide-eyed as Susan reached into

the stream, slicing her hand on a broken Coke bottle. Extended family
heard her screams. It was bloody and needed stitches Mother says. And
beautiful, promising Susan had a tremendous breakdown. Her life
was ruined. The accomplished girl suddenly became a child. A switch

was turned off and she was never the same. She lived with her mother, no
stress, very calm Mother explains. There is one every generation. Susan
writes to us for years, short letters about flowers scrawled in a child’s hand.
Mother never answers. Susan. I know my fate. Decades later,

I have a breakdown, feel a strand of costume pearls rolling off a string, one
at a time, causing depression, confusion, panic, suicidal ideation. My first
hospitalization experience is akin to tales of Susan’s meltdown, and stories
of relatives in the state asylum. Each pearl is a little jolt, like ECT might be.

The crummy hospital houses all mental illnesses. Patients are chaotic—
tossing tables and chairs. I must get out fast. I gulp meds, keep head down,
even as spirits slam daily though I force them to shut up. Finally released,
back home everything is impossibly wrong, loose junky jewelry trying

to restring, a task that never feels complete. Pearls fall like droplets
of water into my ear. I know how Susan felt in her moment—panic,
helplessness—nowhere to go but roll downhill. Cousin Susan, left
in pieces, never to recite again. Nothing left for us, this our legacy.

The Day Before My Suicide (Airea Johnson)

I sent the texts, turned off my phone,
washed my hands and dug a hole.
I went birdwatching, dropped coins into a well,
organized lottery tickets and sat in a parking lot.
I smoked halo rings around my head
until I was dizzy.
I counted backwards from twelve,
wished upon a star. I paced
tread marks on my bedroom floor and cried.
I stared at my ceiling fan until it was Saturn.
I cleared my calendar, canceled subscriptions.
I coordinated clothes and a casket.
I counted pills.

The lime tree sits in a little clay pot.

On the tips of its limbs, tiny globes, green
as envy.

The pot sits at the edge of the yard, mostly
out of sight.

When I come across it, it’s been days, the soil
too dry, fruit the same
size as before.

To assist requires walking back to the house,
finding a jug, filling it with water, walking
back. Slowly pouring to the depths.

Walking back and forth, three or four times.

This process I’ll do, but probably not often
enough.

I’m thinking I don’t need a slice of lime
for my gin.

I worry a lot about my choosing.

What I can’t see are roots growing down,
touching walls, having nowhere
to curl but in.

I don’t think to yank up, dig a hole, find
a new home.

I think how little I need limes. How much
work, the evidence
of my nurturing.

In Navajo crafting, a deliberate imperfection
of pattern. This is the humility of the human;
only Creator is perfect. An intentional flaw
in the neat rows, a land mine in its symmetry,

an affront to my careful eye, my dictatorship
of alignment. This is not ego—but need, driven
by obsessive compulsion. Some say the errant bead
is a doorway for Great Spirit to enter the art

but what would divinity want with me, anyway?
With my rows, order, and precision? All my failures.
Nothing I do is good enough: out of a thousand
assorted beauties I see only deficiencies, a cursed lot.

Persian rug weavers, too, with their intricate geometry,
the Amish and their starburst quilts—this conscious
defect. Imagine such wabi sabi, such surrender, such
humble reverence. I want to embrace it, I do.

I scan the rows of seeded turquoise, maize-yellow
chevrons, underscore of black and white accentuating
apple green, cardinal red—a bliss of creativity—
hoping I don’t see the holy bead, hoping to be free.