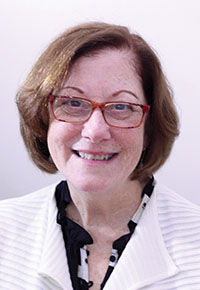 Valerie Bacharach’s poetry has appeared in several publications including Pittsburgh Poetry Review, Pittsburgh City Paper, Pittsburgh Quarterly, US 1 Worksheets, The Tishman Review, Topology Magazine, Poetica, VerseWrights, and Voices from the Attic. She is a member of Carlow University’s Madwomen in the Attic workshops and conducts weekly poetry workshops for the women at Power House, a halfway house for women in recovery from drug and alcohol addiction. She lives in Pittsburgh, Pennsylvania.

What is one to do with the demise and death of a child? In Fireweed, Valerie Bacharach’s debut chapbook, she grabs this particular grief firmly by the shoulders, sometimes to embrace it, sometimes to shake it, sometimes to try to push it away. In precise, no-nonsense language, Bacharach builds a landscape of loss that is both devastating and beautiful in its pristine focus. She writes, all of us teeter on the sharp/edge of pain, tilt slowly toward its open mouth. These poems will leave you heartbroken—yes–but also awakened to life’sdelicacy. And isn’t that what we want poetry to do? –Nancy Krygowski

Dostoevsky wrote that “the deeper the grief, the closer to God.” In Fireweed, Valerie Bacharach explores the many stages of grief, from denial to rage, to acceptance. These intelligently beautiful poems mourn the death of her son from addiction, and celebrate his life. They are at once intensely private and universal. With a brutal self honesty Bacharach juxtaposes hope with exhaustion stating in “The Last Day,” “He moves so close I feel the warmth of his body/I’m so tired. I wish he would just disappear.” We all know people who have suffered from addiction in its many forms, and these poems speak to us. From our own hardships we understand the desire to compress and reverse time, to return to a place where there is “no word yet for grief.” –Jason Irwin

Before Things were Named

there was no cardinal dancing red on a mud-brown branch,
no flash of flame against grey sky.

There were no azure lakes or turquoise seas,
no slush-filled streets or cancelled schools.

There was no larkspur or lavender-scented air,
no one’s mother sitting with her loneliness.

Before things were named there were no stories to remember,
no photos to be traced with aging fingers,

no heartache or sorrow, no strawberries
or apples, no glaciers or mountains.

Nothing to cherish or regret, no empty arms or vacant eyes.
No word yet for grief.

My Husband and I Visit Our Son at Rehab

Because he has no needle tracks on his arms
or traces of white powder beneath his nose
or bloodshot eyes
or slurred words
or stumbling feet.

Because we are desperate.
Because we wear our hearts outside our skin.
Because we grip each other’s fingers until they are numb.

We back away and leave him.

I’m clean now.
I don’t want to be like this, I’ve done terrible things.

I don’t believe him.

Something is off, like the sour scent of milk kept too long.
A vagueness to his thoughts, a halting pace to his words.

He steals our credit cards, money from our wallets,
money from work, from his best friend.

I spend two weeks driving around our small town,
paying people back.
They don’t ask me into their homes.

My husband and I pay for him to stay in a motel
one step up from flea bag.
We buy him food, cigarettes, gas for his car.

We do not let him into our home.

I take him to lunch at Panera. He whispers
of a new start, a move to another state, a job with a friend.
He moves so close I feel the warmth of his body.

I’m so tired. I wish he would disappear.