Fruit of the Earth, Jamie Wendt 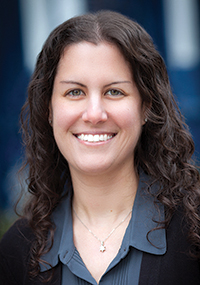 Jamie Wendt is a graduate of the University of Nebraska Omaha MFA program. She received a Bachelor of Arts in English from Drake University. Her poetry has been published in various literary journals, including Lilith, Raleigh Review, Minerva Rising, Third Wednesday, and Saranac Review. Her essays on Jewish writing have been published in Green Mountains Review and the Forward. She contributes book reviews for the Jewish Book Council, Literary Mama, and other publications. Fruit of the Earth is her debut poetry collection. She teaches high school English and lives in Chicago with her husband and two children. Find her at: https://jamiewendt.wordpress.com/.

Jamie Wendt considers place and displacement from both a personal and cultural viewpoint. Indeed, it can be challenging to observe with an outsider’s acute eye when one has the thoughtful heart of an insider. But it’s just this ability that makes these poems of tradition, ritual, family and selfhood exceptional. Her descriptions delight, but I’m most impressed with her ability to distill images into statements that enlighten and so beautifully express the complexities of longing. –Teri Youmans Grimm, author of Dirt Eaters (University Press of Florida) and Becoming Lyla Dore (Red Hen Press)

In Fruit of the Earth, Jamie Wendt brings us to “each side of the invisible border” between the Old Country and the Promised Land. She receives both the jewels and atrocities of her rich Jewish heritage and tries to change the direction of the future while praying in the Women’s Section at The Wall and helping deprived Sudanese refugee children in Tel-Aviv. These are exquisite poems of lament and of praise, “the laughter loud despite everything.” –Dina Elenbogen, author of the memoir Drawn from Water (BKMKPress, University of Missouri) and the poetry collection Apples of the Earth (Spuyten Duyvil, NY)

I love Jamie Wendt’s remarkable debut collection Fruit of the Earth. Her book is magnificent, lyric, intelligent: It is an ode and praise and elegy to the things of this world and the heart of the spiritual world. Her work is masterful, subtle yet complex, full of love and life. Read this book now! –Elizabeth A. I. Powell, author of the poetry collections The Republic of Self (New Issues) and Willy Loman’s Reckless Daughter (Anhinga Press)

I have been here before –

Old City children and their goats scramble
over make-believe, over rain-slick stone.
Hooves slip, laughter crashes
into the marketplace
of dangling slaughtered lamb,
chicken parts packaged pink.
In the next stall, scarves
of the river and the rainbow
twist.

But of course, I am among the women
at the wailing wall
trying to change the direction
of men. I cradle
my lower belly as if to keep
the baby in.
Whose ashy throat
will her dreams be stuck in?
My handwriting is on too many papers,
the words distant, the font curled
and bent like tree roots
or strands of hair on a pillow after giving birth.

Weeds grow wild through Jerusalem stone
one thousand times the weight of a man in white rags.

I am the woman dancing among silent, huddled shadows.

I am the goat observing the slaughtered.

I am the rain out of season, soaking the prayers of hundreds.

Bodies pause at a call to worship; hands clasp
shuttered hearts. So many eyes catch each other,
seeing themselves in the smoke of random gunfire over the wall.
Goats kick their kids awake.

I am a storekeeper counting a pocket of foreign bills
while a braided girl yells in a language of broken bread.

I am sliced white sun shattering like crumbs for stray cats
over a city lit and frozen in cycles of moon.

Being Jewish at the hook
of the twentieth century
was wretched refuse,
homeless. Or were you

just referring to their gray sunken eyes,
the spoons they carried
to eat the earth,
to prosper and forget?

You know that Miriam and her women
sang just as loud, as strong, as tired, as poor
as your poetic huddled masses,
their bodies the same boxed luggage.

But you were wrong
about the golden door.

Family names were altered, then forgotten
as the colossal door slammed shut
the sounds of Yiddish, of names past.
Your Mother of Exiles,

more like Rhodes or a Greek Goddess
than you admit, is everything
gold and calf
they were commanded not to bow down to,

standing idly by, mild eyed,
like God during a pogrom.

This patriotic woman does not even pretend
to kiss the sky, to offer a penny,
her eyes – scratched by hail and rain –
unknowing, indifferent, like the land.

Her mother has been standing
for almost an hour
in front of the small television,
one hand covering her mouth,
her other hand on her hip.
Israelis are interviewed
after the Tel Aviv bus bombing.
Glass shines along the curb
like glitter on a black party dress.
Behind the reporters
is the exposed bus frame
charred in front, the tires
tired in the street.
The red lights of Magen David Adom
circle the blood.
Bearded men run
back and forth
between people and people
who used to be.

The girl draws what she knows:
a perfect house
with perfect flowers
again and again in different shades
like Monet’s haystacks.
She watches the tears
roll down her mother, unhidden,
knowing she is thinking about the family
they do not have in Israel.
But the women and men and girls and boys
who say the same prayers as them
each morning and evening.
The ones who might as well share their blood.
That feeling of home
walking down Ben Yehuda Street
when nearly everyone you pass looks like you,
the way your eyes meet theirs,
so kin, so culturally known,
so much of God and faith,
this family across an ocean,
family of burning bush
where tears cannot extinguish
perpetual fire.