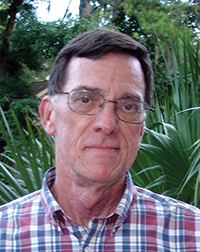 Arthur McMaster is the winner of the 2017 Poetry Society of South Carolina’s DuBose and Dorothy Hayward Prize. His poems have appeared in such distinguished journals as North American Review, the James Dickey Review, Subtropics, Poetry East, Rhino, and Rattle. Currently poetry editor for the Emrys Journal, McMaster holds an MFA in Creative Writing from the University of Florida. He taught literature and creative writing courses for twelve years at University of South Carolina Upstate and Converse College. He has poems in the Furman University anthology of Carolina poets, Archive. Arthur has two published chapbooks, two volumes of creative non-fiction, and a memoir of his career as a foreign intelligence officer, Need to Know.

Arthur McMaster has a lapidary eye for the small but crucial details and moments that constitute our daily lives. He’s a kind of latter day John Cheever, whose terrain is the miniature dramas in concert halls and restaurants and forgotten dinner parties, the mysterious interiors of a long marriage. Givings & Misgivings reminds us that each day is a fresh negotiation with the wonder and terror of being alive. ~George Bilgere

In Givings & Misgivings, Arthur McMaster dances lithely around and through the elusive bits of knowing that mysteriously help us negotiate our lives. “We search for an understanding of what is gone, / moments of lucidness fleeting at best,” he writes, “the just-pretend jump rope.” Subtle, almost unnoticeable rhymes and refrains hint at the ineffable and invisible. A witty, beautiful book, metaphysically serious and gently humorous all at the same time. A joy to read. ~Vince Gotera, Editor, Star*Line and North American Review

A History of Crocuses

When Uncle Johnny died from some illness
buried sightless in his body
everyone drove in, or they flew in, to Wilkes Barre
to say goodbye and perhaps to say hello
to the seldom-seen of us; to congregate;
to satisfy some ineffable urge
to repair what time and distance
had so precisely excised from our family.

That day my father suggested we take a drive
from the funeral home, across Washington Street,
over to Hancock, where he’d lived as a teen until,
in 1942, he signed up to fight the nascent foe,
to the house he had not returned to for forty years,
where he was not aware
what had happened here —
what had gone on and passed here. Not once

to see the worn sun porch where he and Johnny
had joked and laughed and listened on radio
to summer ballgames before
both men followed so many others to war,
where now, aching in early March,
violet crocuses stand inchoate
and cold in the molting soil —
apart, alone, and once again present for duty.

At the Lighthouse Restaurant, with Blues Guitar Man in Dark Glasses, Playing Softly by the Water

One husband is a lawyer. Two of them are cops.
The fellow with guitar begins some easy Jackson Browne.
The husbands check their watches; the music starts and stops.

The women stare behind them at the just-now-closing shops.
Everyone agrees this is the coolest spot in town.
Three forty-year old women adjust their pastel tops.

One harried waitress trips and falls; her tray of spritzes drops.
The kids think this is funny. Waiters circle round. . . .
The husbands check their watches; the music starts and stops.

Why I Am Not an Astrophysicist

My friend in the neighboring math and sciences suite
left in the copier today an exam for her pupils.

I puzzled over the stark, exotic problems,
the symbols & glyphs she had painstakingly prepared:

the factored certitude of the moon’s tides,
the measurable patience of galactic gravity.

Somehow, I thought I had seen such images before:
not unlike the swirling night sky of grandfather’s wide,

hand-painted ties hanging theatrically in the cosmos
of the old Scranton house, or how I had saved

that Pluto-grey Perry Como sweater of my dad’s,
or, come to think of it, how I could not toss out

all worthy curiosities for which I knew
I would ultimately find no conceivable use.

I walked the test down to her office, thinking
I might spot, in some corner, a bust of Copernicus, or

a portrait of wily Sir Newton, his long-flowing locks
scolding me for my skepticism, or

a solution perhaps to any of the more demotic
metaphysical questions of our day, such as what

is intrinsically worthy & timeless? And what
is the purpose of useless things we must hang on to?