For those who prefer to pay by check, the price is $16/book (which includes shipping and applicable sales tax) and should be sent to: 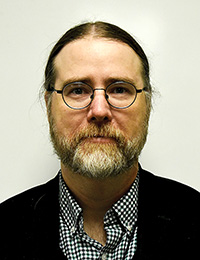 Steve Henn wrote Indiana Noble Sad Man of the Year (Wolfson 2017), And God Said: let there be Evolution! (NYQ Books 2012) and Unacknowledged Legislations (NYQ Books 2011). For a brief 8 issues he co-edited the defunct Fight These Bastards. He is currently working on a book of overlapping essays he calls a “memoir collage.” He lives and teaches in Indiana. Find out more at therealstevehenn.com.

Lithium and late-life sobriety—yes, please, and a music culled from the heartland as if from the pen of some Midwestern O’Hara in a time of “dank memes” and the still reverberating echoes of Sparklehorse. Romance and failure, puking after a first sober Thanksgiving, the ghost of a long lost love, and poetry with “surreal teenagers.” I recognize my place in Henn’s America, in these days of no advantages, shattered dreams, and enough joy and art to live a life by. ~David Dodd Lee, author of Orphan, Indiana

Guilty Prayer is most stunning for how much it fits into a small space. All of this, no doubt, in praise of Steve Henn’s brilliantly malleable poetic voice, which shifts tones, moods, and paces seamlessly between pages and between lines. I love this book for how it faces me, how it speaks to me, how it trusts me with what it knows. Reading this has made me a more generous person. ~Hanif Abdurraqib

Steve Henn peels back sorrow to reveal other emotions coiled inside it. Humor, bewilderment, guilt, tenderness. Grief as nexus, grief as quicksilver. Death and addiction are his subjects, yes. But Henn’s language, like grief, is never static: it spirals into poems that are gripping, electrifying. I felt many things reading his work. Sorrow, yes. But also awe and gratitude. ~Eduardo C. Corral

My friend Anna says she’d like to have a gun
that shoots capsules filled with messages
blooming, let’s say, into a fine embroidered handkerchief
enveloping the victim’s face in lacey white
so he might swipe at his eyes there in his garden
where he weeds and read neighbor, your gardenias
smell so lovely, or perhaps, inflamed with road
placidity, arriving simultaneously with another driver
at a 4-way stop she’ll brandish the piece
to plaster her adversary’s side window: looks like
you’re in a hurry. go ahead, I can wait.
Anna might open carry this AK-40-kindness
even into the grocery store, blasting a harried clerk
with I appreciate your patience with us. you’ve been
on your feet all day. If only sad human targets
could sacrifice themselves on firing ranges
ten feet from the safety glass taking you’re beautiful
and I love your smile and you light me right up
when you laugh right square in the face!
I once knew a boy who, 13 and distressed
went into the master bedroom retrieved
his father’s firearm and pointed it from under his chin
at the base of his brain. Imagine
if he felt a tickle, a flowering of softness
landing in his lap to tell him keep trying, son.
beautiful child, stay sane.

Remember when you dubbed Soundgarden
for me in high school and I said it sounded like
a symphony of chainsaws? Chris Cornell died
today. God Bless that man and his Gift
of a generation’s greatest pipes. So much
of what I learn to appreciate I disregard
at first listen. I saw Sparklehorse once
opening for Mazzy Star. My brother and I agreed
that Hope Sandoval looked and sounded beautiful
and that Mark Linkhaus must’ve been
“a little too into his artistic self.” Now
I can’t listen to It’s a Wonderful Life
without crying. My family never knew jack
about modern music but my dad did keep a copy
of Portnoy’s Complaint on the bookshelf
behind the television. That book was good
for me or it wasn’t, whatever.
It didn’t matter, or it mattered less
than I’d’ve overeagerly argued it did.
In my Escort that we called “The Big Blue Shit”
we’d sing along to Eddie Vedder’s
“I’m goin’ hungry” – we could only falsetto
pantomime Cornell’s part. I remember once
when Musgrave walked in to his classroom
and chalked no one here gets out alive
on the blackboard. A bunch of kids were like
what’s that supposed to mean? but you and I
pretended that we knew just what he meant.

The Mother of My Children
Predicts Her Own Suicide

There’s a veil covering this dusk.
A warm blue night.
Let’s call it June, 2001.
Baby in a stroller on a sidewalk
near a “sub pub” in this Midwestern nowhere.
If I’d’ve listened closer I’d’ve remembered
it was in her all along.
Not a threat or a promise,
not an apology. An ice cube
on the teeth, an earnest desire
for death. You’ll be fine,
she said. Your family
will help you. She was
as good at changing the subject
as I was at putting it out
of mind, believing
it hadn’t been discussed.
All my life people have told me
Things I haven’t listened to.
When the clusterfuck comes
I tell and re-tell myself again
and again it’s not my fault.

They trained us to barricade
the classroom door with any
things available, stash an extension cord
below your desk to tie to the handle,
pulling tight out of sight on the other end.
Imagine this. It’s no seniors vs freshman
Tug-of-War. In the training in the morning
before conferencing with parents
to prove a horrid point they had us hide
under desks, behind file cabinets. The head
of my department who can bake
like Martha Stewart entered with a phony gun
pointing it around the room at people,
victim after victim, commanding
“look at me in the face when I shoot you.
BANG!” We looked at her and we were told
now in this next drill, you’ll feel empowered.

. . . they told us what they’d train the kids
in elementaries to do, so I thought of my own
7 year old boy, a locally twitter famous
goofball, scrambling with his classmates
crazily and randomly about a room
in his newly-built elementary school – imagine
training the kids. Just imagine. “Boys and Girls,
This is called fish frenzy.” Now imagine
commanding them. Fish Frenzy, boys and girls. Fish Frenzy, Now.
This is what we’ve decided to do about
disturbed young men with guns bent
on murdering our children. Imagine
this, imagine all of it. Admit
that this is what we have become.