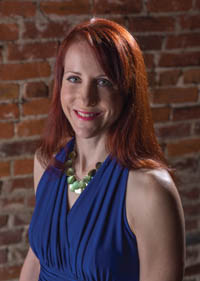 Alice Osborn’s past educational and work experience is unusually varied, and it now feeds her work as a poet, as well as an editor-for-hire and popular writing coach. In the past decade, Alice has taught classes and writing workshops to thousands of aspiring authors of nearly all ages from 9 to 90 both around the corner and internationally. Previous poetry collections are After the Steaming Stops, Unfinished Projects and Right Lane Ends. Alice is also the editor of the anthologies Tattoos and Creatures of Habitat, both from Main Street Rag. A North Carolina Writers’ Network board member and a Pushcart Prize nominee, her work has appeared in the News and Observer, The Broad River Review, The Pedestal Magazine, Soundings Review and in numerous journals and anthologies. When she’s not editing or writing, Alice is an Irish dancer, and plays guitar and violin. She lives in Raleigh, North Carolina, with her husband, two children and four very messy and loud birds. Visit Alice’s website at www.aliceosborn.com.

There’s never a dull moment in Alice Osborn’s Heroes without Capes. The voices she creates for well-known characters, real or fairy tale types, are clever, often packed with sardonic humor. Then there’s the voice of Nolan, the split foyer in a home for sale! Osborn moves from heroes to anti-heroes, family to Boba Fett. It’s an amazing book with easy chuckles, finely tuned and plumbed.

Alice Osborn’s Heroes without Capes proves that anybody—even you—can be somebody’s hero. The quest is the thing, the struggle against daunting obstacles. Osborn catches her heroes in make-or-break situations from which there is no turning back. Good guys and bad, the characters range from historical figures like LBJ, Dick Cheney and Captain Bligh to sci-fi characters from Star Wars and Predator, and a few inanimate objects: an airplane and a house. In her fast-paced, well-crafted and boisterously entertaining narrative poems, Osborn manages to give all her heroes their distinct voices while never losing her own.

These poems by Alice Osborn—a number of them wonderfully hybrid and distinctive in form—draw a steady bead on heroes and the heroic and, within that malleable context, the anti-hero as well. Heroes without Capes deftly imagines a hierarchy where the fanciful as well as the mundane are rendered not only heroic, but mythic. The language is tough, sanguine, funny and, above all, memorable. This is a strong book of poems.

Alongside thousands
of other bridge runners,
our bodies block the clear Charleston
sky and sea, as the eroding marshland
curls green beneath.

This pylon of silver,
its rivets like buttons on an old man’s plaid shirt.
Billed birds cry to their companions,
scraping the brown muck of pluff mud
from their wings. That musty smell’s
all in my drinking water,
algae compounds leaving spots on my wine glass.
They say refrigerate your tap water—
for a nice, clean taste.

Where would the Holy City
be without its liquid economic engine,
but also its brakes—high tides flood
downtown streets anytime it rains more than an inch.
Rain bombs overload the drainage systems.
And it’s only going to get hotter.

I wipe sweat, adjust my hair clip.
A fellow runner in jean shorts and a dirty tank top praises,
“Thank you, Jesus!” as we lean our feet
into that first grueling hill,
built to accommodate container ships,
their holds grabbing nothing
but air and steel, port and prayer.

Midnight Meeting at the Crossroads near Clarksdale, Mississippi, circa 1936

I love the smell of burning trash, yeah, baby,
the smoke spreading out here at Highways 49 and 61.
Robert’s right on time,
October moonshine
glints off his $25 guitar—
“Over here, Robert, let me tune it up for ya.
I hear you be bein’ an okay harp player ain’t enough.”
Tonight I’m a big black man in my fifties,
but I can be any color, size or age. Even a woman.
That’s how I appeared to Senor Paganini
before I gave him his gift.
Man, could he play the fiddle!
Only took them 36 years to find a resting place
for his long bones. No one rests after
we shake hands and I deliver.
Robert Johnson’s another smart hobo,
aching for fame now,
not in a decade or two
when his knees fail and his fingers wither.
“Robert, let me play ya ‘Cross Road Blues,’
my favorite.” He hums, slaps his hand
to his thin side and grins, all white teeth,
while he licks out in the key of open A.
Then his fingers burn all over the neck, all them
sharps and flats he never knew before existed.
Our meeting takes 10 minutes at most—
good, ‘cause I’ve still got a shitload of work tonight.
Thanks to me he’ll be crowned
King of the Delta Blues,
but first he must be poisoned
and thresh to my whispers
in his dreams.

My wheels, scuffed and half-buried in the split
blanket of grass, circles of time repeating,
like my owner’s circle on his left finger,
pale reminder of a lost commitment.

His cake-yellow hands no longer
grip my steering wheel
after parking me next to the barn
seven jobs, three states ago.

I remember him splicing wood,
sanding planks, a Winston between his teeth.
Tool belt slaps against the tailgate
as he fumbles fickle nails in my bed.

Imagine he creaks home to a singlewide trailer,
mildew traces the last rainfall along the siding,
and PBR cans form a Tic-Tac-Toe pattern
in the chain-link fence.

I stare ahead, sleep to the crickets
in the Chatham County twilight,
missing his voice, light like rain,
yet smoked with whiskey and dust.