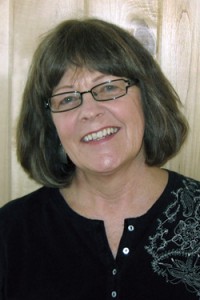 Kate Kingston is the recipient of the Ruth Stone Prize, the W.D Snodgrass Award for Poetic Endeavor and Excellence, and an Atlanta Review International Publication Prize. She has been awarded fellowships from Colorado Council on the Arts, Harwood Museum, Helene Wurlitzer Foundation and Fundación Valparaíso in Mojácar, Spain, among others. Kingston is the author of Shaking the Kaleidoscope and three chapbooks. She received a Master of Fine Arts in Writing from Vermont College and a Bachelor of Science in Education from the University of Wisconsin. Kingston has served as Language Department Chairperson at the College of Eastern Utah and Professor of Spanish and Writing at Trinidad State. She currently lives and writes in Trinidad, Colorado.

Two Spaniards whose names mean ‘Human’ and ‘Beauty’ move like shape-shifting ghosts through strata of time in Kate Kingston’s powerful opening sequence. And from there her meditations scout the cultural riches and refuse of the American West. Here grey is a mutable medium of being, of history, of our story. Our guide is smart, unsentimental, fiercely aware that, as Faulkner said, ‘The past is not dead. It is not even past.’ What a fine book!
— David Mason, author of Ludlow

The voices of women who settled the west’s deserts and prairies effervesce in an energy only Kate Kingston can create with words that buzz on our tongues, then go straight to our cores. Kingston provides stunning emotional reference for those who explored and settled here, so that we identify with their transience, their losses, and new-found passions. Her images seem effortless in language that opens its own frontier.
— Nancy Takacs, author of Juniper

Kingston offers a remarkable fusion of myth, history and commentary on the fate of modern civilization. Using two Spanish soldiers, Umaña and Bonilla, as the poems loci, Kingston touches upon lives present and past. Bonilla speaks as a woman and artist, a laundress talks about love, a McDonald’s is built next to the cottonwoods, the river continues through time. This is a journey like no other and one every reader of poetry should take.
— John Surowiecki, author of Flies

Bonilla pulls off on the canyon rim,
his red truck full of discarded aluminum. Sun stains
his neck the color of sky before dawn.

The mandolin of wind shifts its uneasy
weight over the gorge. A newspaper unfolds.
The rustle of ink makes the scorpions uneasy.

This is where Bonilla disappeared into juniper
with his long-neck bottle of Coors.
A trail through lava fields, the sheen of manganese.

A view opens its pearl eyelid. A river
sashays through a country filled with spiders.
Bonilla floats over its green soul like an orphan.

UMAŇ: FROM A LAND OF PEPPER TREES

The sky translates white to rust
and a single cloud rains sand.
Umaña’s mother dresses
him in lace, carries him
to the baptismal font. The priest
pronounces, Antonio,
and passes Umaña to the arms
of men so his fingers
will learn forged metal,
the flintlock. The castanet voices
of cicadas click over fields
as women shoulder water in clay
jars through the callejuelas.
Their bare feet memorize cobblestone.
Umaña’s mother teaches him
to write his name, to count oranges.
She watches bulls grow restless
in the fields. She sketches mountains
and pomegranates, his sanguine
profile. Between etchings they eat olives,
a plate of dark pits at their elbows.

*
He takes his burro,
saddle, machete, a small pistol
from his uncle’s drawer,
his appetite for silver.
On the starchy caminos,
the switchbacks traverse
through prickly pear,
white dirt. Rain comes
in from Morocco,
brings him sand. His teeth
bite grit. His slow
burro wilts in the heat
and scorpions slip
beneath rocks to cool.
A lilt of fandango warns
him of gypsies. He rides
past their firelight,
up the grey barranca
until their voices
are only a figment.

*
Umaña rides the peninsula
like a pencil scrawl,
turning and looping back
on his own trail until
even the burro refuses.
The sand rain increases
his thirst and his machete
grows dull. Hornets rise
like a whirlwind changing
his speech to a medley
of curses. While he sleeps,
his saddlebags fill
with figs and ripe olives.
Wine travels down
the mountain in clay jars
and women bead soft shoes
to cover his feet. Quivira
is the name that keeps
his lips moist. Quivira
he chants. Quivira he hums
in his sleep until the cicadas
mimic Quivira, as their
legs turn silver in dawn.

*
He arrives in Portugal, a country
with a sea as long and disturbed
as his restless machete where men
load ships with oranges and armor,
with horses and lime. He boards
with his burro, a handful of pepper
seeds. Wind blossoms the sails,
and the ship lisps out to sea
like a small exhale over water.
His mother looks west, her brow
moist with perspiration, her hand
raised to ward off sun, her hair
shards of slanted light. His mother,
her fingers full of pomegranate
juice, stains his saline profile
above her door. The walls of her
body take on the rust of sunset.

*
His ship slips over the horizon,
and a breath of jasmine
drifts across Andalucia
on the poniente, a west wind
made of charcoal and dust,
a wind filled with sand
and twisted flowers, a wind
crisscrossing the Carboneras
like a shy ghost. His arm
bears a hand-me-down shield.
His boot carries the paper
map. When he steps ashore,
his sleeves fill with sand.
In the new rain he remembers
the cool water of the baptismal
font, a vestibule filled
with retablos, slivers of light
through stained glass. He remembers
his mother’s hair, her breasts,
his fingers clutching her dress.

Grey comes at me like a horned owl
off the barn roof. Coke ovens
release their saturated breath, their grey
cold-sores, and just this morning,
I stirred the soot of coal stove
with my left hand, sketching wings
in a bin of ashes. The odor of molten
metal funnels from smokestacks. Morning
breaks. A stone sky quivers
under its own weight. The carhop fastens
her roller skates in rain, tightens
the grey wheels with a neck key.
The torque of her wrist before she rises,
sets the tray on her palm. Grey
steam seeps from the kitchen. Clouds
shuffle for space, rain on the windshield.
Gears shift. The pavement shimmers.
Sky thrusts its grey belly in the rearview,
a sound inside myself like falling.