Holding Nothing Back / Joseph Powell 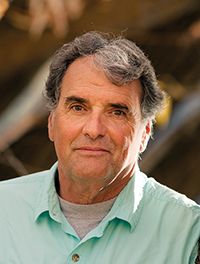 Joseph Powell is an emeritus professor of English at Central Washington University. He lives on a small ranch near Ellensburg, Washington. He has published five collections of poetry, including, Hard Earth and Preamble to the Afterlife. He co-wrote a textbook on meter called Accent on Meter. His book of short stories, Fish Grooming & Other Stories, was a finalist for the Washington State Book Award. For his poetry, he won a National Endowment for the Arts Award in 2009.

The poems in this collection are clear-eyed, unstinting, and full of forthright acknowledgements. They confront life intimately, with wounds bared, and with humility. I found myself, reading, in the grip of raw candor, and spell-bound by a poet who refuses to flinch. Powell won’t look away or delude himself. His gaze pierces our fragile, fraught world and finds there a terrible beauty. ~David Guterson

Joseph Powell’s lucid, erudite, wise and engaging poems in Holding Nothing Back demonstrate the highest level of observational, empathetic and literary skills found in all poetry that, despite academic fashions, endures. Powell marshals intense precision of detail to offer poems rich with the perspective of a sensibility confidently grounded in the natural world, in family, countryside, town, agricultural and pedagogical work, and in the intricate history of not only his locale but our common language. ~Tom Wayman

The leaves are almost off the trees,
the sky is a crisp blue, and the pond
collects leaf boats, shreds of cloud, bare branches.
A muskrat waggles its tail, stirring the sky,
pulling leaves back onto and off the trees.

A woman walks the leaf-strewn path
home, feeling the quiet inside her,
her children gone, her husband
under his stone, how not even a cat’s
heartbeat will be in her living room.
She thinks of moving near her children.

After her forty years, she can still see
her own young family moving in,
scraping new scars into the wood floors,
the window ledges, putting down rugs,
painting walls, hauling in furniture,
and laying out their silverware.

Entering her house tonight, she knows
it will not enter her in the same old way,
that the strict, clean tidiness she’s counted on
is as bare as these trees, and the children’s faces
in the portraits will turn away.
Her own footsteps across the wood floor
will sound like someone’s following her,
no matter how far or fast she goes.

A day moon lifts above the tree line,
pale as a bar of soap thinned to almost nothing.
On the pond, a cottonwood leaf turns its stem in air
like a fire-yellow Viking boat pushed onto a flat sea.
A breeze makes it sail slowly toward shore.
The muskrat carries a green cattail in its mouth.

VIET NAM VETS IN THE CLASSROOM

Talking to students whose fathers served
in Viet Nam, the vets each told stories
that chilled them still.
Candid in ways men usually aren’t,
trembling but assured,
moved by the vividly unseen,
their language as embodied
as the names of missing men.

2. The Boy in the Elephant Grass

One told of cutting elephant grass
securing a DELTA perimeter
when a ten-year-old boy jumped up and ran
through the head-high grass.
Thinking he was plotting coordinates for night attacks,
his buddy beheaded him with a machete,
a boy no older than the one he had at home.
The boy had American grenades in his pocket,
which, lodged pinless in gas tanks, blew up Jeeps
that hit a bump in the road, killing his friends.
The boy was wearing plaid shorts,
a teeshirt with cigarettes in the pocket.
Despite what he knew, it was his own boy
he saw lying in the grass, his spilled leaf hat,
small plastic sandals on his still feet.

The next man had large hands, broad shoulders,
a face whose trouble had shut off the lights,
told of taking Hamburger Hill seven times
through bamboo, fog, rain,
feeling invincible after being so untouched six times,
until he was hit repeatedly,
unconscious for days, sent home,
but what saved him was his backpack,
which, riddled with holes, shallowed the wounds.
And now when his kids kick the back of the driver’s seat
he’s in a firefight, his mind smoke and bullet choked.
He pulls over and yells at them, at that hill,
those bullets that cannot stop their trajectories.

4. The Girl Who Sold Chicken Sticks

Sinclair told of a Vietnamese girl,
maybe thirteen, who for weeks sold grilled chicken,
cold Coca-Cola, candy bars to the GIs,
laughing and joking in her broken English,
until one day her face was ashen as she silently
sold the chicken sticks. When a small cluster of GIs
gathered, she blew herself up, killing two,
wounding others, the reason he now limped.
Later, they learned the Viet Cong
had captured and bound her family,
would kill them if she didn’t blow up GIs.

Imagine, Sinclair said, what that girl had to do,
that long walk from her village to their encampment,
listening to the birds, carrying this load
no one should have to carry,
no older than Liz, his daughter, now.
Just imagine the bravery of that girl,
her slain brothers and sisters, her parents,
in her head and what she had to do.
She’s my hero, he said.

Each man stood in front of the students
wiping tears casually away, as if from the wind,
each in the grip of his story, repeated to counselors,
now sent out to those who still had a future,
to those like them who had difficulty taking books inside,
feeling that pulse, that breath behind each sentence,
their bodies its text, its type-face.

When all had left the room, trailing our frail thanks,
silence was like a veil closing over their shaky voices.
The students opened their books, found the right pages,
as if the boy in the elephant grass, the girl selling chicken sticks
roamed the classroom like kids they might have known.

Then Sinclair came back in to fetch his black vet hat
and to thank them for taking the time to listen
because so few did when they came back,
his little hat in his large hands,
like the open books in ours.

Tonight the sky is clear
and the stars spill their light
like frothy buckets of milk hurrying home.

All the farmhouses are asleep—
only lamps and barnyards keep reading.
The fields, blankets dimly aglow.

With their spread tails, free-falling snipe
call to each other until the air’s
as filled with their mellow yearning

as we are in our fleece vests
letting the night do our talking.
A roan still out grazing

carries the light on its back
and never looks up as we pass.
Below, on the interstate, a few truckers

follow a luminous roadstripe
into a loneliness as opulent
as the moonshadows we walk through.