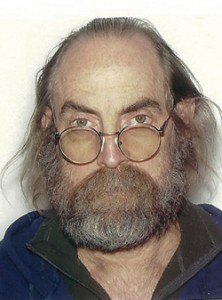 Fred Rosenblum was born in St. Louis, MO and grew up in San Diego, CA where he enlisted in the Marine Corps in 1967; and where, by no coincidence, resides today with his wife of forty years.  In addition to obtaining a four year business degree from the University of Alaska, Anchorage in 1980, Fred sold firewood and delivered the US Mail for a combined quarter of a century.  He and his wife, after raising two children in Anchorage, moved to rural Northwest Washington State in 1998 and retired there on twenty, heavily-forested, acres teeming with wildlife.  Fred found writing and gardening to be good medicine for treating his demons; and the country life, in general … intrinsically tranquilizing.  Family and health issues brought Fred back to San Diego where he and his wife are currently enjoying a pleasantly, therapeutic existence “in the warm California sun.”

I met Fred Rosenblum many years ago when he was beginning the long journey that has led to these powerful poems about his time in Vietnam. Fred has somehow found the appropriate language, raw and searing, to convey his experience in a place that has long ago faded from our rearview mirror. These poems may be set in Vietnam but they are timeless and universal 

Rich with stunning imagery, rampant with irresistible language, Rosenblum’s poems are strong enough to rank him with such key American soldier-poets as Yusef Komunyakaa and Brian Turner 

Jim Bertolino, author of Every Wound Has a Rhythm

… so strong, so moving, so psychologically insightful about the madness and inhumanity of war 

I don’t remember the last time I was so moved by poems about our war. Many of these sent me back to the field in ways I didn’t think were possible … I could feel them deep in my body at times, and I cringed more than once from the familiarity of their terror 

THE FINAL EPISODE OF LEAVE IT TO BEAVER

he hazed and tortured
our entire platoon
of skin-headed recruits

all fated for a little more rehearsal

prior to the total betrayal
of our ethereal
nineteen fifties corn-fed sermonized ethos.

it was the day
I got my name

Big Foot and I played pick-up sticks
with dried twigs

where we discover
the rain-to-red
on canvass abscess

…colloquial assertions on the hamma
and figurative insertions to the ho