How to Prepare Escargots 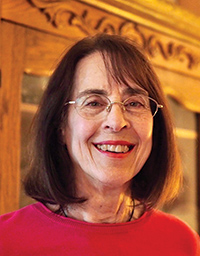 Elaine Fowler Palencia’s poems have received five Pushcart Prize nominations. She is the book review editor of Pegasus, journal of the Kentucky State Poetry Society; director of the Red Herring Prose Workshop; and a founding member of the Quintessential Poets. She has authored three other poetry chapbooks, Taking the Train and The Dailiness of it (Grex Press), and Going Places (FutureCycle Press) and six books of fiction. Mercer University Press will publish her nonfiction book, On Rising Ground: The Life and Civil War Letters of John M. Douthit, 52nd Georgia Volunteer Infantry Regiment, CSA, in 2020.

I’ve come to expect poems about writing to be inward-turning. Elaine Palencia’s broad-ranging, wildly imaginative chapbook shows me my error. Here are poems about Emily Dickinson’s bodyguard, Marcel Proust at Burger King, the poet’s father, while he shaves, frightening her to tears with a bloody account of Troy’s fall. When she does address “how-to-write” issues, it’s with incisive wit and absolute refusal of sentimentality. This razor-sharp book is a keeper. ~John Palen

Palencia’s poems declare at the outset that they are “tired of telling lies for a feeling of wholeness.” They argue with literary icons. They take Proust to Burger King, then write a letter from a Confederate ancestor, then sing along with Dwight Yoakam. “Epiphanies wear off,” they admit, asking, “and then where are you?” You’re in the diagnostic imaging center of this collection, which uncovers the messy truth, however painful or heretical. Brava! ~George Ella Lyon, author of Many-Storied House, Kentucky Poet Laureate 2015-2016

Driving along a highway in Illinois
a woman sees a sign standing
in a field as smooth and dry
as a plate of powdered cement:
Origin of the Kaskaskia River.
She senses a subtext here,
but it eludes her.
Cleaning her son’s room
she finds a small Lucite box
of Mexican jumping beans.
The beans are still. One has a hole.
Beside it lies the curled worm
that ate its way out and died.
The box, she feels, is a metaphor—
but for what?
With the mail that brings her new blouse
comes the news a friend has died.
The blouse looks great. A friend is dead.
What should one learn from
strange pairings in the daily mail?
Glancing out the window, she sees
a brown seal sunning in her yard
but when she gets outside it has become
an oddly shaped piece of wood.
Picking up the wood
the woman clubs the seal to death
because she is tired of meaning giving her the slip,
tired of listening to country music
just to experience narrative,
tired of telling lies for the feeling of wholeness:
for while the truth is often just
one damned thing after another,
every lie is a shaped tale.
She is tired of living the kind of modern short story
in which the epiphany is always suppressed.

Their sweet lamb eyes
reproach my instruction.
Mother Goose told them:
poetry is rhyme.
They’ve brought sacks of rhymes.
They want to match words
like primary colors
and be done with them.
Drumming their hooves
under their desks
they bleat their demand:
a rhyme for ‘orange.’

Crossing campus at dusk
I stumble on a trail of sheepskins,
feel eyes of fire on my back.
In a distant stand of firs
wolves are howling
prose poems.

“At Burger King, you can expect a delicious meal as individual as you are.”—Advertisement

No time is lost here, Marcel,
du côté de chez Whopper,
where the next batch of madeleines
is due out of the deep fryer in sixty seconds
and refills of tisane are on the house
–Is that for here or to go?
If you order a side salad
you get a plastic knife you can use
to keep Albertine prisoner forever.