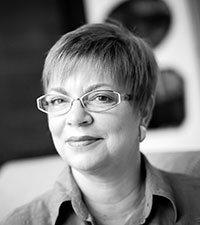 Peg Robarchek lives in Charlotte, North Carolina and while this is her first book of poetry, she has been in publishing for many years. Her most recent novel, In the Territory of Lies, was co-authored with Lois Stickell and is available on Amazon.com. Her first children’s book, Bean Is Born, was published in 2013. She has written more than 25 novels that have been published in more than 10 languages, as well as numerous works of non-fiction. Print and online journals that have published Peg’s poetry include Kentucky Review, Kakalak 2014 and 2007, Blast Furnace, typoetic.us and First Literary Review East.

A former daily newspaper editor and reporter in North Carolina, Nebraska and Florida, Peg is a graduate of Florida State University. She has taught fiction writing for both Queens University and Central Piedmont Community College. You can connect with Peg on Twitter @coachpegr, on facebook.com/PegRobarchekAuthor and on Goodreads.

In her sultry Inventing Sex, Peg Robarchek reinvents the lexicon of those first lurches into the carnal and wholly exhilarating awakening of the flesh. Often she takes on the subject directly, boldly and with inimitable wit; but she also has a deft touch with those peripheral, deflected moments when the flesh abides in that sliver of distance, albeit a gulf, between desire and the realization of it – as in “July” where “Dark swallows the moon, / fills in pinpricks / where the universe strains / to blink through.” This is an absorbing volume of poems.

At the outset of this collection, Peg Robarchek introduces God’s feminine companion, Sophia, the Spirit of Wisdom, who helps set everything in motion at the point of creation. They celebrate with the first dance, a tango, precursor to the inventing of sex. Robarchek explores this invention, the way women learn about it and respond to it. She reflects on the hurt, joy, love, lust and awkwardness in relationships with humor, sensitivity and candor. She touches on everything from abuse and disappointment to the romantic “when all the togetherness leaves you feeling/alone in the world.” These poems take the reader through various encounters from bars to coffee houses, meet-ups, breakups, marriage and divorce. In the end “…at the Intersection of Him and Her,” we “…rush into the thrill of knowing/anything can happen.” This book is ultimately a fun read. Read this collection and enjoy it as much as I did.

I was there when he set the heavens in place…and when he marked out the foundations of the earth. Then I was the craftsman at his side…
~ Proverbs 8:27, 30

On the eighth day, God created
the tango.

Drunk
on the novelty
of our new creation, we celebrated.
Seeing me with new eyes, he
drew me close.

No reason
to deny it: we strutted our stuff
for our man and woman, dancing
under new-strung stars, teaching
them the moves, how
to make fire.

Aroused
by music and rhythm, we slipped away.
Left them, round-eyed and naive, under the tree
with, yes, the python, gleaming black
in the moonlight, eyes bottomless
as its soul.

without touch
to shoulder the weight.

Locking eyes instead,
prowling for places where the pain
of staying with it is a naked,
groaning thing.

The length of you, shadow
and heat; and me, arching
blind and high
to meet your pulse,
feel the soft huff
of your breath.

The Story of Men Touching Her Face

The first one:
Thumb and forefinger
lock her jaw, not so hard
it bruises,
just a reminder
bones break.

The next one:
Her mouth belongs
to him: his to kiss, his
to force down
onto his sex,
his to silence.

Another one:
He reaches out
to thumb cabernet
from her lip;
she flinches, a story
he can never unsee.

And this one:
He teases the twig
from her hair, cups
her face with his fingertips,
unaware this is the moment
everything changes.