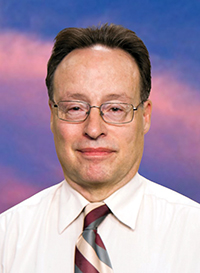 J.R. Thelín’s previous collections of poems include Breath Into Bone (Smalls Books, 2010) and two chapbooks, Dorrance, Narrative, History (Pudding House Publications, 2004) and The Way Out West (Concrete Wolf, 2005).  In 2008, his entry to the Bomb magazine poetry competition was chosen by Kimiko Hahn as the winner and was published in the spring issue for 2009.  Thelín has attended numerous schools, including Carleton College, Colorado College (B.A.), and Vermont College of Fine Arts (M.F.A.).  He lives in Buena Vista, VA and works at the University of Virginia in Charlottesville.  John is also a professional musician (drummer) and a foreign film fanatic.

John Thelín’s poetry is made of manic wit and driving onwardness, which isn’t surprising since he’s a drummer by trade. These qualities he turns into sketches of people who practically leap—or stagger, or dance—off the page. Bobby Weirdbeard. Chris the Fiddler. Jaynie Jane and her mystic brownies. Thelín presents them all, as he presents Albuquerque itself, with a mixture of affection and distress, humor and melancholy, in the mode of Gregory Corso and Jack Kerouac. Last Cha Cha in Albuquerque is a fast-talking road trip, and readers will be glad they went along for the ride.  ~Joseph Hutchison, The World As Is: New & Selected Poems, 1972-2015

John Thelín’s book Last Cha Cha in Albuquerque is an exquisitely rendered opus majus rising from the Land of Enchantment. He invokes masks and mayhem, lepers and lovers, and classic rock & roll. He carries his “Strat everywhere, naked or encased” as a metaphor for life below the Sandia Mountains. He has the negative capability as Keats would have wanted it to be and the capacity to resonate as Buddy Holly would have wished. ~Nick Carbo, Secret Asian Man.

Last Cha Cha in Albuquerque dances us through the poet’s memories, bringing us lively rhythms and ruminations of New Mexico: her green chile riffs, her Sangre rolls, her wide blue, and scruffy streetlife, her edgy darkness; it’s a sharply seen slice of the early ‘70s, sung raucous and heartfelt back to us. These are times and tunes we know, we loved, and we remember now, in Thelín’s vivid, musical collection: his clean rhetoric, his shapely tropes lift a homie’s heart, and delivers stories we can dance to. ~Judyth Hill, Men Need Space

as scruffy-bearded Toad, lame
in one leg, brays one too many
Cosmic Cowboy ditties, taking tips

in the poorly ventilated co-op kitchen
served by Miriam, too biblical
too beautiful to joke with while Roberto,

of foamy suds. Some weeks they go without
salary, to keep it all afloat.
He comes back nightly, more often than Toad,

though he knows one of these nights
the Sandias will look down
on a vacant, thoroughly swept café,

socorro stirring up mimosa leaves
in the rock-laden parking lot,
a stripped down Mustang the only tenant,

its 8-track jamming, the boy and girl
moaning, never knowing the taste
of carefully tendered stews and casseroles,

the smell of white camelia petals
as they land, briefly, on Toad’s
raggedy guitar case as he limps
toward the bus headed for the valley.

She has to drink
before each session set up
in the swept and mopped record store
in Albuquerque while tumbleweeds
spin down the street.

She whirls around in front of the drums,
the metal of her flute catching a glint
of sunlight from a blistering white sun
through the rock ‘n’ roll-postered window.
This is not rock, but free jazz

and it scares the shit out of her
even as the drums and bass
lay down a “let go, let go” cadence.
My god, the other wind player prays
to his fingers wrapped around

his soprano sax, what a tone.
It’s a pure oval of breath
that fills the room from floor
to record bins to more posters
on the walls, finally caressing

the blades of the ceiling fan,
gently whirring. All the rock ‘n’ rollers
bow their heads toward her sound,
envy tearing their eyes
while the sax player stares

through the floor, his heart cringing,
waiting for the gin to take hold
to help her notes splinter and slur,
the world’s first nervous laugh
to explode from her lungs.