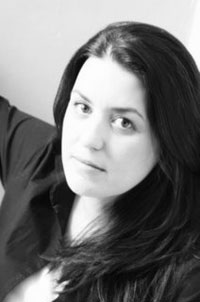 In addition to Lit Windowpane, Suzanne Frischkorn is the author of several chapbooks most recently: American Flamingo (MiPOesias Press, 2008) Spring Tide, (Aldrich Museum, 2005) and Red Paper Flower, (Little Poem Press, 2004). Her poems appear in numerous literary journals and anthologies including Ecotone, Indiana Review, MARGIE, Poet Lore, and Conversation Pieces: Poems that Talk to Other Poems, part of the Everyman’s Library Pocket Series. She is the recipient of the Aldrich Poetry Award, and an Artist Fellowship from the Connecticut Commission on Culture & Tourism.

In a time when there is no greater question than the question of environmental survival, Suzanne Frischkorn’s LIT WINDOWPANE reminds us of the necessity of unadorned and unapologetic praise for the natural world. In language spare and well-keeled, Frischkorn’s poems instill in the reader the kind of “perfect attentiveness” that the poet Alan Shapiro reminds us is required for reading and loving. Here, in these wonderful poems, we see that attentiveness devoted to the frail and meteoric world through a gaze that is both outward and inward.

From the introduction to Spring Tide, winner of the Aldrich Poetry Award

Suzanne Frischkorn’s poems are brisk and compelling. She writes as to a friend, or a stranger who might become a friend. The poems are extremely visual; the language is select and elegant, in the natural way a letter might reach elegance. The poem called Still Water begins “I want to tell you…”–a clear desire not only to express but to communicate. The poems are not home-spun by any means but exact, and exactly right, even at times beatific, so that we see what she sees as she sees it, which is pretty much, isn’t it, the poem’s intended accomplishment?

The Mermaid Takes Issue with the Fable

I came in the tavern totally naked, that’s true.
And those drunk men inside: began to spit.
I was from the sea and I knew a thing, or two.
Yes, yes, a mermaid, but I had not lost my way.
The insults bounced off my gleaming scales.
Obscenities reflected in my tawny breasts.
Oh, I know tears, but on this we agree: I did not weep tears.
I know clothes, and I did not have clothes.
They blackened me with burnt corks and cigarette stubs
and rolled around laughing on the tavern floor, yes.
I did not speak because they would not have listened.
My eyes were the colour of close hatred.
My arms made of white diamonds.
My lips moved, a whisper, in light of the anemone
darts, white threads centered and caught by each gaping mouth.
Entering the sea I was rinsed
clear like an empty mug of beer.
And without looking I swam,
swam towards fullness, swam towards life.

An Eye on New Zealand’s Bird

A virtue, yes, not quite
the fifth ranking
angel, yet close;

its velocity a wave,
reflects, bends back.
I seek beauty

through journeys
by air or water, corridor
and duct. A day’s

travel brings the elapse
of radar, its echoes
from unknown origin.

I risk collation in parallel
passages, and note
elements in piano keys:

and more effective?
The rip of a seaplane,
or the white-breasted
water hen, rare and flightless.

At first it was an ember; its glow I nursed
like a welt after the open wound you left
in the row. Anger, yes, but what is anger
if not passion? Sparks, if not chemistry?
A lab of mulch, calyx, and bitterroot. Your
neat snips-kitchen shears?-selective: not
the first in the row, yet the second and today
the third. My pretty girls, my charming
darlings. Oh, the hours I conjured their hue
of red-for cheerful and its stain of glamour.
Tulip, native of Asia, sister of Geisha-
petals demure, dainty and closed
each evening. I’ve contemplated a linger
in the eaves with a shotgun. A friend suggests
a garden hose. And like a misunderstood lover,
I harbored plans-one with a black alder
and epoxy-discarded for mercy. Your ache
for beauty much like my own dogma. I know
the gasp of a red petal on the asphyxiated
heart-how it jumps! Perhaps, your wife
has packed and paid for a ticket to the gas
station where the attendant grows iris-
so violet-clearly, a man who knows
how to tend. You saw my tulips and thought
to dazzle her back with scarlet; it’s the true nature
of violet, pure. I like to think my tulips save
your marriage-you’re off to Niagara Falls
for a wet second honeymoon and surprise
baby. This, I understand. Sometimes we need
reckless acts to see each other again.