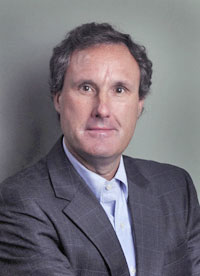 Charlie Burnette’s writing races with excitement. Hidden land mines at the reader’s every step, rarely give pause to catch one’s breath. MANIPULATION blurs the distinction between truth and fiction, right and wrong and leaves you helplessly lost to save the righteous.

Murder, rage and revenge take a back seat to the psychological splendor of mental evolution and manipulation found in this surprisingly unpredictable tale of greed and motivation.

What happens when an intellectually superior six-year old boy is repeatedly sold by his own mother to abusive men? He rises up against his environment with a fiery vengeance torching all who wronged him. The combination of his abuse and brilliance create the building blocks of a criminal mind nearly devoid of emotion, taking the reader on an emotional and evolutionary roller coaster ride of shock and fear with unexpected consequences.

The rusty mattress springs squeaked out a sad song in Sid Murck’s ears. His fifty-five pound body rolled away gently. He wanted to throw up but knew better. At six years of age, Sid had cried out to his mother often, but she never answered.

Sid grabbed his knees and tucked his head slowly as he watched the man struggle with his zipper. A single tear fell from his eye and soaked into his unbuttoned tweed wool pants. He jerked slightly as the man rubbed a hand across the silky smooth side of his face.

“You’re better than any woman in this place, kid. See ya next time.”

When the man left and the door closed, Sid sobbed with both hands over his face so no one could hear. He prayed God would save him from the torture each night brought. He learned the prayer out on the street, taught by a woman dressed in black and white. His mother told him nothing good would come of those Catholic people except free clothes. But the prayer felt warmer than the threads around him, so he used it as a shield to ward off what he couldn’t understand.

The small room was quiet except for the pounding and moaning muffled by the walls on either side of him. The brief silence became his hideout until a prostitute claimed it to turn a trick with her next customer. He calmed himself for the tears to dry, took a few deep breaths and waited for the knock.

The lingering stench of cheap perfume and aged body fluids followed Sid out into the hall connecting the same-sized bedrooms. His short, uneven steps spared some of his pain as he rounded the corner, until nine-year-old Bert Keller startled him. Bert towered over him with a mostly-toothless grin.

“You nothin’ but slime, Sid.” Bert laughed with an undertone of hatred that rattled Sid to the core. His shame was no secret among those seeing him pulled into the room. He shook as Bert forced his hand down into Sid’s pocket, pulling out a quarter and a nickel.

Sid swallowed his words. The pain of Bert’s fist in his gut was fresh and clear in his mind from the last time Bert stole his money.

Wanting to be the good boy the prayer lady talked about burned in his heart. He felt if somehow somebody could see the kindness inside him, life would get better. But the Starlight choked his dreams everyday, and his gentle way was at odds with everything that touched him.

He grew tired of looking for someone who cared. Sid’s emotions calloused each night as the worst off the street paid Rosie Murck, his own mother, to work him into a back room between the regular ladies. In the Starlight, the only home he’d ever known, he watched soldiers and draft dodgers alike celebrate the end of the Second World War, waiting a turn to put their exclamation point to the event of the century.

His momma controlled the action, and he heard her boast that the end of the war was good for business. But the war tossed in his mind without a clear notion of what it meant. Talk of guns and blood painted his vision, and the mention of peace seemed an empty promise from where he stood. Rarely did the Starlight soften its brutality long enough to give him a ray of peace, his war.

A parade. A celebration. An unusual sight for the neighborhood caught Sid’s clear brown eyes. After looking out, he climbed down from the wooden chair which boosted him to eye level with the small glass window in the front door of the Starlight. A strange rush of excitement overtook him. He looked backwards, slowly, to see if he was being watched.

A small whisper of freedom flowed through him as he stepped out the door into the sounds of happiness. The mid-afternoon sun highlighted the rainbow of colors moving under the clear sky. The cool air tasted almost like candy. His legs tingled as he stretched them along the crowded sidewalk, striding with an unfamiliar joy.

He settled into a small space by the curb between two ladies in large overcoats. They warmed his thinly covered arms as he watched a flower-laden float of clowns pretending to be German soldiers with bad aims. The crowd roared with laughter, and the parade moved forward.

Across the street, a set of eyes beckoned to Sid with a look of helplessness. A teary-eyed girl, with blazing red curls blowing in the crisp autumn winds, stood alone among the roars of victory. He slipped between rows of dressed-up elephants, and felt his heart pounding as he got closer.

Her eyes met his. “I’m lost.” She was an inch shorter than Sid and spoke with a voice so soft and clear that he wanted to smile.

“I’ll help ya. We’ll find yer home,” Sid said as cheerfully as he could. “Where do ya live?”

Sid patted her slender arm as he looked in the direction she pointed. “Then that’s where I help ya to. We’ll get there, safe and sound.” Sid watched her innocent face, now relieved, beaming trust for him. Virtue came over him knowing he’d save her, become her protector. Offering her something he longed for himself gave him a sense of purpose. He felt a new warmth inside until the abrupt sting of his mother’s hand, crashing across the back of his head, snapped him out of what was making him feel good.

“Get ya stinkin’ no good chops off dat red-headed jail bait. Ya be makin’ time, it’ll be on my time,” she bellowed in her deep, raspy voice.

As she dragged him by the back of his shirt through a band of marching American Legionnaires towards the oppressive walls of home, he could only think of the girl with the curls. What would happen to her?

Rosie’s bathrobe barely covered the large breasts she liked to shake near the Starlight customers’ faces. Sid saw jaws drop on the parade watchers’ expressions as she, without a care, flashed a bit of what she called her glory. Rosie’s fading brown hair and once firm curves bounced across the busy street as she pulled Sid along. He pretended to be invisible as he hid in her shadow.

He wondered why his mother hated him. He wasn’t “sickly” like she accused him of being, but things he saw and heard often caused him to lose his meals.

In his mind, he could mostly block out the men. But he couldn’t understand why his mother wasn’t treated better. Through the walls he heard the men yelling mean names at her most every night, telling her to do things. It made him think of a picture book he once saw in a doctor’s office as he waited for his mother, who had caught something from one of the johns. He flipped pages of circus animals jumping to whips.

Though his mother cared nothing for his misery, he wished he could spare hers. Together they could stop the pain, but she would never let him.

“You’s part of the money. Stay where ya be,” she’d say, never looking in his eyes. Sometimes he thought being dead would be easier than being hers.