My Dog Does Not Read Plato

* * * This title was selected for publication under the MSR Editor’s Select Poetry Series after finishing as a runner up in the 2004 MSR Poetry Book Award Contest. * * * 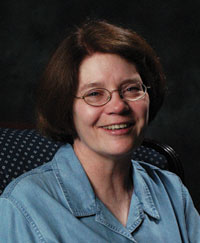 Cathryn Essinger’s first book, A Desk In The Elephant House, won the Walt McDonald First Book Award, from Texas Tech University Press. Her poems have been anthologized in The Poetry Anthology, 1912-2002, Poetry Daily: 366 poems, O Taste and See: Food Poems, and in Grrrrr: A Collection of Poems About Bears. She teaches writing classes at Edison Community College in Piqua, Ohio, and her dog does not read Plato.

Cathryn Essinger has written a book of shapely, good-natured poems, whether that nature is on the loose or domesticated. Though the title My Dog Does Not Read Plato may suggest that whimsy runs free here, Essinger keeps it on a tight leash. Every poem is balanced between observation and invention, every creature exactly itself and more than itself, her mind enriching what her eye sees. In these artful, amiable lines, humor is at play and a sympathetic imagination at work, so that we feel comfortable even when we enter the most unlikely situations, such as “The Man Next Door Is Teaching His Dog to Drive,” at home again in the ordinary marvels of the world.

Her dog may not read Plato, but Cathryn Essinger reads her dog, and much else–even “a book without words”–with startling, precise attention and affection. These poems–sometimes funny, sometimes dark, but always sweet–slip effortlessly from everyday moments into mystery and back again. Their skillful, rueful, joyful recognitions multiply, mutate and coalesce into a vision worth treasuring. .

“A restless object will simply / slip away to begin a journey of its own,” writes Cathryn Essinger as she acknowledges her own creaturely restlessness and so journeys toward “the darkness we knew before knowing.” In poems filled with domestic longing and muted humor, she tallies those nights “where wildness / found me” and those mornings “where / a small thing…/ could have another chance.” My Dog Does Not Read Plato places its faith in such chances and in our ability to recognize them, even if “by the time we name them, they are gone.” These poems constitute such meaning, and recognize how often we live not only in the residue of what has passed, but in the wisdom that “love… / can fold in, infinitely, upon itself.” Essinger strikes such delicate balances again and again.

I leaned a mirror against the wall and for two weeks
we had twice as many cats and dogs,
knees and feet.

The cat, adept at avoiding controversy, slipped
between the wall and the mirror frame, reducing
her worries by half,

but the dog, too big for such an out-of-body
experience, simply hurried past, tail low,
ears flattened.

No epiphanies for her, no moments of self
awareness, no desire to see herself as another.
She does not fret

over her mother’s eyebrows, her father’s sturdy snout,
or regret last night’s stolen pork chop, the bowl
she licked too clean.

She has never been nagged by doubt, or trusted shadows
on the wall of the cave. By the time I hang the mirror
I have almost forgotten

what I wanted to see. Reason tells me the mirror is true,
but where is the proof of the mirror’s reply?
Who can step beyond

to check the mechanism and its validity? All my dog knows
is that the mirror lies, and I have no reason
to think otherwise.

The Man Next Door
Is Teaching His Dog to Drive

It all began when he came out one morning
and found the dog waiting for him behind the wheel.
He thought she looked pretty good sitting there,

so he started taking her into town with him
just so she could get a feel for the road.
They have made a few turns through the field,

him sitting beside her, his foot on the accelerator,
her muzzle on the wheel. Now they are practicing
going up and down the lane with him whispering

encouragement in her silky ear. She is a handsome
dog with long ears and a speckled muzzle and he
is a good teacher. Now my wife, Millie, he says,

she was always too timid on the road, but don’t you
be afraid to let people know that you are there.
The dog seems to be thinking about this seriously.

Braking, however, is still a problem, but he is building
a mouthpiece which he hopes to attach to the steering
column, and when he upgrades to one of those new

Sports Utility Vehicles with the remote ignition device,
he will have solved the key and the lock problem.
Although he has not yet let her drive into town,

he thinks she will be ready sometime next month,
and when his eyes get bad and her hip dysplasia
gets worse, he thinks this will come in real handy.

It begins as a jerk behind her rib cage,
then becomes a spasm, a beautiful ripple
of muscle moving along her sides

as she tucks her tail along her belly,
flattens her ears into a helmet
and hunkers, head bowed

as if she owed the earth an apology
for eating something she is now
going to return so unceremoniously.

The gag reflex catches. She smiles
a tight lipped grin, opens her mouth,
bares her teeth and chokes up

the item that just moments before
seemed too tasty to pass up, some
thing so enticing that she couldn’t

decide whether to wear it or eat it.
She dipped one shoulder, thoughtfully,
anticipating the fragrance

matted around her ears and throat,
the odor so intense that it will cause
her eyes to water, but she changes

her mind, gulps it down whole—
her usual oh-why-not response
to a universe so full of delights

that no one can resist a taste.
And if the impulse is a mistake,
just bring it up, move on.