for the Lunatic Insane

The Advance Sale Discount price on this title has expired. For those who prefer to pay by check, the price is $19/book (which includes shipping & sales tax) and should be sent to: Main Street Rag, PO BOX 690100, Charlotte, NC 28227-7001. 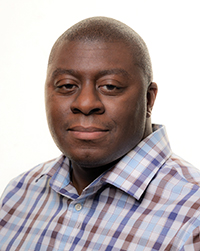 Negro Asylum for the Lunatic Insane enters the maelstrom of institutionalized racism and cruelty to aim an unflinching gaze at the violence, neglect, and delusions borne of Southern race ritual. These poems wield knives against slavery’s tumultuous afterlife, cutting us free, guiding us through thickets of scar tissue and nightmare till we glean the brutal clarity of American sin and bear witness to the wondrous power of Len Lawson’s artistic and historical imagination. ~Herman Beavers

Len Lawson is, above all, a talented lyricist whose candid chronicles of working in the field of mental illness—the patients’ trauma caused largely by the institutions supposed to treat and protect them—provides an insight into a realm plagued by racism and abuse, one often ignored and silenced by the world at the large. We come to learn of Lawson’s speaker’s interactions with Brock Bridges who “loved butterflies” and often too tried to escape the establishment, “thinking like the statue/chewing petals off that flower.” Though the speaker tries to keep a line between him and his patients, dealing with his own issues concerning his own happiness and the weight of family memory and present circumstances, all their lives are intertwined even in times of doubt: “I didn’t trust those butterflies like Brock did…Matter of fact I hate butterflies//They give people false hope//Everything can’t have wings/Everybody wasn’t made to fly//Ask all them Africans that didn’t/grow wings still on the plantation.” Lawson explores the larger implications of historical violence and survival, never flinching away (” If you show me this box/hovering up and down/heaven and earth,/I will show you/a casket/lowered into/a world’s eye”) through a variety of many (often experimental) free verse possibilities, and I too can be candid, this is one of the best collections of poetry I’ve ever read. Get it now. Lawson is going places. ~Rose Ben-Oni

Lawson’s Negro Asylum for the Lunatic Insane constructs a fictional institution based on actual 20th century mental asylums for Black people. This haunting, stark series of vignettes of people who occupy such spaces traverse through surprising and dangerous spaces in the mind. History starts surrounding us as an eerie specter seeping into the present, where mental health is now a demand as part of freedom in America. ~Tara Betts, author of Refuse to Disappear

in the parking lot
pointing and shouting
at those braving the storm.
Black folk knew him.

but he entertained the law,
half dozen squad cars,
uniforms laughing in a circle
holding each other up.

Who you cursin’ out today, huh?
Brock, go easy on ‘em, boy!
He attracted the law but tamed it.
Cuffed them with his odor.

Store manager wasn’t arrested by
the picket fence teeth and black gums.
That old dog became an honorary bagger.
When he opened his ashy palms—

fingers out like a weathervane—
they tipped him a dollar.
He would gallop home
with a wad of smelly bills.

One day a white lady found him
pissing outside the store,
came close behind, cursed him to leave.
He swung around startled, sprayed her face.

Calhoun became his home then.
Tornado kept twisting,
blistering cloud they called touched
but one they never would.

My croaking heart beating in my ears
Where leaves champagne the clouded path
A red carpet into nature’s wounds.

To grown men begging me not to let them die
To the iron rind of blood on the tongue.
I wasn’t off work when I left work

Just careened through levels of hell
Outside my mind and inside my chest.
I tried to get lost on the dirt roads.

But how could I, knowing the time clock
Would be calling me back to the grind
Knowing the bombs would be going off

In my head, a landmine bullfrogs can’t cross.
Roads in the woods, rippling through me,
Always led the way back home.