No Angels But These 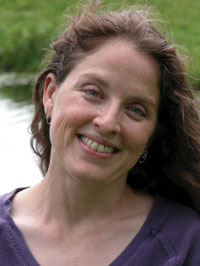 Dana Sonnenschein is an associate professor of English at Southern Connecticut State University, where she teaches literature and writing. She received her B.A. from the University of Iowa, her M.A. from The Writing Seminars, Johns Hopkins University, and her Ph.D. from Boston University.

Compass. Camera. Man cementing three cogwheels together beneath buzzing neon. Today a manifesto from France and tonight the sheets are glass the razor of his dreams etches with Paris, where a storm sheathes the trees in ice, where automobiles stand like sculpture in the boulevards. Behind the glazed window of a house of fashion, a mannequin tumbles over bolts of silk. He hears starlings, ice chiming in the branches like music, the decades of his life knocking together, the clatter of a woman’s high heels, a breaking and moving inside himself as she climbs on top of her chair. She sings. She stamps her foot. She will not leave the café. The waiter says she must wear a hat or bring an escort. Man Ray is waving his arms. He thinks he knows her or that he’s never seen her before but wants to take her home, turn her to bronze, dissolve her in light. He calls out bonjour, adieu, but no sound comes. When he closes his mouth, the black and white of her fades to years away: a violin with two curved sound-holes in the small of her back, amusing, perhaps amused.

You know her body before you know her name: that armless torso of Venus, slight and pale, a darker self drowning in the background, or the woman with both arms behind her, reflected in the metal shade and bulb of a photographic lamp. Bound with tape, tangled in electrical cord, held back by her own steel grip. One day she walks. Years later, Man Ray recalls his assistant in the darkroom: how something scurried across her foot, and she flipped the switch, bathing the developing negatives in light; how he did it again and again, and called it solarization. In her portrait, she sits, arms at her sides, straight-backed and steady as a pillar yet relaxed. Man Ray focused on the sigh of her throat emerging from her blouse, the breathless glance and permanent wave.

The magnet holds the pistol in its crushing vise, and both literally hang by a thread. In the circle they can be used to draw, someone may die. Or perhaps we are to believe that the pistol bends the steel bar by its own magnetic force, in New York in 1920, so that N is pointed south, the horseshoe is upside-down, and all the luck runs out. Unless you follow the directions of the man holding the gun.

Two years later, in Paris, Man Ray puts this Compass on a sheet of photographic paper and tosses down his room key at Hotel dês Ecoles. 37. The key with its tag and the magnet appear to be cut out of clouds, but the gun is pure noir. Passive agency. Streetlight gleams on the barrel and trigger-guard. It looks like you could pick it up right off the page.

When he fled from France in 1940, leaving most of his degenerate art at the mercy of the Nazis, Man wound up in Hollywood. Imagine him driving cross-country with a necktie salesman and a dancer’s address in his pocket. He arrives to night and neon. He fumbles for coins to call. The plot is predictable: he falls for the woman and plans to begin life again as a painter. He says he will take no faute-graphs.

Out in the canyons and down in the city’s vacant lots, for decades to come, women’s bodies are found, cut apart and left in pieces. When he reads about these crimes, Man recalls hands chopped off mannequins and cropped off live models, his lovers’ decapitated torsos, their heads on a block. How beauty held still for him. The police strobes flash, their car lights bleed blue and red over the scene. When he looks at the photographs, Man thinks if the police had asked him, he could have told them: the body never lies, the camera, sometimes.