Nothing Below But Air 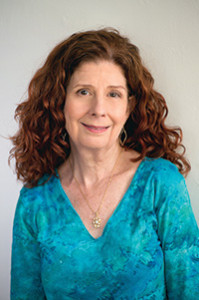 Pat Riviere-Seel is the author of two chapbooks,  The Serial Killer’s Daughter, winner of the 2009 Roanoke Chowan Award for Poetry, and  No Turning Back Now (2004) a Pushcart Prize nominee. She was awarded a fellowship from the Hambidge Center for Arts and Sciences and has served as Poet in Residence at the North Carolina Zoo. A graduate of the MFA Program for Writers at Queens University of Charlotte, she has taught in the Great Smokies Writing Program at UNC-Asheville. Pat is a former lobbyist, publicist, award-winning journalist, and editor.

To read Pat Riviere-Seel’s powerful new collection, Nothing Below But Air, is to get into a hammock, a net of imagery, a web in space and allow these musical lines to lift you into times and places which delicately appear, then dissolve. Past loves, past lives swim up and suggestively form in a dark-room: small narratives that evoke the complex double-nature of present tense. This is a poet who, like the bear in this collection, “balances on her hind legs” to pick (for us) what is wild, and wildly sustainable, in a sometimes chaotic world. Such a uniquely intricate book—a tinted cosmology offered for every reader to savor.

—Katherine Soniat, author of A Raft, A Boat, A Bridge

The title of Pat Riviere-Seel’s first full-length book of poems lets us know that we are about to encounter a personality courageous to the point of recklessness. “I weigh the risks, / say: try.” The poems, like the poet, seem willing to take any dare in the hope of making powerful discoveries. Would she physically embrace a bear? Yes, indeed, for the opportunity to “breathe / the scent of the whole wild world.”  These poems offer many such opportunities. Only the fainthearted could resist them.

The four distinct sections of Nothing Below But Air demonstrate the many facets of Pat Riviere-Seel’s talent as a poet. She lends felicitous attention to the sounds and rhythms of language, to the ponderous silence of stones, and to the mysteries of the bright, beautiful creatures of the natural world. This is a rich collection that manifests lyrical insight as well as hard-won knowledge, wisdom accruing all the while as the poems wrestle with the paradoxes and complications, the griefs and delights of a life fully lived.

Mine is like river rock,
smooth and hard, bedded
in Colbert Creek, molded
burnished by water that rolls
into the South Toe River.

I have felt these stones
in my hands, built a border
around perennials and herbs.

I have waded over these stones,
stubbed my toe and lost my footing.
I have fallen into the icy water.

So, come, teach me
the language that you speak.

could I dash down the stairs, shout
your name, catch you there, before
the doors slide shut. I watched you

wait for me in restaurant bars. I loved
the way you sat, straight and square 
composed like a calm and patient man.

I made bets with myself on just how long
before you spotted me. Near the end
you seemed to sense me there outside

the opened door. We left drinks,
dinners barely touched. Like orchids
we lived on air. Our breath silvered

windows, disappeared like ghosts.
All night we tended our exotic garden,
our own bruised lives suspended

until mornings when we left lush ripples
of rented sheets, picked our separate ways
blind and betrayed by sundrunk dawn.

bring our palms to namaste, eyes closed,
breathing in, breathing out, deep and slow.

Warrior Two, she says, and I sweep
my arms out, horizontal, step my left

foot left, exhale and pivot
to the right, root my feet

into the floor, then lunge,
right knee bent. Years ago I learned

this pose, but then my right hand grasped
a long thin foil, left arm curved up behind.

I was a warrior, dressed in white,
mesh mask shielding my face. Because

I could not block and tackle, I learned
to feint, parry, riposte, and attack.

Blade blunted and bound in that ballet
of wit and skill, I lost myself

in the next move. No time for meditation.
The self that stands in Tadasana still calls
en garde.