The Collected Stories of

Giorgio’s stories are filled with quirky characters doused with a heaping helping of humanity. Readers will recognize these characters from their own lives and possibly from the reflections they see in their mirrors every morning. There’s the woman who battles loneliness by searching for dead birds during her lunch hour, bringing them home to her special angels’ cemetery in her back yard. The man who becomes obsessed with finding the voice already recorded on his newly purchased answering machine. The woman who decides to dub herself a widow and gain new friends and sympathy at a retirement village in Florida. And the couple who struggle to restore intimacy after the husband’s emergency surgery leaves him with a stoma and colostomy bag he names Mick, creating an odd threesome in bed.  Plus many more, covering the full spectrum of the oh so human spectrum.

Kathie Giorgio’s first published short story, accepted when she was fifteen years old, launched a career that has now spanned forty years. Oddities & Endings is a collection of forty of Giorgio’s stories, the majority of which originally appeared in literary magazines. A few special “never before seen” stories specifically written for this collection are included as well.  Oddities & Endings; The Collected Stories of Kathie Giorgio delivers everything its title promises. 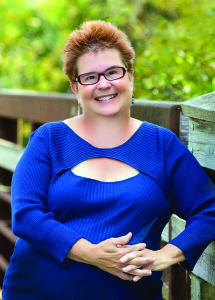 KATHIE GIORGIO’s short stories and poems have appeared in over 100 literary magazines and in many anthologies. She’s been nominated for the Write Well Award, Million Writer Award and for the Best of the Net anthology and has been interviewed for articles in Poets & Writers magazine. She is the director and founder of AllWriters’ Workplace & Workshop, an international creative writing studio. Oddities & Endings is her fifth book, a collection of stories published in literary magazines, with a few surprises included as well. A poetry chapbook, True Light Falls In Many Forms, is also due out in 2016. Her previous books are the novels, The Home For Wayward Clocks, Learning To Tell (A Life)Time, and Rise From The River, and the story collection Enlarged Hearts. All were published by and available through Main Street Rag. The Home For Wayward Clocks received the Outstanding Achievement award by the Wisconsin Library Association and was nominated for the Paterson Fiction Award. Its sequel, Learning To Tell (A Life)Time, debuted to a standing-room only audience at the 2013 Southeast Wisconsin Festival of Books where Kathie was the welcoming Keynote. Rise From The River was debuted at Carroll University in Wisconsin, where Kathie was Visiting Author. Enlarged Hearts was selected as one of the 99 Summer Must-Reads in 2012 by the Milwaukee Journal Sentinel. Rise From The River was selected for the same list in 2015, as well as for the Boswell Books Must Reads For Spring list.

Kathie Giorgio’s stories are remarkable, if not terrifying, in their range; there’s humor here, but also horror, and the results are often unsettling, but never, ever ordinary. —Liam Callanan, author of Listen

Kathie Giorgio is fearless in her subject matter. In Oddities and Endings, Giorgio skillfully and realistically explores the minds of society’s most unusual, most broken people. No background is too dark, no future too hopeless, no present too raw for Giorgio’s deft hand. This collection will bring hours of thought-provoking, uncomfortable reading pleasure. –Larina Warnock, poet & founder of The Externalist

Don’t be fooled by the expository style or simple, direct language in Kathie Giorgio’s short stories. A closer look reveals hints of sadness and longing just below the surface as she explores meaningful connections between characters, some conventional—parent/child; teacher/student—and others rather unexpected—child/storybook; owner/pet iguana. Throughout the collection, Giorgio subtly demonstrates her characters’ changing perspectives on these evolving relationships, forcing us to consider our own. —Katie Budris, author of Prague in Synthetics; Editor in Chief of Glassworks

When Audrey turned fifty-two years old, she went to a pet store and adopted an iguana whom she named after her favorite cookie and a never-ever husband. From the time she was a very little girl and loved fig newtons, she’d planned on a husband named the same. He never showed up and at fifty-two, Audrey figured he never would. She knew she was likely expected to adopt a cat, but she didn’t want to be a cliché, so she decided on an iguana instead. She called him Newt for short.

Newt came with a large aquarium where he slept at night and where he stayed during the day when Audrey was at work. But when she was home, she allowed him the run of the house. The pet store people told her that iguanas could grow as large as six feet long, and weigh up to twenty pounds, and she wanted to let Newt grow as large as he chose to be. Growth, she knew, was essential in any successful relationship. Previous relationships ended because either she or the man felt suffocated. Audrey didn’t want to suffocate her iguana.

She trained Newt to sit on her shoulder as she walked around the house, and to flatten himself on his belly on the couch cushion next to her. He was a brilliant and healthy green, speckled through with a red wine ticking, and he had a soft white underbelly that she liked to stroke. Newt was accepting of her flipping him on his back and patting his tummy, so she figured it was a mutually enjoyable thing to do. Audrey learned over her years that it was important in a relationship to have many mutually enjoyable activities. Too much time alone deteriorated the couple status. So it pleased her when Newt seemed perfectly happy to go along with whatever she wanted. He nodded at her often, bobbing his head in the most gregarious of ways. She pondered buying him a hat.

“Newt,” she said, “I really enjoy being in your company.” And Newt seemed to enjoy being with her too. He even took to climbing partway up his aquarium wall when he heard her key in the lock. His bare white belly, pressed against the glass, glowed like a welcome home light on a wide front porch.

Soon Newt chose to grow too big for the aquarium. Audrey took some patio bricks (Newt liked to lay on hard things; she figured it reminded him of rocks, as if he lived in the wild) and placed them nicely on the living room floor against a wall. She bought a sunlamp and put it on a timer, so that Newt had plenty of opportunities during the day to soak in the sun on his warmed “rocks.” In her back bedroom, which she called a guest bedroom, even though the only guest was Newt, she kept a shallow plastic kiddie pool for him to splash in. Newt began to come to the door to greet her, raising himself straight-legged, his limbs moving in his splay-toed iguana way. Audrey always thought he looked a little like a robot, like one of those toys you controlled with a joystick. He moved stiffly and swiftly, but always toward her.

Audrey and Newt were in the back yard one day in spring, the first really warm day of the season, the first day Audrey let Newt come outside. Audrey was working on her flower garden and Newt sunning himself on her shoulder, when the neighbor, Frank, stepped over the invisible border between their houses. “Good lord, Audrey,” he said. “What in the hell is that on your shoulder?”

Audrey glanced at Newt, even though she knew who Frank was talking about, even though she was fully aware that Newt was there. Newt’s dorsal spines, the spikes along his back, rose up and went stiff. “This is my iguana, Frank. His name is Newton. I got him last fall. I guess you haven’t seen him yet because it’s been too cold for him to come out.” She reached up and patted the lizard’s head. His spikes sagged and he pressed against her palm. “He likes the sun. And he’s good company.”

If readers would like to read the rest of the story, order Oddities and Endings by Kathie Giorgio.