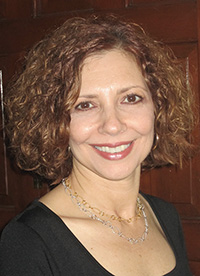 Elisa Albo is the author Each Day More, a collection of elegies that reflects on the loss of family, friends, and strangers. Her chapbook Passage to America recounts her family immigrant story. Her poems have appeared in numerous journals and anthologies, including Alimentum, Bomb Magazine, Crab Orchard Review, Gulf Stream Magazine, InterLitQ, Irrepressible Appetites, MiPoesias, The Notre Dame Review, The Potomac Journal, and Tigertail: A South Florida Annual. Born in Havana and raised in Central Florida, she received an MFA from Florida International University and teaches English and ESL at Broward College. She lives with her husband and daughters in Ft. Lauderdale, Florida.

On the cusp of a new era in U.S.-Cuba relations and the unsettling growth of anti-immigrant sentiments in our country, this book is more important than ever. Like an emotional historian, Albo’s beautifully and authentically crafted poems render the real struggles of real lives caught in the crossfire of political history, as well as revive our hope in the American Dream. —Richard Blanco, U.S. Presidential Inaugural Poet, author of Looking for The Gulf Motel

I am impressed by the precision and passion with which Elisa Albo has written these poems of personal genealogical and historical witness to the immigrant experience. Her eye for lyric detail and social nuance is marvelous. This Passage to America is a lyrical journey to be savored. –Campbell McGrath, author of XX: Poems for the Twentieth Century

The passage in these elegant poems is not merely the physical transference from one homeland to another, Cuba to Miami, locations separated not so much by miles as by time and emotion; it is the psychological and emotional distance that divides the two worlds, one the poet has learned to measure: “the sky above/my door in Miami/over forty years/later is barely/two hundred miles north…” The poems in this collection also trace the spiritual journey of the one caught in the middle who must ask, “Are we gypsies, nomads, migratory birds?” Elisa Albo defines the role of the poet not only as the questioner, but also the healer, the keeper of memory, living “on the edge of a slippery pearl, an island/I have never know, I have never seen,/except on the atlas of my memory.” –Judith Ortiz Cofer, author of The Cruel Country

How to Make a Raft

You will need the following items:
canvas, tractor tire inner tubes,
twine, wire, sawed off oil barrels,
wooden planks, nails, cut up branches,
a back door, a compass, the end

of a rope, a final straw, to have
had it up to here. Aspirin, some
honey, a shot of cane aguardiente,
an ocean of hope, a cup of grace,
a hand, two arms, a thread, a chance,

a symbol, a word, a joke, a song,
a line of poetry—preferably Marti.
You’ll need a sunny day, a starry
night, a good wind, a statue of
la Virgin de la Caridad del Cobre,

an olive branch, though a palm frond
may do. Take your birth certificate,
passport, marriage license, diplomas—
you’ll lose them at sea. A pad with
the telephone numbers of Uncle Tito,

Cousin Juanito, your niece Maria Elena—
you’ll lose those too. Don’t forget
your most cherished photographs.
Before you leave, give away or sell
your dresser, bed, clothes, shoes,

appliances, paintings, plates, T.V.
Take only what fits inside. When
you build a raft, everything changes
forever. If you return, you’ll find little
of your former life. You’ll get used

to your new life. While in the water,
stay calm, watch the horizon, don’t
bleed, don’t think about what lurks
below, only what lurks behind. If
you make it, you’re free. Muy bien.

Because the sand is bright
and sharp as diamond dust

a young woman sunbathing
in the distance waves to her

elderly aunt who motions for
her to approach. Standing

in front of a Cuban social
beach club next to the aunt,

a tall, dark-haired young man.
The young woman runs up

in her bathing suit, her skin wet
from the sea, eyes clear blue

Caribbean. Introductions, hand
shakes, and as quickly she has

skipped back over the sand
to her friends on the edge

of the island shore. He is struck—
and pursues her like the tide.

A year later they marry,
honeymoon on Miami Beach,

in two years a baby, then another,
and a revolution that will spin

them out over the sea like birds
startled by a shot out of a tree.

But that day, heat rises in clouds
of expectations. Waves cool

sand that burns and scratches,
preparing the soles of their feet.

At the Havana airport,
soldiers opened my mother’s
suitcase, rummaged through
her slips and nightgowns,

emptied her toothpaste into
a bucket—in case jewelry
was hidden inside.
Then, she has told me,

she and my baby sister and
I landed in Jamaica, courtesy
of a Jewish agency who had
secured our passage, paid

when agency officers came
to check. For seven days
we woke and slept with
no milk, just the nightly

cries of misplaced minds.
On the third day, my mother
pleaded for an egg, which
she separated before feeding us

the yolk. On the fifth day,
she threatened suicide—
a small jar of strained peas
appeared. Each morning

she went to a bathroom down
the hall, a baby in each arm,
and brushed her teeth with
a bright white bar of Ivory soap.