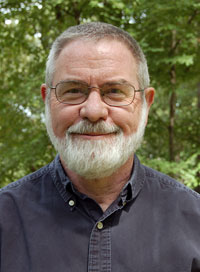 Ken Autrey, a native of Alabama, teaches English at Francis Marion University in Florence, South Carolina. Previously, he served as a Peace Corps teacher in Ghana, a writing teacher at Tougaloo College in Mississippi, and a Visiting Professor at Hiroshima University in Japan. He earned a B.A. degree from Davidson College and graduate degrees from Auburn University and the University of South Carolina. His poems have appeared in Atlanta Review, Chattahoochee Review, Cimarron Review, Poetry Northwest, South Carolina Review, Southern Poetry Review, and elsewhere. He and his wife Janne live in Columbia, South Carolina. He has two daughters, Nell and Tess, and five grandchildren.

Ken Autrey’s far-reaching life equals the satisfying depth of his poems. There’s a wide world in these pages, and a thoughtful, humble vision. Autrey writes with glorious precision and grace.

Ken Autrey’s poems occasionally take poetry as their subject; more often they ride on the sense-details of their journey from Africa to Italy, from Mexico to Japan. Check out “Sahel” and check out “Manitoba” as seen through the wide-open eyes of the pilgrim traveler.

Every poem struggles not to be
about itself, as it ravels words
like balled yarn looping back
to find an origin, an opening,
a point of departure
for somewhere different.
Notice this time it’s a shade
of blue hovering between
a computer’s electric glow
and the washed vacancy of indigo.
No sooner does that long line,
its period, its color evoking
flat plantations, hint at closure,
than comes another line over
the matted globe, drops a spaghetti-
thin shadow and settles against all
the rest, turning the whole deeper
and more cerulean-spun in the ocean’s
lap or cut from a hank of sky.
Now the effect’s rectangular,
more cleared plot than stranded ball.
It yearns for elsewhere, the way
a plowed field ends at the tree line
but transports you like a carpet
to more open land, a stand
of corn two weeks further along
than yours or a field of alfalfa
ripe for mowing. You see how blue
has wrapped its way to green,
how sickled green makes golden hay.
The growth becomes a journey
to Rumpelstiltskin, his name a woman’s
salvation. She left the knuckle-numbing
straw forever, abandoned her wheel abruptly
as St. Joan, whom saints beckoned
into battle. We are left
with a threadbare tale, snarls of metaphor,
and fire rising like hot words
into a sky colored some blue
that didn’t exist before we started
and will never come down again.

Early heat in our rooms curls
paper. Even straw mats
warm to the touch.
Beneath our balcony
coastal trucks grind
into this tin-roof town.
The market’s murmur
swarms at us, stifles.
Vultures wait.

Conversations we try
lapse into tangles
of questions over steam
from fish stews,
peppered by tall women.
Words between us run
together in the heat.
We know this cannot last.

Night again, and drums
pound through open windows.
Naked in bed
we sprinkle precious water
over one another
until desert breezes
send us thinly
into African sleep.

Let’s be clear about this.
Even the permafrost
will melt someday, whether or not
you and your thousand maybes
are still around to sink
into the resulting swamp.
You’ve driven me to this pipeline
of lies in a jeep outfitted
for rough weather
but damn near out of fuel.

Jonah, you know, also claimed
he was a victim of circumstance,
just got in with the wrong crowd.
But he could have avoided
the nightmare of that sodden belly
if he had only listened.
Others have been here longer
than you and have survived
with nothing more
than an extra blanket,
a case of whiskey,
and a plan for spring.

The bay unfreezes with tropical speed,
I hear. You tell me how the fractured
ice booms, how by midday the channel clears
and waves lap the shore within hours.
Tell me you can’t imagine
the salmon jumping again,
their bodies feathering up
to catch the light
we didn’t know was there.