The Advance Sale Discount price for this title has expired. For those who prefer to pay by check the price is $18/book (which includes shipping) and should be sent to: Main Street Rag, PO BOX 690100, Charlotte, NC 28227-7001. 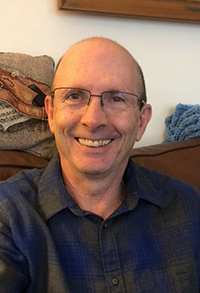 Dave Dragone knows a secret: natural things stand for other, more intangible human matters. Sunflowers, bees, the ocean, the passing of seasons are all indicators, symbols for parts and pieces of our lives. He also knows the obvious: that this is not a secret at all. Nature has always been a metaphor for what we are inside ourselves. This fact is Primal. This fine collection pays close attention. ~Tom Chandler, Poet Laureate of Rhode Island emeritus

In his fine collection of poems, Primal, David Dragone illuminates some of the emotions that drive us all; among them longing, rage, and grief. Our ways of navigating life’s inevitable difficulties through reliance on music, language, and simple perseverance are explored in poem after poem. The most basic elements of nature, those that humans have always been attuned to: the ocean, the moon and the stars, and the seasons weave their way through these accomplished poems, beautiful and mysterious in themselves, and effective as metaphors for so much more. The persistence of hope is personified in the final poem, “Following Sunflowers” as the flowers “tilt their heads toward the shine …as if the world were a prize.” Although contemporary concerns are expressed in some of these poems—political polarities, a virus out of control—the overriding themes in Primal are timeless and universal. ~Ginny Lowe Connors, author of Without Goodbyes

with a bow of horsehair glued to a sliver of branch.
Primal is in the way soundboard wood is forested, cured

and cambered to croon, resonating ring by ring.
Primal is the way tunes flow below the surface –

undertones pitching their vibrations
to move our tuning forks, as if they

were divining rods looking for what sounds
burrow below earshot, as if our orchestras

weren’t subliminal and able to stop warring
with their conductors.

Primal is the way we want applauding hands
to note us before our metronome runs out the clock.

that voices its need, much as every listen to me song
composes all the way back to whatever sky

the trees first fell into, long before any songbird
soared above the world and began to listen

to what jangled their strings through the wood’s tangles.

If you’d been there, you’d have felt the wind
flocking leaves around like birds,
much as everything’s random and unchangeable
like how when Billy swerved

to avoid the deer on the Interstate
getting killed by an eighteen-wheeler
you’d have begun to watch the sunrise
afterwards, a little closer

and if you’d arrived at the funeral
standing in the long line that choked
the church entrances
you’d have remembered you were grateful.

when it came, much as the stars
that would voice their shine
later that night
without regret, or even tribute

and you’d have been surprised
at how their light
seemed enough
to anchor the sky.

I saw autumn ripen, leaving fall to winter.
Trees stripped down, rainbows flagging
as the world browned, unashamed of its age.

I watched squirrels freeze on their haunches
ears tensed for every dropped acorn
that crackled leaves.

They held them in their paws as if in prayer –
hidden hoards held close as the sky
shivered snow on the pines.

Bears slept with the seeds
breath slowed as their dreams
greened under the whiteout.

Bodies curled, cozied to the core
while outside, the heavy snow
kept the sun in hibernation.

Snow swept over itself
until I couldn’t see if any leaves
were still clinging to the branches.

I watched the evergreens
catch the snow without care
leaving fall to winter.