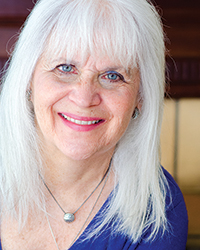 Diane Kendig, a poet, writer, translator, and teacher, has published four previous chapbooks of poetry. A recipient of awards from the Ohio Arts Council (Individual Artist in Poetry), Fulbright Program, and NEH, she has published widely in journals such as J Journal, Wordgathering, and Ekphrasis. A product and proponent of public writing workshops, Kendig has conducted workshops in schools, neighborhood centers and prisons for decades, including a writing program at Lima Correctional Institution in Ohio. In 2011 she moved from Boston to her childhood home in Ohio. She blogs at “Home Again”

Ohio is proud to claim Diane Kendig as a poet and activist. PRISON TERMS reflects her work in the classroom with inmates and her knowledge of history, from Lorca and Mandela, to Ricky Martin and Sandra Bland. She describes herself as a “looter” of literary themes, but in truth, she simply defines the words, the prison terms, to help us understand hard times vs. flat time, mushfake, and the true meaning of the word parole. ~Cathy Essinger

In Ohio, we say Lie-ma, like the bean: Lima Correctional, where Diane taught inmates for decades, where she worried about looting their stories. Relax, Diane, you didn’t steal, you gave: the “fabric of your words . . . redeems.” Innocent until, living until, each of us–inmate, guard, reader–awaits a locked box. It’s not the guard, but the “hospice worker / who remains.” Clear eyed, Diane gives us this truth and so many more. ~Jim Gorman, author of Will Work for Food

Going into a prison is never easy. Over the years, going into prisons to fellowship with inmates has taught me the real incarceration exists in our minds. Diane Kendig lays bare this volatile mix of warring emotions in PRISON TERMS. I’d almost forgotten our experience entering the old Lima Correctional Institution. She reminded me with, “TEACHING IN PRISON.” The vibration was antiseptic and punishing to the spirit. The facility, dungeon-like. Entering was the real challenge. Finding the life-force of poetry in the men the reward. This work is a must read. ~Mwatabu S. Okantah, Poet, Assoc-Prof, Muntu Kuntu Energy Pan-African Studies, Kent State University

None here thinks a pink slip
…is underwear. None here says, “lingerie”
or “as it were.” —William Matthews

Flat time, like a flat rate, is non-negotiable.
It is what you served on no platter, after you,
–not your cover, which was already blown–
were turned down the last time for parole,
a word that used to mean, “word of honor”
and now means, “sooner, but conditional,”
or “man, you are booking,” not to say “booked,”
the start, often, of a very long sentence with no syntax,
though we don’t know that as we are strung along.

When we read your bail amount,
nearly doubled at arraignment,
we could only reason, a typo, but when we spoke
to you about it, by phone, through the milky Plexiglas,
you told us they printed it exactly as announced in court
in no uncertain terms, though capriciousness
came to mind then and in the months since.
I don’t think of these words as terms of art
or anything I can come to terms with
any time soon.

It’s only a photocopy, so maybe
these liney shadows have been cast up
from the reverse side,
when the machine lit on them
one hundred sixty-five years later,
but I believe that Palmer,
on his way to prison, couldn’t imagine
using so much paper,

and after months recounting
his defense to the judge,
(as long as his face were no uglier
than his horse’s, he’d keep his beard)
and his prison privations,
teaching him what inmates mean
by hard time versus flat time,

he looked at the book,
his careful farmer accounts
of plantings and harvestings,
how much he could say then
with catalogues, now interwoven
with the relation of his imprisonment,
appearing not chronologically
but wherever there was space,

and right here he erased
to continue the text, as scholars call
this drafting, x-ing, and rewording,
the sudden appearance of syntax
which he had never employed
to convey the natural order of his life
before sentencing.

SEGISMUNDO, GETTING OUT THE SECOND TIME

A scheme is not a vision. –Leonard Cohen

The first time, I was drugged—
edgy, angry, real young. Today
I wince thinking of it, my pass at my cousin in the bar
and heaving that old guy who kept telling me how rude I was,
like the voices that were telling me that all my life.
Man, that old guy whispering no good no good no good:
I couldn’t let anyone disrespect me like he did.
Dream whiplash: brought in high, in a limo,
back in the joint by the next morning.

Now I know what fathers get us to do
if they get us young enough. What did Chris say
he learned from the army? It’s a lot easier
to get an 18-year-old to kill than a 21-year-old. At 21,
they don’t like the idea. Savage malice, they said I had
as they took me back.