Pulling at a Thread 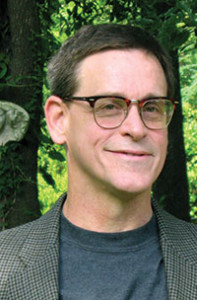 In Pulling at a Thread, Tony Morris demonstrates how following a single strand can reveal life’s patterns in their brilliant complexity. Whether focused on the green-eyed beauty of skulking foxes, Elvis or “monastic buzzards,” he is a reliable guide to the open road and “the coming dusk.” Vulnerability, rescue and escape are among his poignant themes, and no reader will forget the beauty of “the winter’s end a shelf of stars above my head.” This is a collection to savor and share. – R. T. Smith

Tony Morris’s Pulling at a Thread blows down the highway, pedal down, wind whipping through lost songs along the strange twists of a road “stretching out into nothingness.” Madness and heartache whirl and spin apart while past, present, and future slide past, “filled with things we’ll never know.” Even so, Morris keeps seeking what “makes the truth more real,” his poems catching “the whisper of an inner grace” just above—or just below—the noise of the everyday. –Jeff Hardin, author of Notes for a Praise Book

Tony Morris’s Pulling at a Thread is a tour de force cross-country car trip through America. From the first pulse of heartbreak and hope in “Radar Love” to the beautiful sonnets on the seasons at the end of the book Morris takes us on the terrifying and tender journey of the heart’s road to wisdom. Parents grow old and die, children are born, lovers are lost and found in these lush and sensuous poems. There is a fullness and music that that will lift you up. Tony Morris is a true son of Whitman, but he has been nurtured by Dickinson. His voice is America singing.  –Barbara Hamby, author of Delirum

THERE’LL BE A HEARTACHE

He pulled onto the shoulder,
air breaks huffing, stopped and rolled
the window down—outside the air was dry
but cold, early-autumn evening closing in,

and I was eighty miles outside El Paso
with a pack across my back
heading west, because a friend
had died and nothing seemed to fit,
the days and nights too long, or short,
or just too damned complete—

and as the trucker sniffed the wind
as if the smell were new to him,
and flicked a Camel to the ground
and waved me in, I thought I saw a flicker
of a smile beneath the shadow of his cap,

and so I climbed into the cab, slung
the pack into the sleeper in the back
then settled in while on the radio
a tune by Johnny Cash was blasting,
“just around the corner there’ll be heartache.”

And as he pulled the rig back on the highway
he turned to me and said, “Where you headed, son?”
just like that, as if it were a script,
but it wasn’t, and I knew he meant it
as he asked again, “Where’re you headed? You okay?”

and so I told him that my friend had been the smartest
gal I knew, and how there wasn’t anything
you could do to make her angry
or act rude, and how it didn’t seem so right
that someone good like her could die so young
when other’s meanness seemed to keep them going
right on through—

and then we drove along in silence
for another mile or two before Chuck Berry’s
famous tune chugged its steady rhythm on the radio:
Long distance information give me Memphis Tennessee
help me find the party that tried to get in touch with me,

and the trucker asked if I liked the song,
which I did, then he said, “It’s the ending
makes it great”—and sure enough,
it’s true: I catch the strange twist
of misdirection, the snappy, upbeat popping rhythm;

the speaker begging, pleading
for just a bit of mercy: Help me information
get in touch with my Marie, she’s the only one
who’d call me here from Memphis, Tennessee;

the seductive, needy intonation that points us, wrongly,
to lost sweethearts and lovers—only makes the truth
more real: that sweet Marie’s his little
girl from whom he’s been pulled apart,
because her Mom did not agree
And tore apart our happy home in Memphis, Tennessee—

and yet I couldn’t help but smile and tap
my toe to the upbeat rhythm of six-year-old Marie
with hurry home drops on her cheek
wavin’ him goodbye, just like the last time
that I’d seen my friend as I was backing down the drive
and headed South, and how that weekend

we had talked and written down the little
we knew then, and later, back at home, she’d sent
the poems for me to read and I had saved
them all till I got the call and had pulled
them all together, laid them side by side by side,

and knew I’d seen the better part of life
with her there on that night. Then the driver tapped
another Camel from the pack, smiled, leaned back
and shifted as we trucked on down
the highway, miles ticking by outside.

When our daughter was a baby,
she’d sometimes cry and cry,

nor in the whispered words,
the quiet shush we’d loose

while pacing back and forth
across the wooden floors.

Until one night, by chance,
we needed diapers,

and my wife, as tired
as I and needing, if not rest,

at least another’s voice to sooth
the small disquiet in her chest,

lifted Morgan from the crib,
bundled her against the cold,

and together we walked out beneath
the stars that pulsed

against the winter’s crisp
and piled into the car.

And halfway to the store,
heater blowing warm against our feet,

we noticed the muffled
wind that faintly buffeted the glass,

the slapping, even rhythm
of the concrete seams we crossed,

and the silence—but for heavy breathing
coming from the car seat in the back.

and I stumble over clods that still remain
unbroken, hard misshapen lumps like the metastatic
tumor they found lodged in envelopes

on your brain, malignant envoi
that left you wordless, no way to shape
or reshape your days, to cultivate

a different point of view, or bend
a story like you always seemed to do.
A war is waging somewhere

in the east, but I don’t care.
The death in my own house is closer
and more real.

And now, the thin air
on the mountain makes it hard
to breath, yet still I follow

each furrow, pulled behind
the digging blades that cut another rut
into the hillside and wonder if I’ll ever turn

the soil enough to start again,
or if the seeds will even take in this
dry spring. Either way, I know that this will be my last.

I’ve no more stomach for sweet or fresh or new,
And I can’t shake the harvest of my past.

PULLING AT A THREAD

I met him at the park and there we talked,
my father pulling at a loose thread on his sleeve.

And there it was. Simple. Like the fading
zinnias, larkspur, blue sage she’d planted,
now brittle, brown and dying; how to fill
the empty plot after the long season’s run
had spent itself out? And when? And what
arrangement? He leaned back against

the bench, shoulders smaller now
than I remembered, shuffled his feet,
then cleared his throat as if to speak
again. Instead, he fixed his hazel eyes
on me and waited as a blue jay yammered
from a limb above our heads.

I didn’t have an answer. What could I know?
One marriage failed, another too short
to hazard the weight of a fifty-year apostrophe.
Still, I wanted to remind him of the tree
we’d downed in our back yard when I was twelve,
an old sycamore whose spiny seeds

he’d tired of stepping on, the long afternoon
of sawing branches and trunk, tugging, pulling,
dragging brush until we’d cleared the lot,
then stood back and stared at the empty
breach we’d cut, a strange silence between us,
a space we knew we’d never fill.

But I didn’t. I just smiled, dumb, bit
my bottom lip, and watched the coming dusk
descend upon the branches of a dogwood.