Shooting Pool With A Cellist 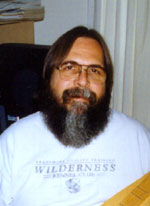 Jonathan K. Rice, originally from Indiana, grew up in Fort Lauderdale, Florida and later relocated to Charlotte, North Carolina where he lives with his wife and youngest son. He received his B.A. in Religious Studies from the University of North Carolina at Charlotte. His poetry has appeared in numerous periodicals, and he is the editor and publisher of Iodine Poetry Journal. He also hosts one of the longest running poetry open mikes in Charlotte at Jackson’s Java, a cafe in the University area.

The Cuban swimming instructor
stood at one side of the pool
at the Y.M.C.A.
talking too fast in broken English
as my brother and I
held on to the other side of the pool
wondering what in the world he was saying
while scraping our toes
and wiping the chlorine snot
off our lips
scared that we would drown.

He blew his whistle
and about twenty of us started
kicking, crawling, paddling, and walking
toward the other side.
We knew he was a madman
when he made us go back and forth
and back and forth
swallowing water and who knows what else
regurgitating as we exhaled
flailing our arms in exasperation.

Hitting the showers
my brother would say,
“Naked City, Man!”
as we stood naked and pink
in our decontamination.

Sammy’s slinging eggs and hash browns,
says he’s got no use
for healthy people
who don’t wanna work.

His front windows face east.
The morning sun
bakes his customers as they eat
their breakfast specials.

No one ever felt sorry for him
and he’s been working
since he was fifteen.

He gesticulates with spatula in hand
wondering why his blinds
haven’t been installed yet
while mechanics laugh goodbyes
without leaving tips.

I’m the last one left
of the morning rush.
Sammy nods his head
and scrapes the griddle.

The taste of coffee lingers
as the waitress offers more
with a serene Hellenic smile.