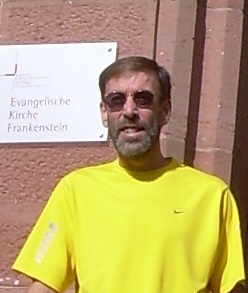 David E. Poston taught for thirty years in various public schools, at the University of North Carolina at Charlotte, and at Charlotte’s Young Writers’ Workshop, and he continues to teach occasional creative writing workshops. His work has appeared in various journals, including Asheville Poetry Review, English Journal, Iodine Poetry Journal, Main Street Rag, Nerve Cowboy, and The Rain, Party, & Disaster Society, and has been widely anthologized. His previous poetry collections are My Father Reading Greek and Postmodern Bourgeois Poetaster Blues, winner of the Randall Jarrell/Harperprints Chapbook Competition. He lives in Gastonia, North Carolina.

For Patty, always with me

David Poston’s Slow of Study does his heart good—and mine too—triumphing out of the old blind bewilderment of sin, improvising toward a grace and roar of words to figure, finally, the way to worlds of dark light waiting to be felt and embraced. –Shelby Stephenson

Despite its title, David E. Poston’s Slow of Study is a jaunty collection with a go-for-broke approach that eschews fear and half-measures.  Some poems wrestle with Jesus and the Old Testament, while others shake the rafters with a kind of rock poetry.  The volume moves toward affirmation not afraid to risk sentiment, ending with the title poem echoing in serenity.  The speed and energy of these poems sweep the reader along in a varied dance. –David Radavich, author of The Countries We Live In

David E. Poston’s Slow of Study is a steadfast, sonically sophisticated collection of strong-headed and strong-hearted poems that never dwell in ethereal or purposefully befuddling linguistic games.  Instead, these poems are sharp-eyed critiques and candid narratives, as well as bittersweet and sometimes bellicose appraisals of Southern religious experience.  Too, these poems are often genuinely humorous.  Consequently, there’s real love in this volume, a love not merely for the world in which contradictions and hypocrisy enrich the wit and the contours of the poetry, but clear appreciation for fiery motifs: family, death, Christianity, and love itself.  Poston shows us places “where the grass ain’t greener at all…” where the voice is unafraid to sing with fertile lyricism and creative candor, where the poet is unflinching but never reckless, where true originality blossoms from bald, often desolate truths. — William Wright, Author of Tree Heresies and Night Field Anecdote Series Editor of The Southern Poetry Anthology

lies now on moss and knotted roots
along the Davidson River hollows,
as sunlight climbs over Looking Glass Mountain
to dress the crumbled logs in silver mesh.

Though I am not there, I know
how autumn rain slops ashes over
charred wood and blackened stone,
how soon keen air will swirl with snow,

Read over someone’s shoulder,
someone you don’t know. Get captured, thrilled,
pulled in. Never stay for the turning of the page.

Ask directions to places you’ve never heard of.
Find that Virgil in every town
who will walk you through time and space,
hang on his every word, then
forget them all.

Make up new names to use when we’re
all talking behind each other’s backs.
Use them carefully,
so we don’t know whom we’re gossiping about.
Be especially kind to those of us who pretend we do.

Take pictures of your neighbor’s pets.
Put up lost-and-found posters around the neighborhood.
Make sure you offer generous rewards.

Write passionate love letters, long painstaking
Johnny-Gone-Off-to-War to his darlin’,
tender sweet innocent paeans of devotion,
and end them
with the tearstained admission
you could never bring yourself
to reveal who you are, though you lie awake at night
dreaming of being in your secret beloved’s arms.
Ask strangers to burn them.

Smooth-humped stones line the gray path.
In July the herb garden is only sticks
and bleached signs curling in the heat;
even the beetles scatter dust.
But around sudden corners the water-
strings spiral through the thick air,
plucked by unseen fingers
spreading faint tinkling brass
and the laughter of bells
dancing in the hollowed pools,
trickling away through the mosses.

St. Francis bows his cool face into
the gentle chiaroscuro of the goldfish pond
swirled by dangling fingertips.
Washed over by the circling hum of the city,
this is the ebb-time,
under a mazy canopy of vine and branch
woven by birdsong and splash of wings
blue-gray, white-tipped, brown-speckled, scarlet–
God’s bright trinkets. Even the least of these
finds cool shade here, a deep spirit-draught,
a music that is never still.