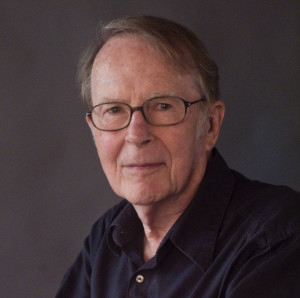 David Treadway Manning, a California native, was winner of the North Carolina Poetry Society’s Poet Laureate Award in 1996, 1998 and 2006. Twice a Pushcart nominee, his poems have appeared in Southern Poetry Review, New Orleans Review, Tar River Poetry, 32 Poems Magazine, Rattle, Slipstream and many other journals. He was winner of the Sam Ragan Poetry Prize in Crucible’s Summer 2009 contest, and of the 2004 Longleaf Chapbook Prize for The Ice-Carver. His full-length collection, The Flower Sermon, was a runner-up in Main Street Rag’s 2007 poetry book contest. His eight chapbooks also include, Out After Dark (2003), Detained by the Authorities (2007), and Light Sweet Crude (2009), all from Pudding House; Continents of Light (2010) and Genes (2013), both by Finishing Line Press, and The Girl Who Came Out with the Stars (Old Mountain Press, 2012). He is the current convener of the Friday Noon Poets of Chapel Hill and was coeditor of Always on Friday (Katherine James Books, 2006), an anthology of poems from that group. Dave lives in Cary, North Carolina, with his wife Doris where he enjoys the out-of–doors.

These wise, meditative poems invite us to turn away from the business of life and come into “the secret place / of the heart, in the solitude where / no word is spoken.
Dave Manning’s love for “this failed trial world” is almost a prayer, almost an act of worship. “There is so much here to break your heart” ––Joanna Catherine Scott

Soledad contains desert colors and a faceful of cold moss, “the sound of listening”  and the sound of an ice maker in a hollow house. Old friends might change into trees;  the Big Bang meets birdsong. David Treadway Manning enlists quietly observed  details in the service of reflections on time and distance. “The sound of two wrens  answering” is a wonderful ending. —Sarah Lindsay

Soledad, David Manning’s soulful new book of poems, is a wonderful celebration of locus. Manning, our trail guide and Muse, possesses the eye and acumen of a botanist and the sensibilities of John Muir and Gary Snyder at once. By dint of his own capacious imagination and arsenal of language, Manning recognizes each signpost on the plat, claims it, christens it, forgets nothing –- those topographies upon which the poet firmly and devoutly plants his feet in any given moment, as well as the harrowing precincts of the heart in between. —Joseph Bathanti

This is clearly the book that David Manning was born to write. Soledad is a book that both instructs and delights, in the classical sense. It instructs us how to see, how to love the natural world in all its variety of wonders, and it delights our senses as it describes, to use his own words, “the robed heron, the firegreen duck,/the waving grass, the proud dead tree. —Anthony S. Abbott

Wind that came in the night
still bangs and startles the house,
a full gale under the slaty sky.
I get up and light a fire in the dark.
Hugging myself, I sit in the orange
firelight listening to the sound find
its way through walls and rafters.
I am hushed by the surge of voices,
seeking their pitches in the chorus.
Outside, wind
tests every instrument for eloquence—
a forgotten bucket against a downspout, ice
shaken from dead oak leaves, a broken limb
on the garage, an acorn shower on my car.

Then, from the vast organ-loft of sound
a note like a voice rises through the clamor.
It is like a lament, pleading for the many,
more insistent than prayer.

Maybe it is with us all year
like a river, its source hidden
in another season. I have known

its arising in June, the first cool
smell of morning in a doorway,
cold odors of eucalyptus and earth.

Then, in the still and early light,
a few silvered cherry leaves like
moth wings, drift to the grass.

Deep in the oaks a wood thrush
flutes one note and its echo hushes him.
A cloud-shadow sweeps a wave
where grass waits then grows again.

Somewhere, a summer tanager—
bird with no address—
grinds his hurdy gurdy song.

On the garden path,
a torn phone note —
a number without a name.

torn in the night
like water maples
from creekside slopes.

Wind takes the forgotten,
too impoverished
to even disappear, like

scoured from the genealogy
of the good, of wasted
seed. It matters not—

from their tumbling
thistle-balls in the
chaotic dark, from

strands parting like oak
roothairs that once
clasped each other

underground, deep,
before the great
quake.