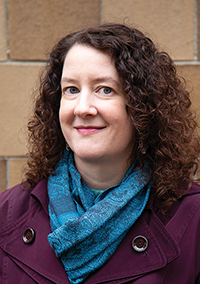 Carrie Conners, originally from West Virginia, lives in Queens, NY and is a Professor of English at LaGuardia Community College-CUNY. Her first poetry collection, Luscious Struggle (BrickHouse Books, 2019), was selected as a 2020 Paterson Poetry Prize Finalist. Her poetry has been nominated for a Pushcart Prize and has appeared in Bodega, Kestrel, Split Rock Review, RHINO, and The Monarch Review, among other publications. She is also the author of the forthcoming book, Laugh Lines: Humor, Genre, and Political Critique in Late Twentieth-Century American Poetry (University Press of Mississippi, 2022).

It’s a true pleasure to read poems unafraid of mixing gravitas and levity in such satisfying measure. It’s also gratifying to find Conners building on the strengths of her first collection, again offering evocative narratives from her blue collar past while weaving within these stories her astute and wry observations on the perplexing quotidian of chaos within which we live. Conners reaffirms that she is clearly one of our most important younger voices.  ~Marc Harshman, Author of Woman in Red Anorak (2017 Blue Lynx Prize), and Poet Laureate of West Virginia

In Species of Least Concern, Carrie Conners writes working-class true right down to the bone. In “Negotiations, Wheeling Pittsburgh Steel and United Steelworkers of America”: 5 pile in to Martinelli’s boat of a Cadillac, crank the windows down, turn the radio up. Conners drives details hard, punching phrases in delightful prose poems. She conjures warmth from collisions of life’s strangeness: …the Krishnas had built a Taj Mahal in the WV hills… Journalists couldn’t resist “Almost Heaven” headlines. ~Jan Beatty, The Body Wars, University of Pittsburgh Press

To get to the Pittsburgh Hilton where my dad, president of United Steelworkers Local 1223, was put up by the union during contract negotiations with Wheeling-Pittsburgh Steel, my mom had to merge our ’82 Ford Escort in city traffic. The same woman who, despite her religion, cursed like my dad, a swearing savant, when she had to cross a sleepy stretch of Rt. 2 in tiny McMechen, WV, oh for shit’s sake!, to start the 10-minute drive home from my grandparents’ house. So, we circled the same city block until we were all nauseated and I wailed I’m never going to see my Daddy again! We made it somehow. We each remember the trip differently. My brother, the Pittsburgh Pirates game, the ballcap my dad bought him, hotel waffles as big as your head; me, petting the dinosaur femur on display at the Carnegie Museum, seeing the nightmare T-Rex skeleton; my mom, discovering her first grey hair in the hotel bathroom; and my dad, trying to make everyone laugh, stuffing his cheeks with ballpark peanuts like a squirrel in October, while wondering if the old-timers would get to keep their pensions, how he could convince the young guys to swallow another pay cut, if this was the beginning of the end.

It was tough to get comfortable, even with the pillow from my bed cushioning the door handle, the lap belt digging into my side, legs scrunched to avoid kicking my older brother who was curled up on the other side of the car’s backseat, but I usually fell asleep by the time my mom had parked the Ford Escort across from the steel mill to pick up my dad from afternoon shift. My brother and I would wake up and watch the workers stream out at shift change, most in blue jeans, energy like the school bell ringing at three o’clock. We’d try to spy the man who looked like Santa Claus, if he decided to braid his white beard into a navel-long plait. We’d fall back to sleep after some quick banter with my dad when he slipped into the passenger seat Ace that test today? He always whispered, even though we were awake. Sometimes I’d stay up on the ride home, watch the passing lights bathe the car along Route 7, count the blue ribs of the bridge that took us across the Ohio River back to West Virginia, back to our house across from the state pen, not knowing that our late night trips were because dad couldn’t drive for a few years after the last DUI, the one that made mom give him the ultimatum, that pushed him to go dry out at the clinic for a few months, missing Christmas so he could carry our limp bodies from the car to our twin beds, pull off our sneakers, tuck us in.

The bus sighs, rolls down the street
just as I turn the corner, power walking
through soupy NYC summer air. Late
for therapy again. I open the cab door,
Whitney Houston, “I Get So Emotional”
blasting. The world is trolling me.

It’s the same week of that Facebook post
“The #1 Song on Your 14th Birthday Defines
Your Life!” Friends have “Vogue,”
“When Doves Cry,” “Baby Got Back.”
Cool or cheeky or sappy nostalgia. I get
Meatloaf’s “I’d Do Anything for Love (But
I Won’t Do That).” It was #1 for 5 weeks.
A 12 minute melodramatic power ballad
with confusing lyrics—what the fuck is “that”?—
belted by a cartoon of a man = my life?

Meatloaf claimed his words were clear,
but his choice of coordinating conjunction
obfuscates (replacing “but” with “and” would help)
and the basic premise confounds. Why would
anyone “stop dreaming of you every night
of my life” or “forget the way you feel
right now” for love? Don’t get me started
on the double-negatives. But as I peel

myself off the pleather seat, his plaintive
postulation on loop in my mind, “Maybe I’m lonely,
that’s all I’m qualified to be,” I begin to think
the Facebook post clairvoyant. Walk down
the steps to my therapist’s basement office
where we discuss my latest failed attempt at meditation—
struggling to quiet my mind resulted in shouting, “Shut
the fuck up!” at myself and the disembodied British man
with infuriatingly soothing therapy-voice from the app—
and try to figure out why, despite a regimen
of therapies longer than Meatloaf’s song
(antidepressants, Vitamin D, regular cardio,
massage, B Vitamins, light box, yoga, omega-3s,
deep breathing, sensory deprivation, aromatherapy,
sleep, etc.), a fulfilling personal life, and professional
success, I feel lead-footed. Walking through the world
wearing a weighted blanket (I tried one of those, too).

Just like I felt when I rolled my 14 year-old eyes
at his vibrato in the backseat of the car as my mom
drove me to swim practice, secretly wanting
to scream along with his duet partner, “Will you
help me get right out of this godforsaken town?”
When I was an alien in sleepy West Virginia who
could only breathe after she dove into the pool where no one
could see and water swallowed all the world’s noise.

My brother and I danced around our bedroom to the finger
cymbals’ rhythm, singing Krishna Krishna Hare Hare
as penitents in saffron robes marched the length of the WV
state penitentiary across the street. Swami inmate Tirtha das,

born Thomas Drescher, convicted murderer, was on hunger strike
claiming religious discrimination. A few years before, the Krishnas
had built a Taj Mahal in the WV hills, called it the Palace of Gold.
Journalists couldn’t resist “Almost Heaven” headlines.

By the fourth day of the protests, we weren’t dancing. The number
of demonstrators increased each day, they even brought a baby
elephant, Malini, who performed tricks. People came from neighboring
towns to see it, a free circus. Enterprising locals sold sandwiches

and coffee. The nearby ice cream shop was down to White House
Cherry and French Vanilla. We covered our ears. Wondered
if the chorus would ever get out of our heads. Finally, Governor
Arch Moore convinced the warden to allow the swami to prepare

vegetarian meals in the cafeteria for himself and his converted inmate
followers. After the crowd left, the silence had weight. Any sound
that mimicked a drum beat or a cymbal crash stiffened our backs.
We’d hum the chants to get under our parents’ skin over the next

few months. But, the whole thing faded like a shadow swallowed
by nightfall, especially when the pen shut down in 1995, years after
a judge declared its living conditions to be cruel and unusual punishment,
and the steel mills shuttered and the coal mines closed, leaving the town

deflated like the big top on a carnival’s last day. Soaped up shop windows
on Jefferson Avenue, the main street, a few blocks north of the pen,
the Strand Theater’s marquis rusted and crumpled. The prison
chaplain, who clashed with the swami, left to preach
in Ohio, taking his daughter, my best friend,
with him. The whole town’s population
thinned, outnumbered by the ghosts
of prisoners skulking peeling
penitentiary halls.