THIS IS NO LONGER A MAIN STREET RAG TITLE. IF YOU STUMBLE ON THIS PAGE, DO NOT ORDER. 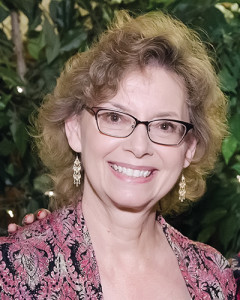 Berwyn Moore is the author of two previous collections, O Body Swayed and Dissolution of Ghosts, and editor of the anthology, Dwelling in Possibility: Voices of Erie County, her primary project as the inaugural Poet Laureate of Erie County. Her poetry has appeared in numerous journals including Measure, Southern Poetry Review, and JAMA and has received many awards, including the 2015 James Dickey Prize. Before teaching, she worked as a reporter and a respiratory therapist at a children’s hospital in North Carolina. She is currently professor of English at Gannon University and lives in Erie, Pennsylvania, with her husband Robert.

Elizabethan elegance, light, and fire-crack pervade this terrific collection. In sizzling couplets and delicious sonnets, Berwyn Moore is ever the melodist—and ever more the skeptical interrogator (of the body, of love, of angels not us). “Now you have scratched into my dreams,” says the speaker to the rat, and now these poems have scratched into mine. Who could want more from a book of poems? —Alan Michael Parker

A subtle alchemy infuses Berwyn Moore’s Sweet Herbaceous Miracle. Under the spell of her lexicon. a vagrant woman transforms into an angel, wasp bites become stigmata, and a cardboard box turns into a mysterious, sacred dwelling. Her Blakean visions are bound to beguile and leave the reader craving for more. —Megan Sexton

The ghost of Dickinson haunts these delicate meditations on love and death and transience. They arrive like good news, like spring flowers from the garden. And I can hardly think of a poet, especially in our plain-speak, laconic times, who better reminds us of the sheer lusciousness, the rich organic resources, of the English language. Reading these poems by Berwyn Moore is to fall in love all over again with your own tongue.  —George Bilgere

Sweet Herbaceous Miracle, Berwyn Moore’s third collection of poetry, is a lush, compelling book that celebrates the profligate complexities of the human condition and the natural world—through subjects as wide-ranging as rats, artichokes, cancer and marital discord.  Moore’s sumptuous linguistic gifts, observant eye and deftly wielded ironic sensibility are at work in full force here, teasing out the confounding but also rewarding. Hers is a voice that surprises and gratifies at every turn.  –Beth A Gylys

The way milkweed pods flurry
on the limbs until rain intervenes.

The way contrails linger like cirrus,
a sigh, a ribbon of breath. The way

a zeppelin floats or a skateboarder
kickflips above the rim. The way ants

crawled out of the banana, still unpeeled,
the oh and shine of your gasp, sweet

herbaceous miracle, you said, then flung
them over the balcony where they caught

in the current, a momentary failure
of gravity. That summer at the lake, you

stood on the shore puffing your pipe,
not quite oblivious, when your not-yet-three-

camera swinging from your neck, you plunged
into the murky silence, water-logged shoes

dragging you down, tobacco flakes rising.
When finally your fingers brushed her belly,

you grabbed her, cradled her to the surface,
hair matted with leaves, fingers clutching

your tie, sweet mouth stealing the air.
The moment relinquished its grief

and glistened, the air a bright cacophony
of wings. The way, even now, as snow

eclipses the trees, you recall it—
and clutch the edge of doom like a wall

that will keep you upright, the oh and shine
of your gasp welling up, your lips quivering.

Purge me with hyssop and I shall be clean.
Psalm 51:7

Breathe it. Eat it. Steep it for tea.
Expectorant, carminative, antiseptic.

Use it to paint lamb’s blood
over your doorpost, cleanse leprous

sores, drip vinegar into the mouth
of the dying savior, cure camphorous

breath, disengage the gossiper.
Sorrows collect in the corners

as the young woman who flags
me down on my country road.

Her name is Freedom, and all she
wants is a shower. I take her home,

cancel my appointment, and let
her bathe and use my brush.

I feed her hot soup and fill a paper
sack with raisins, canned tuna,

a sprig of hyssop, then return her
to the highway where she disappears

in the mist. I drive away, certain
I have entertained an angel.

The angel, the one you knew in fourth grade,
slips in, quiet as the scent of gardenia. She’s

the skinny one, her off-key hum soothing
as a purr when she counted the broken bones—

four—in your left hand. Now she has heard
your summons, the chaos of whispering

in the corner. The crumpled note the night
he left. The ground too soggy for burial.

She crosses her legs, taps her ancient fingers
as though she’s bored, but you ignore her,

concentrate on the daddy longlegs dangling
in the window, the refuge of cold tea, the smack

of the Times against the front door—anything
but her imposing glare. She understands

the weight of night, how it pushes you down
and sits on your chest like the kid who pushed

you off the jungle gym, how it suffocates
you with what-ifs and if-onlys. Like now—

if only you’d acknowledge her, give her
permission to shush their rants and hustle

their gauzy forms out the door. But hurry.
Soon it will be too late—the light rushing

in, dissolving them in its prism of color,
breathless, if only for a day, until darkness

rouses them again. But you turn her away.
What would you do without their company,

the squabbles that feed you, like gristle
and sour wine, the discordant hum—

if only, if only—that covers you like wet wool?