The Almost Sound of Drowning

* * * This manuscript was selected for publication as a result of entering the 2008 Main Street Rag Poetry Book Award. The Almost Sound of Drowning finished as a runner up. * * * 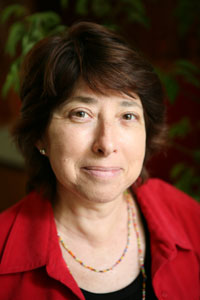 Joan E. Bauer was born in Los Angeles, and for some years, taught English and journalism in public and independent schools. With Judith Robinson and Sankar Roy, she co-edited Only the Sea Keeps: Poetry of the Tsunami (Bayeux Arts, 2005). In 2007, she won the Earle Birney Poetry Prize from Prism International, and her chapbook, Another Country, was published by Pudding House Publications. Her poetry has appeared in The Comstock Review, 5 AM, Italian Americana, Poet Lore, Quarterly West, and several anthologies. She divides her time between Laguna Beach, CA. and Pittsburgh, PA.

The Almost Sound of Drowning is a stunning book in praise of courage, in praise of the voice that dissents, that wonders, explores, and risks. In clear strong lines, Bauer makes ravenous leaps as she interweaves the historical and world landscape: From Gertrude Stein to V.S. Naipaul, Paracelsus to Simone de Beauvoir, Chekhov to Wild Bill Hickok to a friend in a psych ward–always moving toward the question: what have we learned as citizens of the world? There is a strong heart at the core of these poems, a seething love of humanity that is unstoppable. From Bangkok to West L.A., from Hanoi to Basra to Darfur, Bauer unravels the nexus of indictment and compassion: what does it take to continue?

“One day I will live in a house of pianos…./ …I’ll say goodbye to the River of Emptiness,” Joan Bauer writes in one poem, and this marvelous first book is well on its way to doing just that. Counterpointing history and autobiography, taking us from Schroedinger to Basra, mermaids to Oppenheimer, high school friends to the Cuban missile crisis, and taking us through several recent political and social disasters, Bauer looks to find a meaning and a reason to love in a chaotic and often savage world. For ultimately this is a book of embraces, of ways to clutch and console, to reveal the essential humanity that lies beneath her diverse scenes. “Tell me that story again,” we want to say with her after reading this fine book, and if we want Frost’s delight mixed with wisdom, we will.

Joan Bauer is an engaged poet. This means she is not alienated. She is a poet of the lyric narrative in which the personal and the public, the headlines, converge. Notice that I do not say political. There is beauty in these poems, and sanity. They move the heart, as well as the mind.

Give me the world that Goedel saw:
Of undecidability, of atoms there,
yet not there. I’ll take that cat
of Schroedinger, both present
and not present.

I’ll take the sub-atomic scale.
That Heisenberg, he had it scoped.
Track that shy electron,
knock it on its blessed ear:
the act of measuring itself
distorts what’s being measured.

Give me sweet uncertainty:
the last days when you turned Buddhist
in our living-room-as-hospital
with nurses drifting in like ghosts.
I’ll take the uncertainty of morphine,
oxygen, pills, all the crazy calculations,
just to see your eyes again.

Your karma took you to a far-flung world,
a place that serves fried chicken
with volumes of Einstein,
Will Durant, e.e. cummings.
You’re making wisecracks,
like you think you’re Sgt. Bilko.
You’re playing Paracelsus,
turning lead to gold.

God save us always from the innocent and the good.

The airport, a strife-worn shell, encroached by green.
Flood fields of rice, water buffalo. I am alone,

to sell their thin-paged books. “You are Chinese?”
(My Cherokee eyes miscast me everywhere)

“In school we study English every day!” Dusty bus ride
to the City of Lakes. Shift-streams of jeeps, old bikes,

In Hoan Kiem, I find a glistening lake. Yellow blossoms
frame the view: a crimson bridge, legs like lanky cranes.

At dusk, I see pagodas melt to grey. Two frail, white-
bearded men, silent on a bench. “Not one angry glance,”

I whisper to the sky. “They won, so now they like you,”
sky replies. “The sin of pride was yours, don’t you agree?”

By night, the city swells with steaming pots. A street-side
feast of pho, with clams and eel. An ancient grandmere

shakes her head and smiles, “You have no children?
Sad! So sad!” Sidewalk smoke floats past the flowers.

built of tin, cheap wood. A hundred years of conflict.
They survived. Beneath the Hanoi moon, I saw it there.

They were flying steady in the winter of ’56,
from Nevada, the B-25, six men on board,
three pilots and crew bound east.

At a stop in Oklahoma, the snow was heavy.
They scraped ice from the propellers.
The plane lifted like a prayer.

Late afternoon, heavy in a cloud bank,
high over the snowy farms of Butler,
the fuel gauge jolted. Thirty miles from Pittsburgh.

The pilots wrestled her steady, downward-
Find me a hole in the overcast! Someplace!
A field! No, the river!

They lowered the flaps, sailing the stunned bird
into icy waters. It shuddered, settled, sank.
Four men clung to river logs and lived.

At river’s bottom, a rusted swan sleeps.
The carp nose her shell. Beside her,
the remains of flatboats lost, with settlers

heading west, the flints of the river’s
First People, ten thousand years before.
One day, the glacier will return,

bury this shore, the sycamores, slagheaps.
For now we live, cling to what we can.
A log, a limb, what falls into our hands.